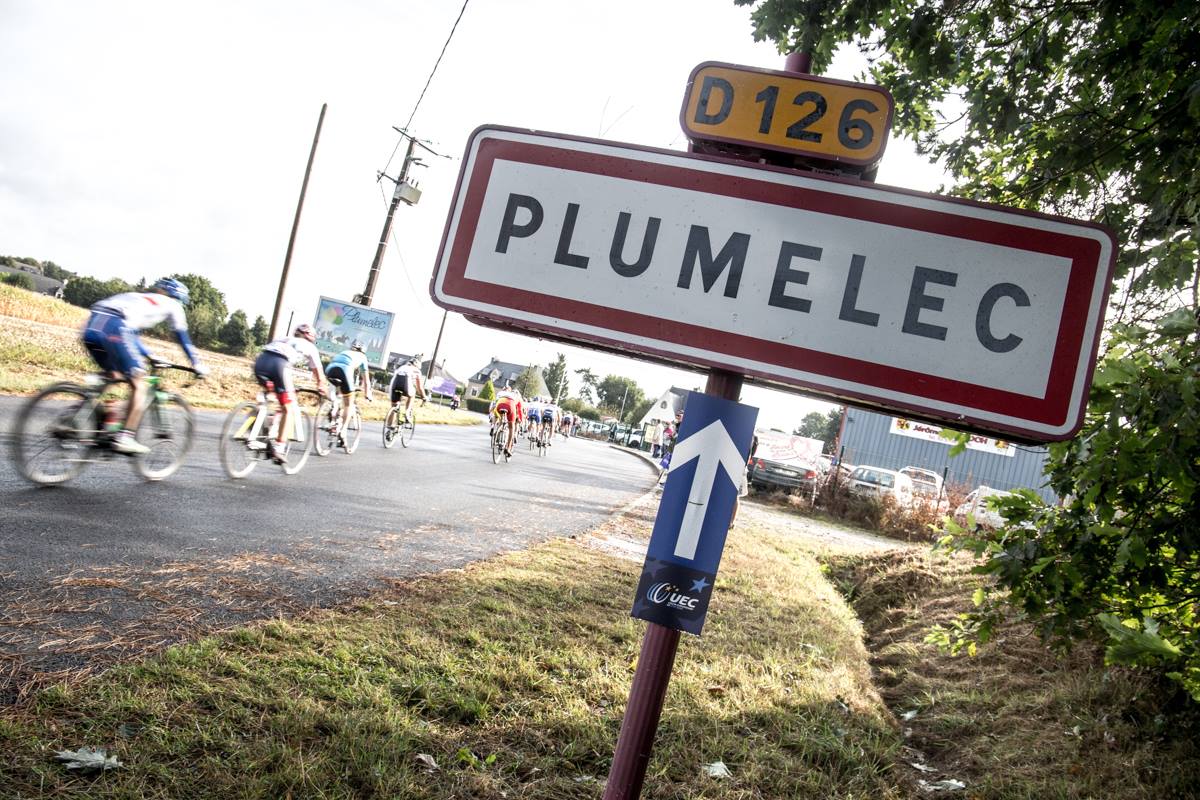 Less than 12 months after taking the rainbow jersey, Peter Sagan (Slovakia) took his next major international championship win when he took a dominant victory at the European Championships.

Despite limited team support, he turned out to be in a class of his own in the uphill sprint on the Cote de Cadoudal where he easily beat Julian Alaphilippe (France) and Daniel Moreno (Spain) into the minor podium positions.

The finale of the race, to which elite riders had access for the first time, saw Moreno Moser rider away from the front group with kilometers to go but the Italian was caught at about two kilometers from the finish.

His compatriot Davide Villella then tried his luck but he as well was caught by a small peloton led by Gianni Meersman.

In the final sprint, all eyes were on reigning World Champion Peter Sagan and the Slovak did not disappoint, crossing the line well ahead of Frenchman Julian Alaphilippe and Daniel Moreno of Spain. Samuel Dumoulin (France) and Petr Vakoc (Czech Republic) completed the top five.

“Sagan is beatable,” Alaphilippe said. “He’s human but he’s also an exceptional rider. I’m aware that I’m second behind the best cyclist of our generation. I can’t be completely satisfied to come second, but I can’t be disappointed with the silver medal today. We rode well as a team. We were very motivated by this European championship and we took our responsibilities.”

“Slovakia had nothing to lose,” Sagan commented. “Had the European championship taken place in Nice as it was planned, I wouldn’t have participated for sure, but when I heard it was going to be here, I thought it was a great opportunity and I decided to come two weeks ago. I’m glad I chose to do it even though I have very little time to enjoy my victory because I have to go to the Eneco Tour [by private jet] to chase WorldTour points. I believe the Eneco Tour will also be a good preparation for the Worlds. I’ll take a bit of a rest in the meantime. The European champion jersey is an insurance for next year. If I don’t retain the rainbow jersey, I’ll be happy to wear this one.

“It’s already been a too long season,” Sagan added. “From January to mid-October… what to expect in mid-October, I don’t know. It can’t go bad for me in Qatar anyway. If I win again, it’ll be something extra, but otherwise it doesn’t matter because I’ve already won more than I could expect this year.”

The hilly 236-kilometer race through Plumelec in France’s Brittany region saw a number of attacks throughout the afternoon. Estonia’s Risto Raid, Ukraine’s Andrii Bratashchuk, Switzerland’s Pirimin Lang, and the Netherlands’ Bert-Jan Lindeman formed the main early breakaway, opening up an advantage that topped out at more than 11 minutes. A hungry peloton gradually reeled in the move in the second half of the race, however, setting up a string attempted escapes.

Chasing from Italy, France and Belgium reduced the gap to all the moves in the last hour of racing, which led to the much-awaited sprint finish. Sagan himself rode behind Moreno Moser (Italy), who tried his luck by himself with 10km to go after his compatriot Fabio Aru was part of the last breakaway group caught with one lap to go. Another Italian, Davide Vilella, was the last man to attack, but the top riders appeared in the last curve in front of a large crowd: Sagan, Alaphilippe, Moreno, Samuel Dumoulin (France) and Petr Vakoc (Czech Republic).