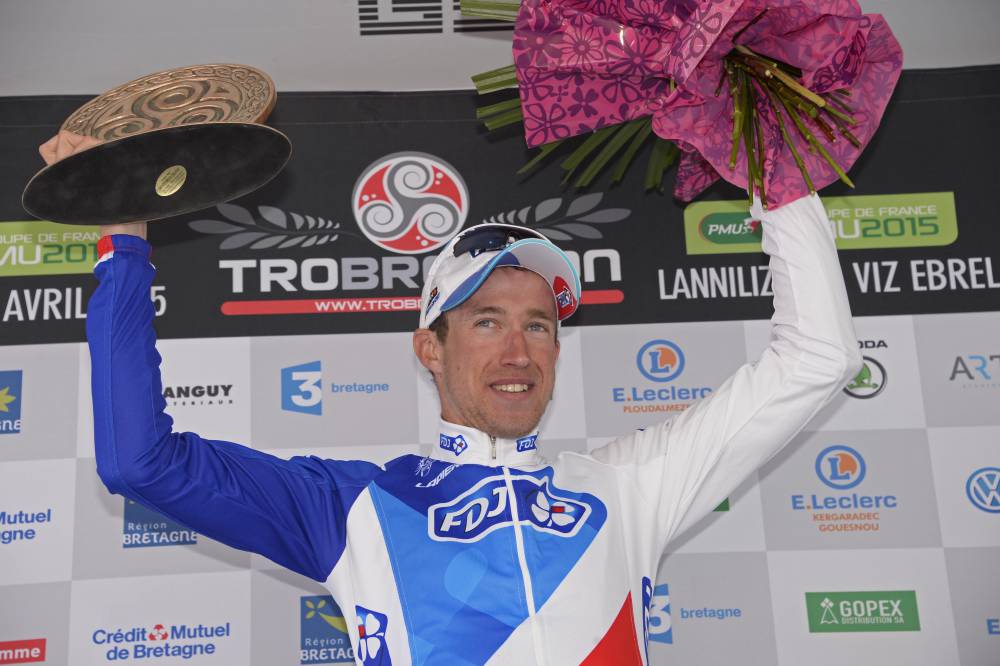 FDJ’s Alexandre Geniez was fined 200 Swiss Francs by race officials for ‘improper conduct’, after an altercation with AG2R-La Mondial’s Hubert Dupont at the conclusion of yesterday’s stage 3 of the Giro d’Italia.

A spectator captured the incident on video, which showed Geniez grabbing Dupont’s jersey.

A race official is seen intervening in the altercation, where Geniez finally rides off, leaving a stunned Dupont behind.

It’s unknown what led to the confrontation between the two, but there was a crash during the final 11 kilometers that made have sparked the incident.