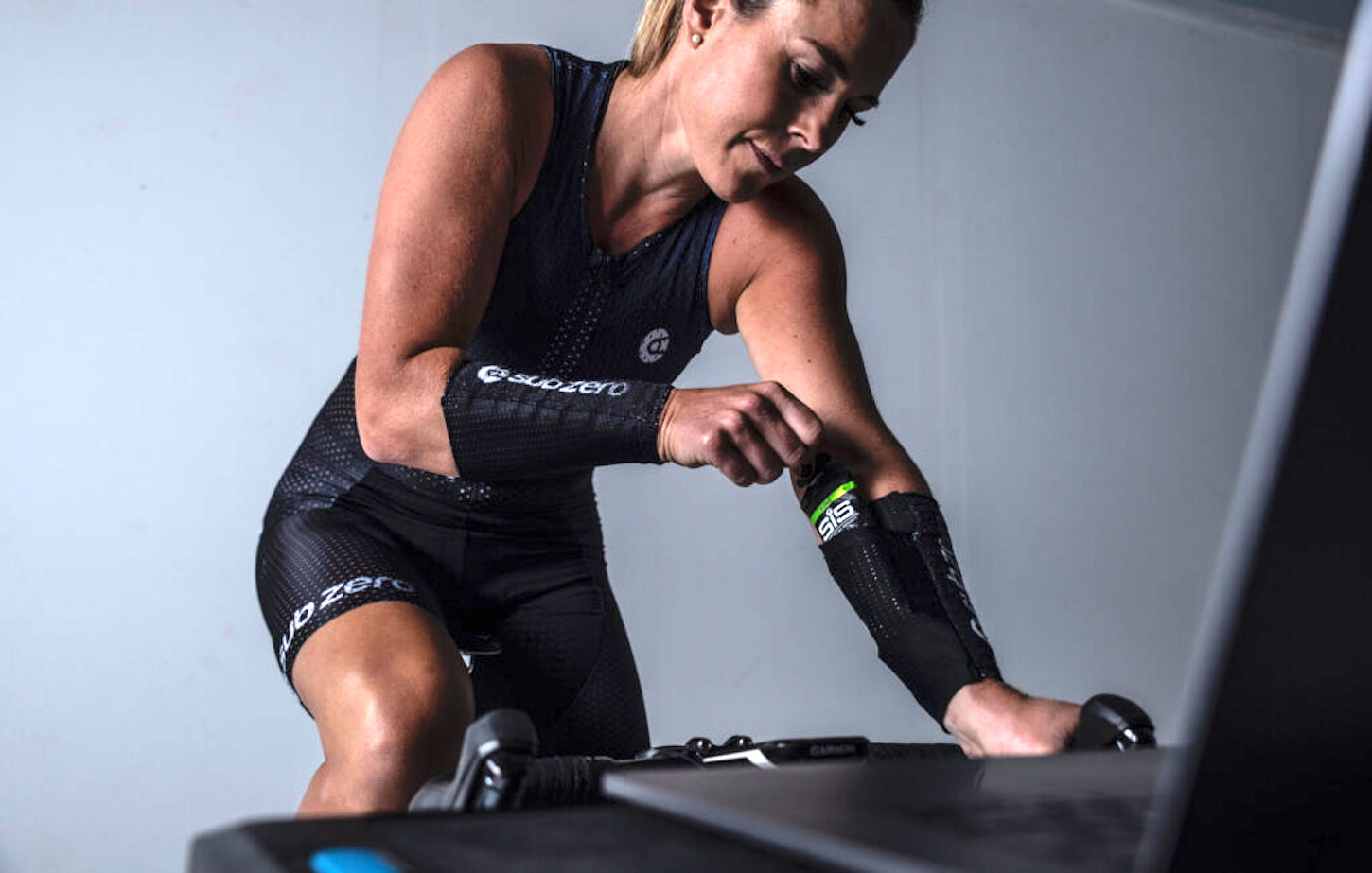 As unveiled, the SubZero kit consists of bibshorts, a sleeveless skinsuit and wrist bands that feature pockets where frozen gel packs can be added.

According to NoPinz, the gel packs are designed to keep the cyclist’s core temperature down during rigorous workouts.

“The gel packs help to keep your core temperature down, meaning less energy goes into the body, cooling itself and more blood reaches the muscles that need it to produce the watts!,” says NoPinz.

In addition to the gel packs, the bibshorts and sleeveless skinsuit are constructed from a material that NoPinz describes as “ultra-breathable wicking fabrics”, along with a chamois pad that’s been specially designed for indoor riding. Moreover, both garments come with two sets of interchangeable gel packs that can be swapped out during longer training sessions.

“Cooling the body during indoor exercise is vital to prevent overheating, dehydration and the resulting reduction in performance. While many of today’s elite e-racers have found that using multiple fans and air-conditioned rooms gives them a competitive edge, these aren’t always solutions that everyone can access. In contrast, SubZero provides a marginal gain and performance advantage that is accessible to all,” explains NoPinz.

We just received the SubZero kit and all of it’s gubbins for review. As you can glean from the images, both the skinsuit and bibshorts arrived with copious amounts of icepacks – complete with their own stylish carrying case.

At first glance, the quality of the skinsuit and bibshorts is readily apparent, which feature exceptionally lightweight, highly breathable fabric, that needless to say, is aimed at keeping the rider cool during rigorous indoor workouts where airflow is a commodity, along with what appears to be an extremely generous chamois pad – something that’s vital to one’s posterior while plopped on the saddle for extended periods of time.

Now that the mercury has begun to plummet here in New England, we’ll be taking to the indoors to conduct a thorough review of the SubZero -with a detailed analysis to follow.

In the meantime, you can learn more about the SubZero by visiting NoPinz’s website here.