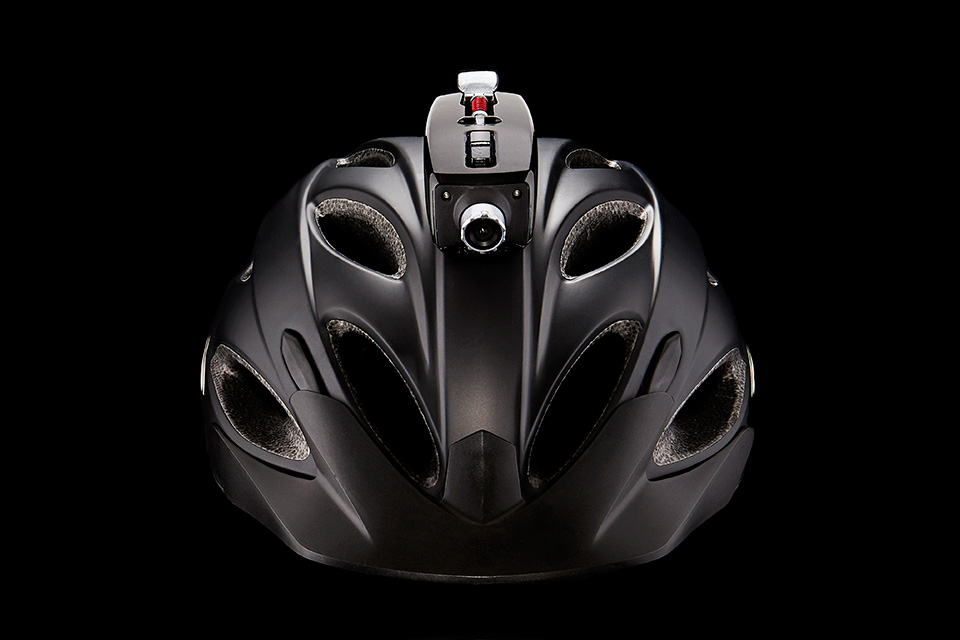 FUSAR Technologies has created an action camera which they say can turn any helmet into the “Swiss Army Knife” of helmets, with its new Mohawk action camera, which encompasses everything from a camera, activity tracker, Bluetooth 4.0 communication device, GPS, black box, Wi-Fi capability, to an emergency response system all in one device.

According to FUSAR, the Mohawk is the most aerodynamic mounted camera on the market, which allows users to capture 12MP photos and shoot 1080p video at 30 or 60 FPS via the touch of a button on a handlebar or wrist-mounted remote.

Indeed, a short press of the button on the Bluetooth remote control, can instantly snap a photo, while a long press on the button goes to video mode. From there, the media immediately syncs to one’s smart phone, and real-time videos can be instantly uploaded to social media with FUSAR’s HotShot feature, which can be activated anytime to save the last 15 seconds of footage, even if you’re not in record mode.

In addition, the Mohawk can be synced to one’s smartphone, to provide users with walkie-talkie style communication and GPS tracking for up to 12 fellow cyclists.

Want more? The Mohawk has onboard sensors, so off-road cyclists can capture air time, degree of lean, via the built-in 3-axis accelerometer, magnetometer, and gyroscope.

Additionally, the Mohawk has an important built-in safety feature, wherein an alert automatically goes out via text message and email, in the event of a crash. It also provides them with a map to one’s precise location and the phone numbers of the three nearest EMS dispatchers.

Furthermore, when a cyclist goes down, the black box records the last two minutes of audio and video, to include one’s speed and direction of travel.

If you’re not already exhausted with details 😉 , you can learn more about the Mohawk, by visiting FUSAR’s website at: http://www.fusar.com