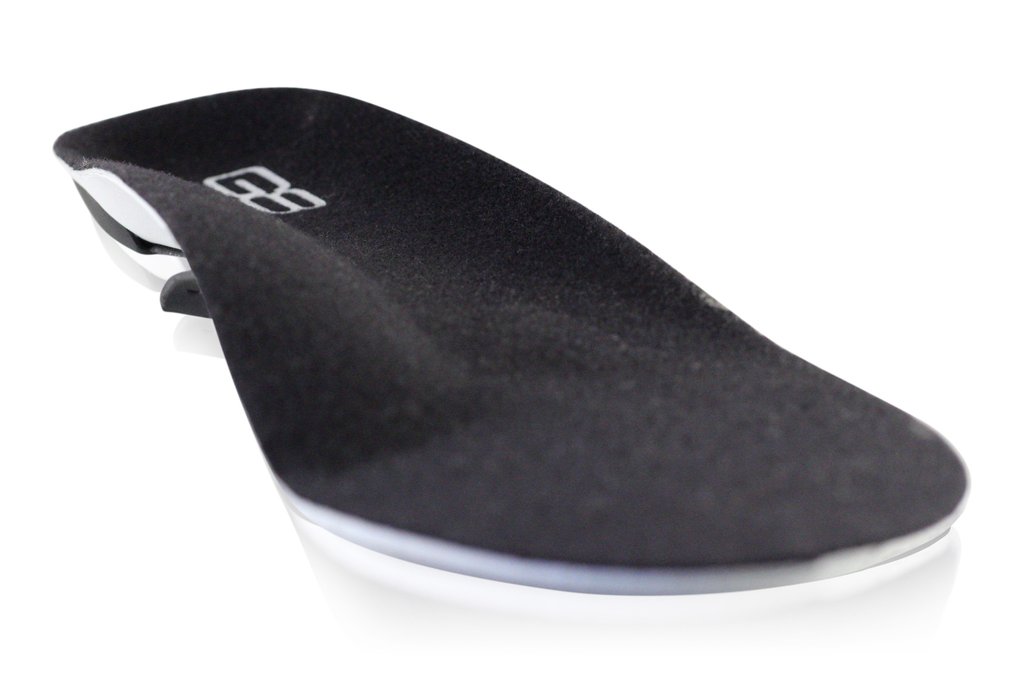 I first learned about the G8 Performance Insoles via a guest article by Lorena Rose Anna on the topic of proper cleat placement and alignment awhile back.

As someone who has feet flatter than spit on a plate, needless to say I was encouraged to try out a pair for myself.

Over the years, I’ve tried virtually every brand of cycling specific insoles and performance orthotics on the market, most of which yielded a mixed-bag of results.

In some cases, the insoles produced better performance in terms of support and foot alignment, but often at the risk of comfort, while others had a completely deleterious effect.

What drew my attention to the G8 insoles, was the ability for the user to choose between five different arch support thicknesses, while also having the option of adjusting the fore and aft position of the supports as well.

The underside of the G8 insole comprises a grid-like design they call ArchTech that allows the user to move the arch support back and forth along the region of the mid-foot as a means of optimizing flex and splay during pedal rotation, which G8 says offers no fewer than 11 positions for each foot with 3,025 possible combinations.

G8 claims this feature not only increases performance in terms of power generation, but also serves to combat symptoms of foot numbness, calf cramping and pain through better blood flow.

The insoles themselves are made from durable, high-grade, antibacterial materials, which feature a compressed fore-foot area, built in metatarsal pad, air flow chambers and a solid heel cup.

How did they perform?

As I explained to the folks at G8, who were gracious enough to send me a pair from two hemispheres away, my review wouldn’t be forthcoming anytime soon, as I wanted to put the insoles through their paces over the course of a few months and many hundreds of miles before conducting my review.

So here’s my verdict.

The G8 insoles represented a game-changing effect for me in terns of comfort and performance unlike any other insole or orthotic I had previously experienced. Not only did they live up to the company’s claim of providing optimal support, customization and perceived injury prevention, but there’s a performance aspect that can only be described in layman’s terms as creating an almost catapulting effect throughout my pedal stroke.

Moreover, as someone who has compiled a cache of high-end cycling shoes over the last year or two that would make even Imelda Marcos jealous, the G8‘s gave me the ability to fine-tune each pair of shoes with the requisite amount of arch support and fore and aft adjustment, as to allow my feet to perform in their most natural way.

Get yourself a pair!