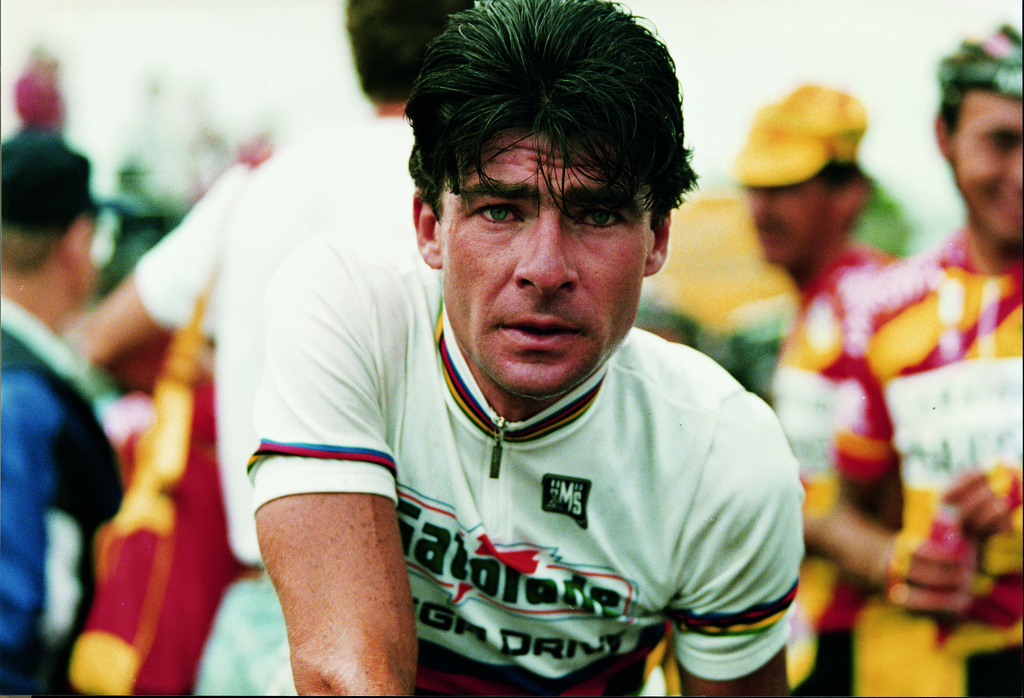 15 Feb 2016
By Campionissimo - In LATEST ARTICLES, THE PODIUM

A belated happy birthday to Gianni Bugno, who was born on February 14, 1964.

Considered one of the most versatile riders of his generation, Bugno was capable of winning everything from a one-day Classic, to a Grand Tour event.

Indeed, Bugno won numerous stages in the Giro d’Italia and Tour de France, along with victories in such prestigious one-day races as the Milan–San Remo classic in 1990, the Clásica de San Sebastián in 1991, the Tour of Flanders in 1994 and Tour Méditerranéen stage race in 1994, as well as numerous lesser-known races throughout Italy during his career.

Perhaps, Bugno’s greatest achievement was winning the World Championships Road Race two years in a row, beating Steven Rooks of the Netherlands in 1991 and Miguel Indurain of Spain in 1992, who finished ahead of Laurent Jalabert of France and Dmitri Konyshev of Russia.

As far as Bugno’s performance in the Grand Tours is concerned, he won the Giro d’Italia in 1990, which is still considered one of the most dominant performances in the history of the Italian Grand Tour, where he led from start to finish.

In addition to winning the Giro in 1990, Bugno finished second to Miguel Indurain in the 1991 Tour de France, and third in the 1992 race behind Indurain and Claudio Chiappucci.

Bugno retired from racing after the 1998 season, and is now a helicopter rescue pilot.

In addition, over the years he has piloted a camera helicopter for the Italian national broadcaster, RAI, covering such races as the Tour of Lombardy and the Giro d’Italia.

Bugno is currently the president of CPA (Association of Professional Cyclists).

In November 2012, in the wake of the Lance Armstrong doping scandal, Bugno demanded that an independent anti-doping commission  be established, stating that the UCI could not be trusted to enforce its own anti-doping rules.