Giro di Lombardia: “The Race of the Falling Leaves” 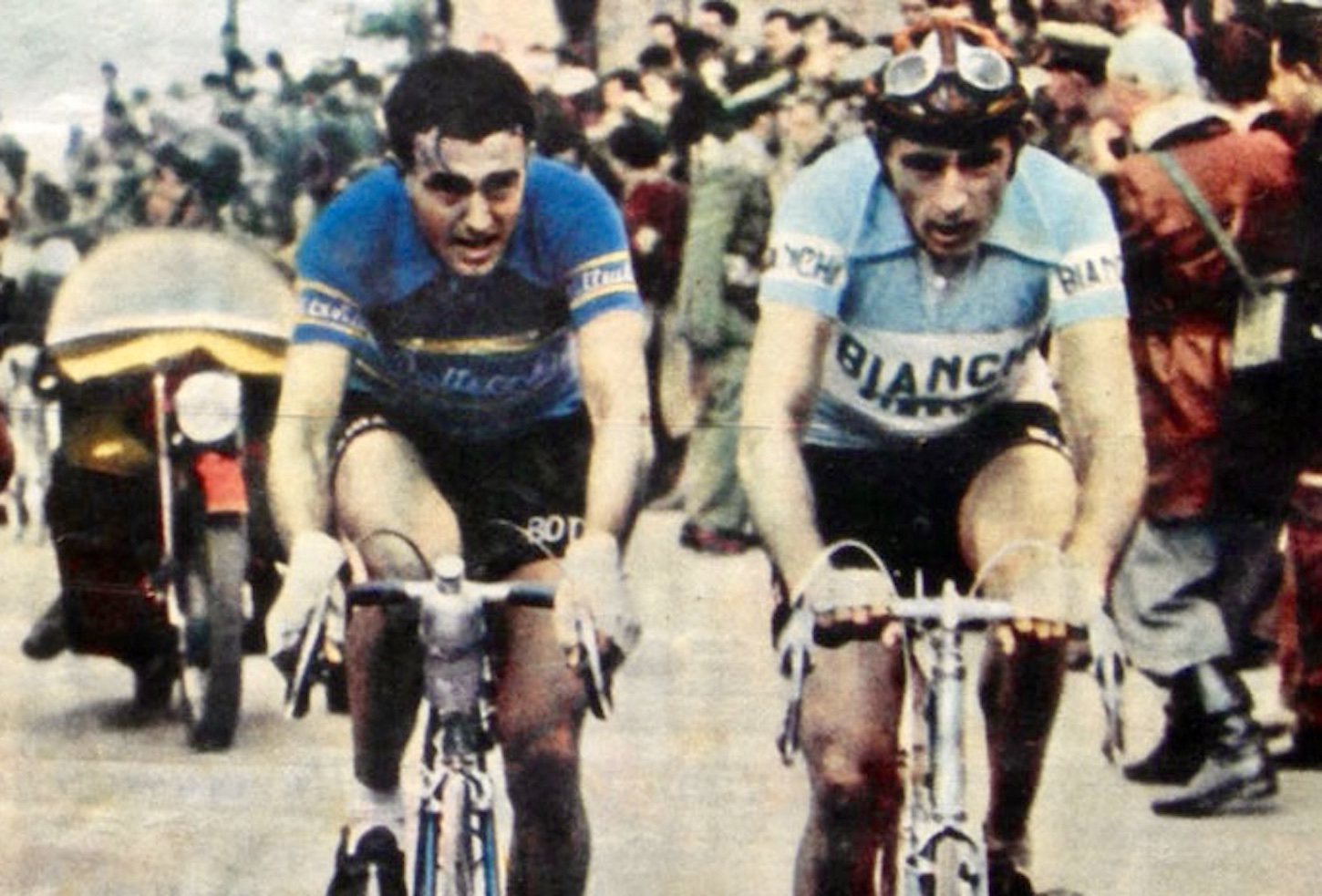 The Giro di Lombardia is widely regarded as one of the most prestigious one-day events in cycling, and one of the last events on the UCI WorldTour calendar.

Nicknamed the Classica delle Foglie Morte (the Classic of the Falling (dead) Leaves), the race’s most famous feature is the final climb of the Madonna del Ghisallo.

The first edition was held in 1905, and since then has had the fewest interruptions of any race in cycling history, with only the 1943 and 1944 editions being cancelled for reasons of war.

Giro di Lombardia began as an idea from journalist Tullo Morgagni, who wanted to give the Milanese rider, Pierino Albini, an opportunity to take revenge against Giovanni Cuniolo for his defeat in the short-lived Italian King’s Cup.

The race attracted vast crowds along the course and ended in Milan with the victory of cycling newcomer Giovanni Gerbi, who triumphed over Giovanni Rossignoli and Luigi Ganna by a staggering 40 minutes.

The race soon became a fixture as the final event of the Italian and European cycling season, which got renamed the Giro di Lombardia in 1907.

After the pioneering years, the race was dominated alternately by Frenchman Henri Pélissier and local heroes Gaetano Belloni and Costante Girardengo, all winning the race three times.

From the 1930s to the 1950s, Italian cycling icons Alfredo Binda, Gino Bartali and Fausto Coppi were the main protagonists of the race, wherein Coppi won the race five times, four of which were consecutive, Binda four times and Bartali being king of the podium with three victories, four second place finishes and two third place finishes.

Coppi wins were perhaps to most dramatic, as the cycling icon soloed to victory each time after a heroic attack on the Madonna del Ghisallo, and maintaining his lead until the finish in Milan.

The race of 1956 was a particularly fascinating battle. With 60 kilometers remaining, a breakaway effort was established by Coppi, who was seeking his sixth victory.

Unfortunately, race hopeful Fiorenzo Magni had missed the break, and as the Italian rider fell further behind, a car passed him with Giulia Occhini, Coppi’s infamous mistress, sitting in the back.

As legend has it, she sneered at Magni as she passed by. Infuriated, Magni set out on a seemingly impossible pursuit of the breakaway, miraculously catching them during the final kilometers.

From there, he and Coppi could be seen openly arguing, prompting André Darrigade to seize upon their indecisiveness and commence a winning attack, relegating his Italian rivals to second and third place.

The finish of the Giro di Lombardia was moved from Milan to Como 1961, dramatically changing the course of the race, whereby the previous flat finale towards the finish in Milan was replaced with a spectacular finish by Lake Como, just six kilometers after the decisive final climb.

Despite an occasional return to finishing in Milan, the race had developed a new personality, defined by a series of arduous climbs amid a mountainous scenery.

Over the years, the Giro di Lombardia has been dominated mainly by Italian riders, with Pelissier and Ireland’s Sean Kelly being the only non-Italians to win the race three times.

Cycling legend Eddy Merckx won three consecutive victories from 1971 to 1973, but his last win was stripped after a positive doping test and awarded to second-place finisher Felice Gimondi.

The 1974 race gave birth to another memorable anecdote, with Merckx seeking revenge for his previous disqualification, only to have his chances thwarted by fellow Belgian Roger De Vlaeminck, who  attacked early in the race and left Merckx and his team struggling to try and get back on terms.

The story broadens when De Vlaeminck, who initially had no intentions of attacking, in a ruse stopped and hid behind a bush in order to let the peloton pass.

He later rode back to the front of the peloton and jokingly asked a baffled Merckx whom they were chasing.

DeVlaeminck went on to win the race in a sprint finish ahead of Merckx and Italian Tino Conti. He won the race again in 1976.

The race lost its role in 1995 when cycling’s governing body, the Union Cycliste Internationale (UCI), revamped its calendar and moved the World Championship from August to October, one week before the Giro di Lombardia.

From 1988 to 2004, the Giro di Lombardia was the final event in the UCI Road World Cup and was often the decisive race in that competition.

In 2006, the race celebrated its 100th edition, which was won by Paolo Bettini, one week after the Italian claimed the World Championship Road Race. That edition was particularly emotional because Bettini’s brother had been killed in a car accident just five days before the race, and the Italian rider could be seen overcome with emotion when he crossed the finish line.

Bettini is one of seven riders to win the Giro di Lombardia after becoming World Champion during the same season. The other six are Binda, Tom Simpson, Merckx, Gimondi, Giuseppe Saronni and Oscar Camenzind.

The Giro di Lombardia’s route has undergone more changes than any other cycling monument. Since the 1960s it has been notable for its hilly and varied course around Lake Como, to the northeast of Milan, with a flat finish in one of the cities on the shores of the lake.

Its signature symbol is the climb of the Madonna del Ghisallo, one of the iconic sanctuaries in cycling. The climb starts near Bellagio at the shore of the Como Lake, and heads up until the church of Madonna del Ghisallo, the Patroness of cyclists. Over the years, it has become indelibly linked with the race and with cycling in general. It was the favorite climb of cycling luminaries Coppi and Bartali, who immortalized it. The church also serves as a museum containing religious and cycling-related objects.

As mentioned, the Giro di Lombardia was originally raced from Milan to Milan, and like many cycling classics, climbs were gradually introduced to the route in a bid to make the race more demanding.

In 1961, the finish was moved to Como and the character of the race changed considerably, wherein the long, flat run-in to the finish in Milan was abandoned, where in its place came a mountainous lake-side finish just six kilometers from the summit of the last climb. The route usually has some changes every year, sometimes a complete restyling, only to be altered again the next edition.

From 1984 to 1989 the finish returned to Milan and in 1990 to its suburb Monza, inviting attackers for long-distance breakaways. From 1995 to 2003 the finish was in Bergamo, with the Colle del Gallo (Col Gàl in Bergamasque) as the last climb of the day. The Colle del Gallo, with its sanctuary of the Madonna dei ciclisti at the top, often proved to be decisive.

After a twenty-year absence, the finish for the Giro di Lombardi returned to the lakefront in Como 2004, with the short but steep climb of the San Fermo della Battaglia being added just before the finish.

The 2010 edition saw the re-introduction of the Muro di Sormano, a spectacular climb with a maximum gradient of 25%, which replaced the Civiglio after the Ghisallo.

In 2011, the route was fully revamped, with a first-time finish in Lecco. The Sormano was also included again, but was now before the Ghisallo.

After the Ghisallo, a flat stretch led to the final climb of the race, the steep Villa Vergano in Galbiate. After the descent only three kilometers remained until the finish in Lecco. The short but steady climb of Villa Vergano was the decisive site in the 2011 and 2012 edition.

In 2012, the Giro di Lombardia changed to Il Lombardia.

In 2014, the finish was moved to Bergamo. From that year onward, Il Lombardia’s finish has alternated between Bergamo and Como.

Il Lombardia is often compared to the Liège–Bastogne–Liège spring classic, whereby both races have a similar hilly course and show a similar palmarès since the 1960s, but are different in character.

For instance, the hills in Lombardy are usually longer than those in the Belgian Ardennes and are more spread out over the course. Liège–Bastogne–Liège has 12 categorized climbs, usually shorter and steeper, coming in faster succession than in Il Lombardia, and has an uphill-finish. Also, because of its position in autumn as one of the last classics of the year, weather has repeatedly played a decisive role in the nature of the race.

In bad weather, which is common to the mountainous Lombardia region, the race is often a grueling contest where the strongest riders attack well ahead of the finish, whereas in good weather, teams are able to control the race more easily and decisive attacks come later in the race.