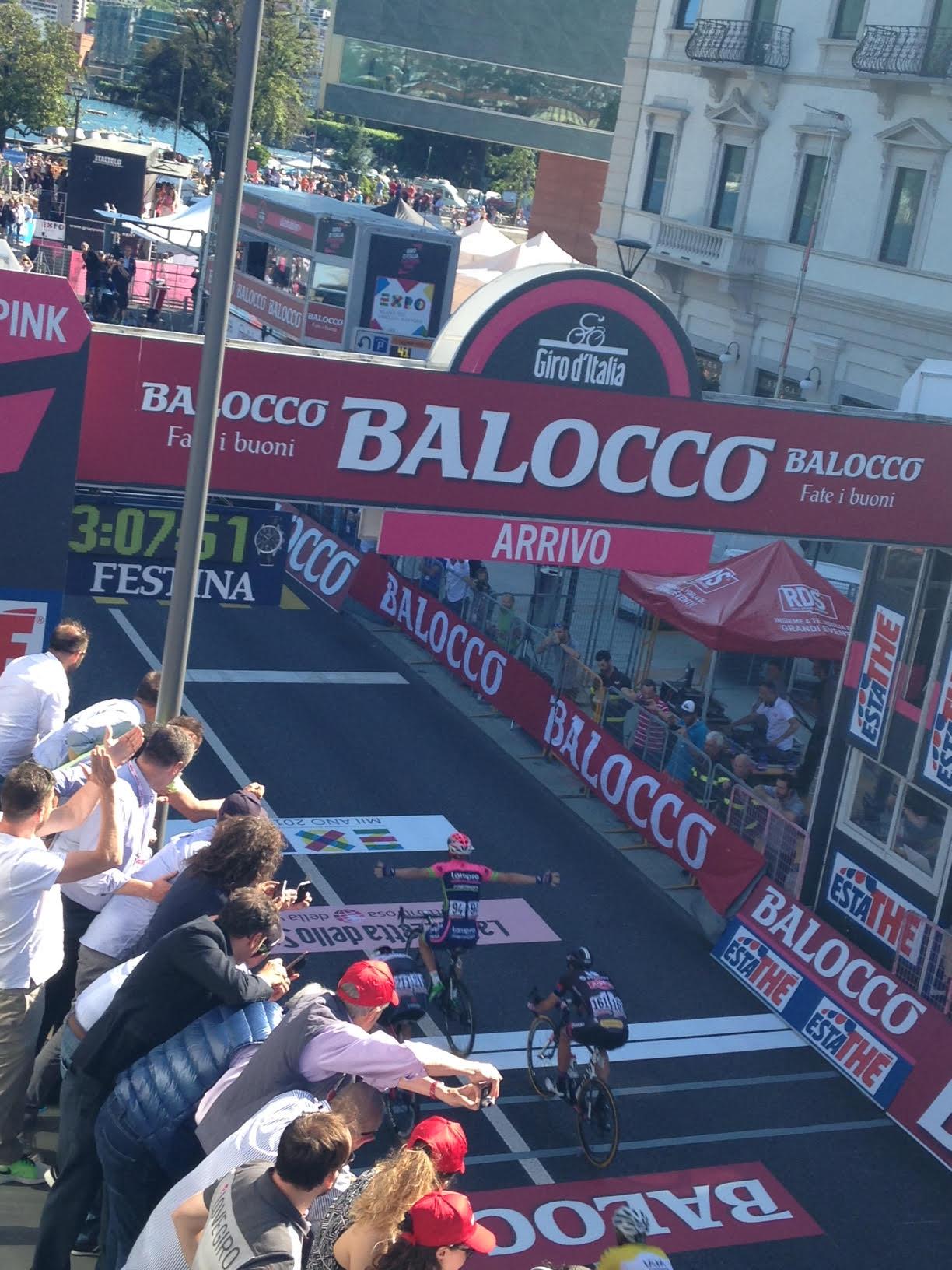 Sacha Modolo (Lampre-Merida) claimed his second stage victory in this year’s Giro d’Italia, after winning stage 17 in a sprint finish ahead of Giacomo Nizzolo (Trek) and Luka Mezgec (Giant-Alpecin) along the shore of Lake Como today.

Meanwhile, Alberto Contador (Tinkoff-Saxo) finished safely in the peloton to maintain his grip on the overall race lead.

However, despite remaining out front for most of the day, the escapees never strayed too far outside the clutches of the peloton.

Indeed, about 3 minutes would become the extent of their advantage over the peloton, as their gap would later fall to just 2 minutes, as the race entered into the final 60 kilometers.

Back in the peloton, various teams took turns leading the chase.

A further 10 kilometers later, the escapees were clinging to a mere 30 second lead. And, as the race reached the final 27 kilometer mark, it was all over for the breakaway group.

Shortly thereafter, Adam Hansen (Lotto-Soudal) and Patrick Gretsch (AG2R) initiated an attack, followed by Darwin Atapuma (BMC). But, short of some nip and tuck amongst the escapees, they were all once again reclaimed by the peloton.

Tom Jelte Slagter (Cannondale-Garmin) was the next rider to try his luck during the final 5 kilometers, only to be joined by Philippe Gilbert (BMC. But, just as their predecessors, they too were quickly reeled in by the chase.

Next came Luca Paolini (Katusha), who proceeded to open up a slight gap for himself. But, he too was reeled in almost immediately as well.

From there, Lampre Merida led the way into the final kilometer, with three of its top sprinters in the mix, with Modolo ultimately pulling through to claim the stage victory.