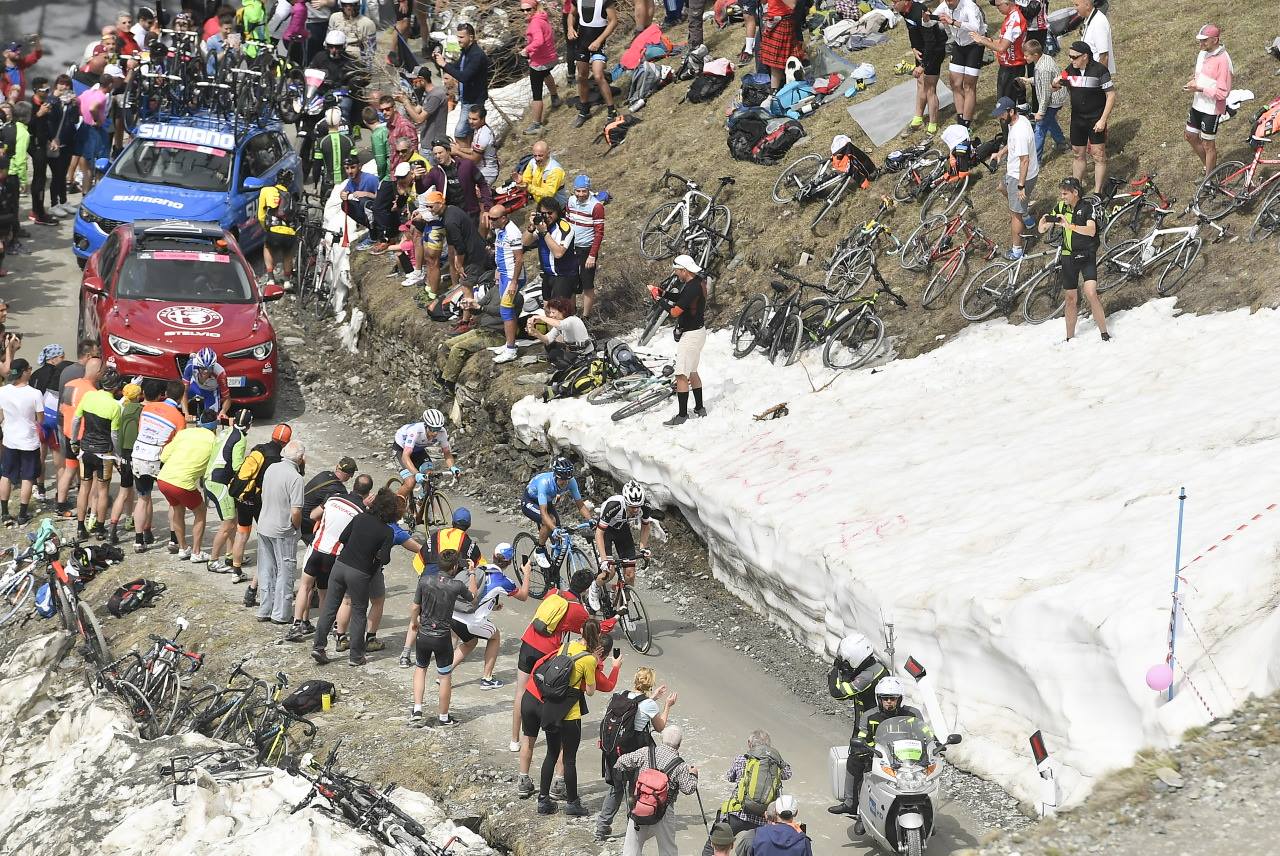 Chris Froome (Team Sky) turned the Giro d’Italia upside down today, after claiming stage 19 following a long-range attack 80 kilometers from the finish that took the British rider over the climbs of the Colle delle Finestre, Sestrière and on to victory atop the Jafferau.

Froome not only won the stage, but captured the overall race lead, wresting the Pink Jersey from Simon Yates (Mitchelton-Scott) who cracked during the first couple of kilometers along the Colle delle Finestre today.

Despite winning the challengingly climb of the Monte Zoncolan last weekend, by anyone’s estimation, Froome’s chances for a Giro d’Italia victory looked bleak.

However, after beginning today’s stage in fourth place at 3:22 behind Yates and 2:54 down on defending champion Tom Dumoulin (Team Sunweb), the Team Sky rider commenced an attack along the mighty Colle delle Finestre that would prove to be his winning move and the most decisive moment in the race.

Indeed, once Froome had exhausted the support of his teammates along the Colle delle Finestre, the four-time Tour de France champion set-off on his own several kilometers shy of the summit.

From there, Froome went on to seize the stage victory, finishing 3:00 ahead of his closest rivals Richard Carapaz (Movistar Team) and Thibaut Pinot (Groupama-FDJ), while Dumoulin crossed the finish more than half a minute later.

Meanwhile, Yates finished so far back, the British rider not only forced to relinquish the Pink Jersey, but pushed himself out of even a top ten finish in the overall classification at this point.

Froome heads into tomorrow’s penultimate stage with a 40-second advantage over Dumoulin, as they face another day in the mountains that features three categorized climbs culminating with a category 1 summit finish in Cervinia.