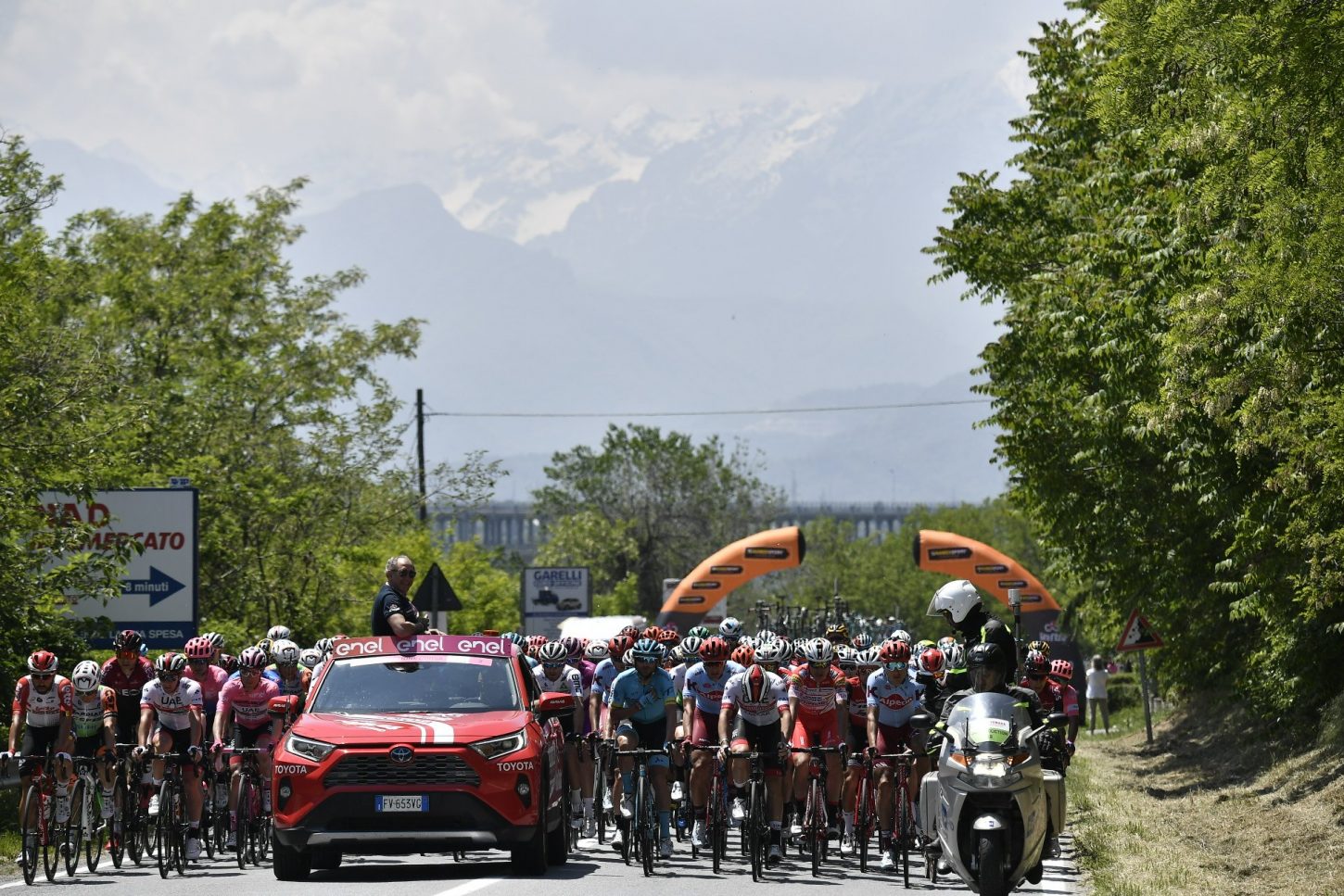 Cesare Benedetti (Bora-Hansgrohe) took a surprising victory in stage 12 of the Giro d’Italia today, after the Italian rider chased his way back to the group of leaders inside the final kilometer to beat Damiano Caruso (Bahrain-Merida) and Eddie Dunbar (Team Ineos) to the line.

In the meantime, Jan Polanc (UAE Team Emirates), who was also part of the day’s breakaway group crossed the finish shortly after Benedetti to take over the race lead from his teammate Valerio Conti.

A sizable group of 24 riders managed to ride clear of the peloton after 20 kilometers of racing, subsequently building up an advantage of more than 12 minutes.

However, attrition took its toll on the group during first category climb of the day, leaving just Caruso, Eddie Dunbar, Eros Capecchi and Gianluca Brambilla at the front.

At the climb of the Montoso, Mikel Landa (Movistar) and Miguel Angel Lopez (Astana) attacked from the peloton to join Jasha Sutterlin and Manuele Boaro who were remnants of the day’s original breakaway group.

Behind them, a group of the favorites that included Vincenzo Nibali (Bahrain-Merida), Simon Yates (Mitchelton-Scott), Bauke Mollema (Trek-Segafredo), Primoz Roglic (Jumbo-Visma) and the current leader Valerio Conti was left struggling behind.

With approximately 21 kilometers remaining, Benedetti and Polanc succeed in bridging their way to the leaders, putting the Slovenian rider in the virtual race lead at that point, while Nibali, Pavel Sivakov (Ineos) and Rafal Majka (Bora-hansgrohe) tried to make their way across as well.

On the descent, Nibali, Majka and Sivakov tried in earnest to reel in the leaders, But the trio was soon caught by the main group.

With under three kilometers to go, Lopez, Landa, Sütterlin and Boaro were also reined in by the chase.

Benedetti, who had been previously dropped, managed to regain contact with the lead group, which was now just six riders.

Capecchi and Brambilla were the first riders to try their luck during the last kilometer, but they were soon overtaken by Benedetti, who took the victory ahead of Caruso and Dunbar, marking the first professional victory of his career.