“The Greatest Show on Earth” the 1974 Giro d’Italia 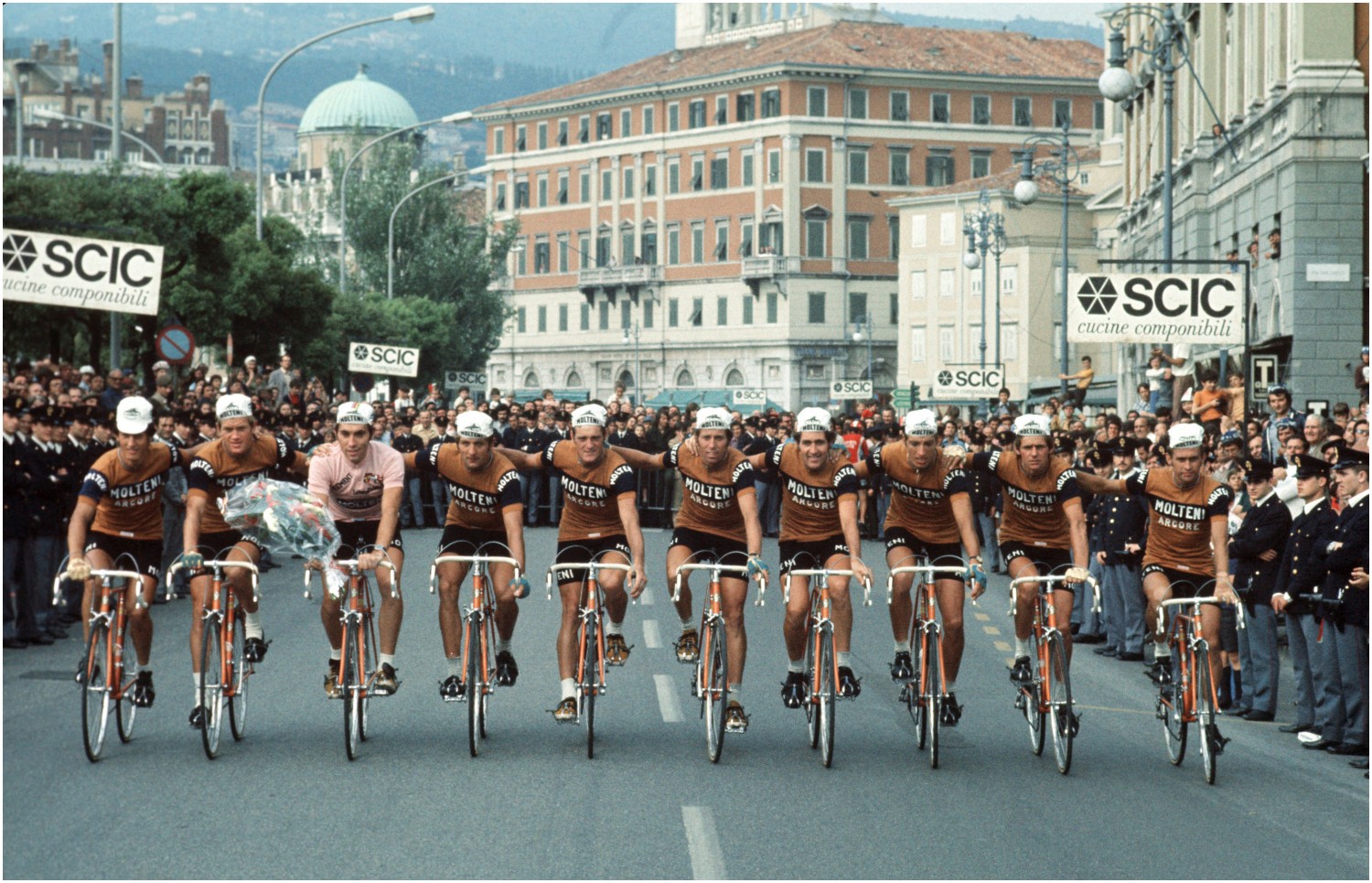 No Giro d’Italia month would be complete without revisiting one of cycling’s greatest cinematic cornerstones, The Greatest Show on Earth – the 1974 Giro d’Italia.

Made more than 20 years ago, this brilliant documentary shows the majestic beauty that is the Giro d’Italia. It’s said that Eddy Merckx’s Molteni boss wept like a child in the arms of his beaming star, who went on to win cycling’s magical triple crown by taking the Tour de France and the World Championships. Experience the riders’ anguish and joy; the organizers’ difficulties; and the adoring tifosi’s passion.

With stunning cinematography, this epic film goes inside the Giro’s heart and soul, from its opening sequence of the Pope blessing the riders through Merckx’s awesome battle with Gimondi to win his fifth Giro by a mere 12 seconds, equaling the record held by Alfredo Binda and Fausto Coppi. This cinematic masterpiece might be the greatest ever made on bicycle racing.