“Hell of the North”- Historic Photos & Quotes from Paris-Roubaix 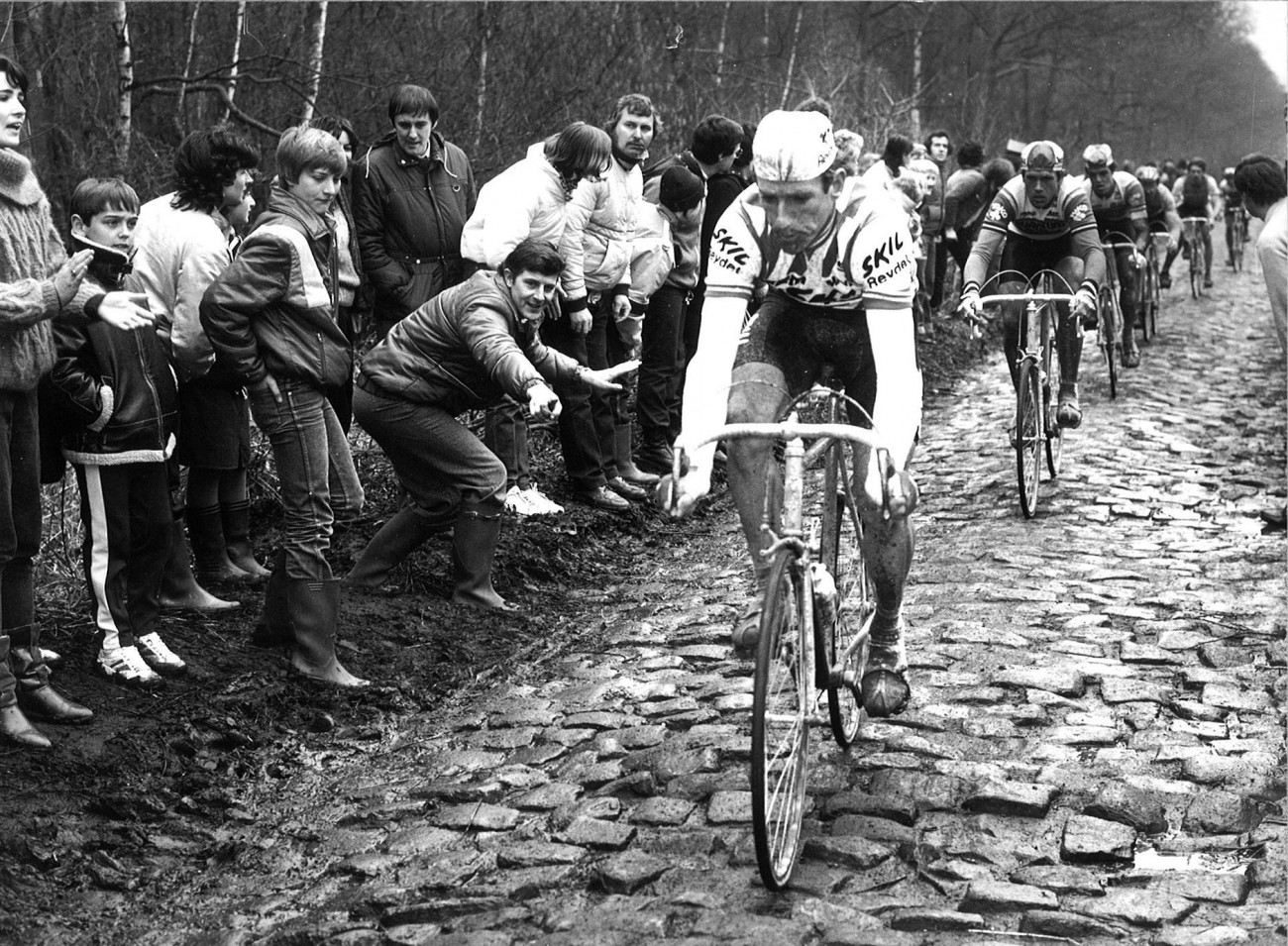 “Paris-Roubaix is a horrible race to ride but the most beautiful one to win,” cycling great Sean Kelly once said of the infamous “Hell of the North” Spring Classic.

Indeed, few races have such a unique mix of breath-taking action and unpredictability that it feels like it belongs to an entirely different segment of racing. And with its long heritage going as far back as 1896, it may very well be true.

This is what makes Paris-Roubaix so epic, and the following quotes and photos prove it.

“I am made for this race. But does she want me?”
– Gilbert Duclos-Lassalle, who raced Paris-Roubaix seventeen times in the 80s and 90s, winning twice.

“It’s a circus, and I don’t want to be one of the clowns.”
– Chris Boardman, on why he never took part.

“Paris-Roubaix starts like a party and ends as a bad dream.”
– Guy Lagorce, a journalist for l’Equipe.

“Paris-Roubaix is the last test of madness that the sport of cycling puts before its participants…. A hardship approaching the threshold of cruelty.”
– Jacques Goddet, former Race Director.

“I’m the world cyclo cross champion, but if someone had suggested holding a race of that discipline on this route, I would have refused. At twenty-seven, I’m too young to die.”
– Roger De Vlaeminck, after winning the race in 1974.

“The route is not responsible for your problems. It’s you and you alone. If you did not properly prepare for your campaign, you cannot win. You must think, live, eat, and sleep Paris-Roubaix. It must become obsessive.”
– Marc Madiot, who won twice, in 1985 and 1991.

“What a race! Never in my life have I swallowed so much dust!”
– Henri Cornet, after winning in 1906.

“An opera of sand because, with stupefied looks, we catch sight of the racers on the cobblestone sections as if they were crossing a desert. The directors of this tragedy, who are the bike race organizers, had managed to bring together the wind at the same time as the blue skies. As a result, dust joined the mix.”
– Louis Nucera, writing in 1980.

“These are like holiday conditions for me”
– Gaston Rebry, with some gamesmanship in the heavy winds of rain before the 1931 race.

“If you arrive in front on the first cobblestones, it’s as though you have won a stage. From then on, you have no more time to think about anything.”
– Walter Godefroot, the 1969 winner.

“When the big boys hit the cobblestones, I never stopped telling myself, ‘You’ve got to let yourself go like a vagabond’, so I didn’t budge from my position.”
– Frédéric Guesdon, the last French winner of the race, in 1997.

“Paris-Roubaix is bullshit.”
– The often unprintable, always entertaining Bernard Hinault, after winning the race in 1981.

“I will never come back”
– Franco Ballerini, but he did return, winning the race twice.

“It’s bollocks, this race! You’re working like an animal; you don’t have time to piss; you wet your pants. You’re riding in mud like this; you’re slipping. It’s a piece of shit.”
– Theo de Rooy after the 1985 edition of the race. Then asked whether he would ride it again, he replied: “Sure, it’s the most beautiful race in the world!”

“I don’t care. I proved to myself that I was a man, because I suffered, but I still finished. I finished.”
– Christian Raymond, after finishing twenty minutes behind champion Rik Van Looy in 1961.

“At the end of Roubaix, you feel like you do at the end of a three-week Grand Tour. I love it.”
– Ian Stannard of Team Sky, speaking to the Guardian before this year’s race.

“Half of my men were lying on their backs and the other half were on their stomachs.”
– Cyrille Guimard, French former professional and directeur sportif.