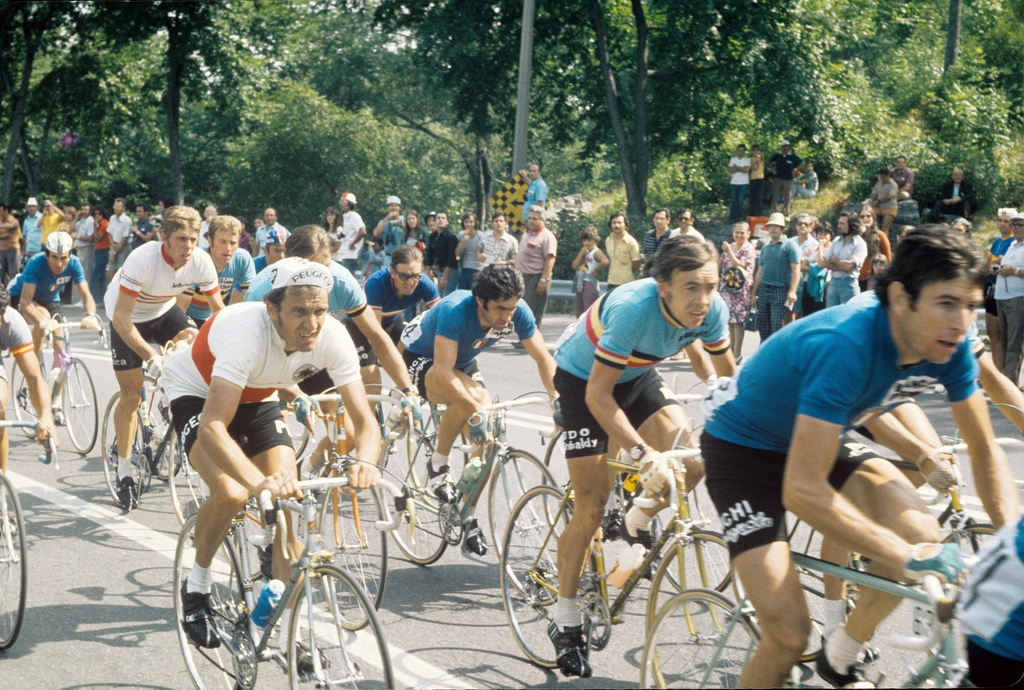 A belated happy birthday to Herman Van Springel, who was born on August 14, 1943.

During his career, the Belgian rider came close to winning some of cycling’s biggest events: namely, finishing 2nd in the 1968 Tour de France behind Jan Janssen of Holland by 38 seconds after leading at the start of the last stage.

He also finished 2nd in the 1971 Giro d’Italia behind Gosta Peterson of Sweden.

In addition, Van Springel was 3rd in the 1970 Vuelta a Espana behind Spaniards Luis Ocana and Augustin Tamales, along with a 2nd place podium spot in the 1968 World Championship Road Race behind Vittorio Adorni of Italy.

He did however, claim the Points Jersey in the 1973 Tour de France.

Yet, despite a number of near successes in the Gran Tour and Spring Classics races, Van Springel did amass the following victories in several notable, one-day races across Europe during his career.