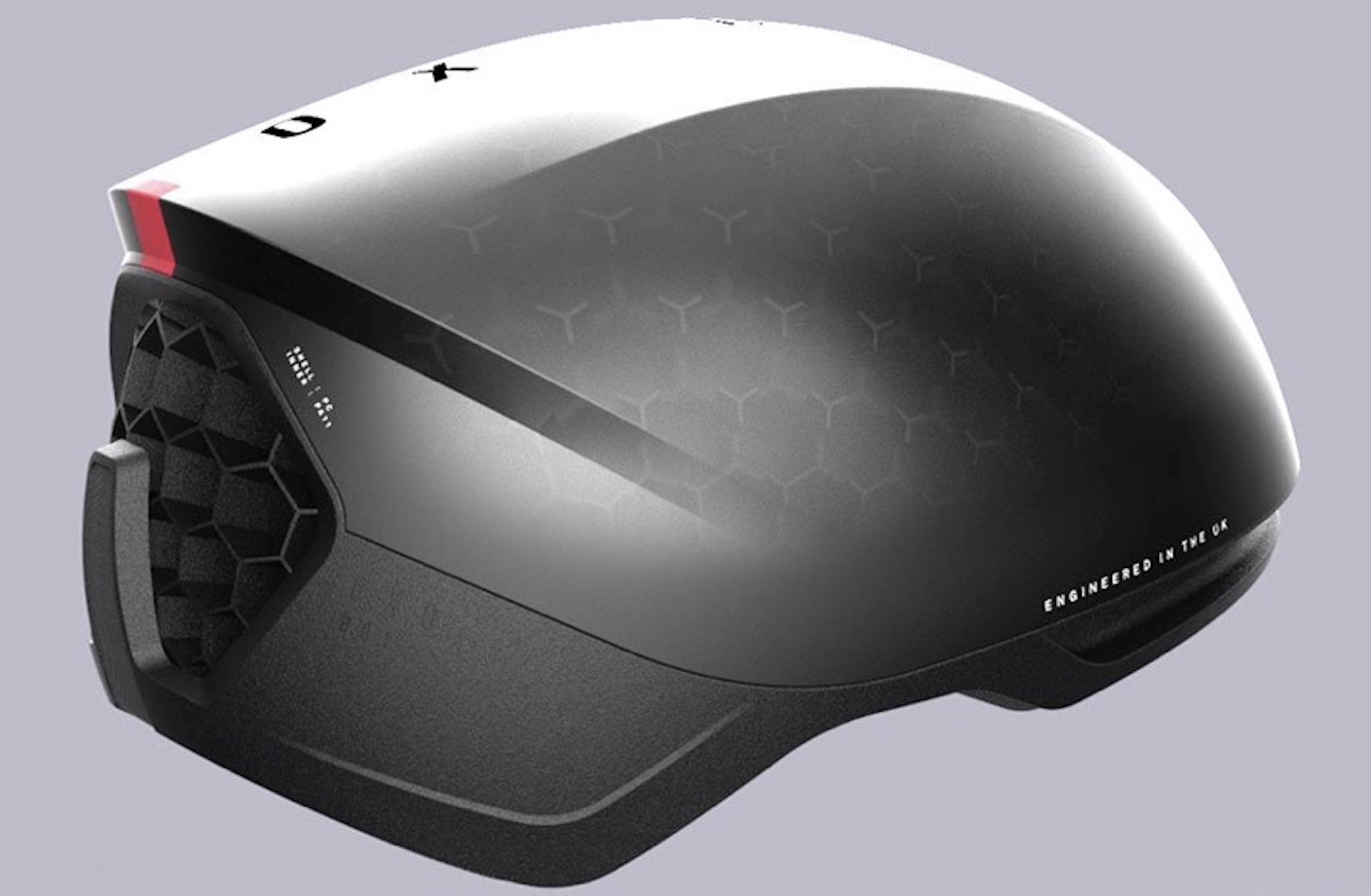 While helmet technology has made leaps and bounds in terms of safety, ventilation and aerodynamics, proper fit in many instances still remains hit or miss for a lot of cyclists.

Indeed, no two noggins ever seem to be the same, limiting many cyclists from choosing the helmet design that most appeals to them.

However, the British start-up company Hexo has developed a new technology that uses 3D scanning to determine the perfect fitting helmet.

Based on those measurements, Hexo then turns to 3D printing to create the internal structure of the helmet, which comprises a series of hexagonal honeycomb cells that are linked together in one continuous arrangement.

According to Hexo, the design is 68% more effective at controlling impact forces than a conventional polystyrene foam structure, as each cell is designed to conform to the impact in order to minimize forces against the helmet.

“Cellular structures have the highest crush strength to weight ratio. That’s a great mechanical property when you’re trying to make a bicycle helmet – which needs to be both safe and lightweight.” “It’s taken five years and 3200 tests to develop the Hexo helmet”, says found Jamie Cook.

Additionally, the Hexo helmet is made almost entirely from polyamide 11, which is a renewable material that’s derived from castor oil. Moreover, the material has the advantage of being able to conduct heat eight times better than polystyrene foam.

The outer portion of the helmet features a protective aero shell, which Hexo claims is seven seconds faster at 200W over 40 kilometers than other high end helmets such as the Giro Aether or Kask Protone, while ventilation is handled via pervasive channels that run along the inner shell.

At £349 the Hexo finds itself at the top of the ladder in terms of pricing. But, for those looking for optimal fit, protection and performance, along with the ability to customize their helmet, the new lid may very well justify the price.

The only downside for us yanks, is Hexo’s 3D scanning app is currently only offered at cycling events in the Greater-London area, or through partner stores.

Nothing across the pond as of yet.