Hey Triathletes! Ever Heard of the Olympic Sport of Racewalking? 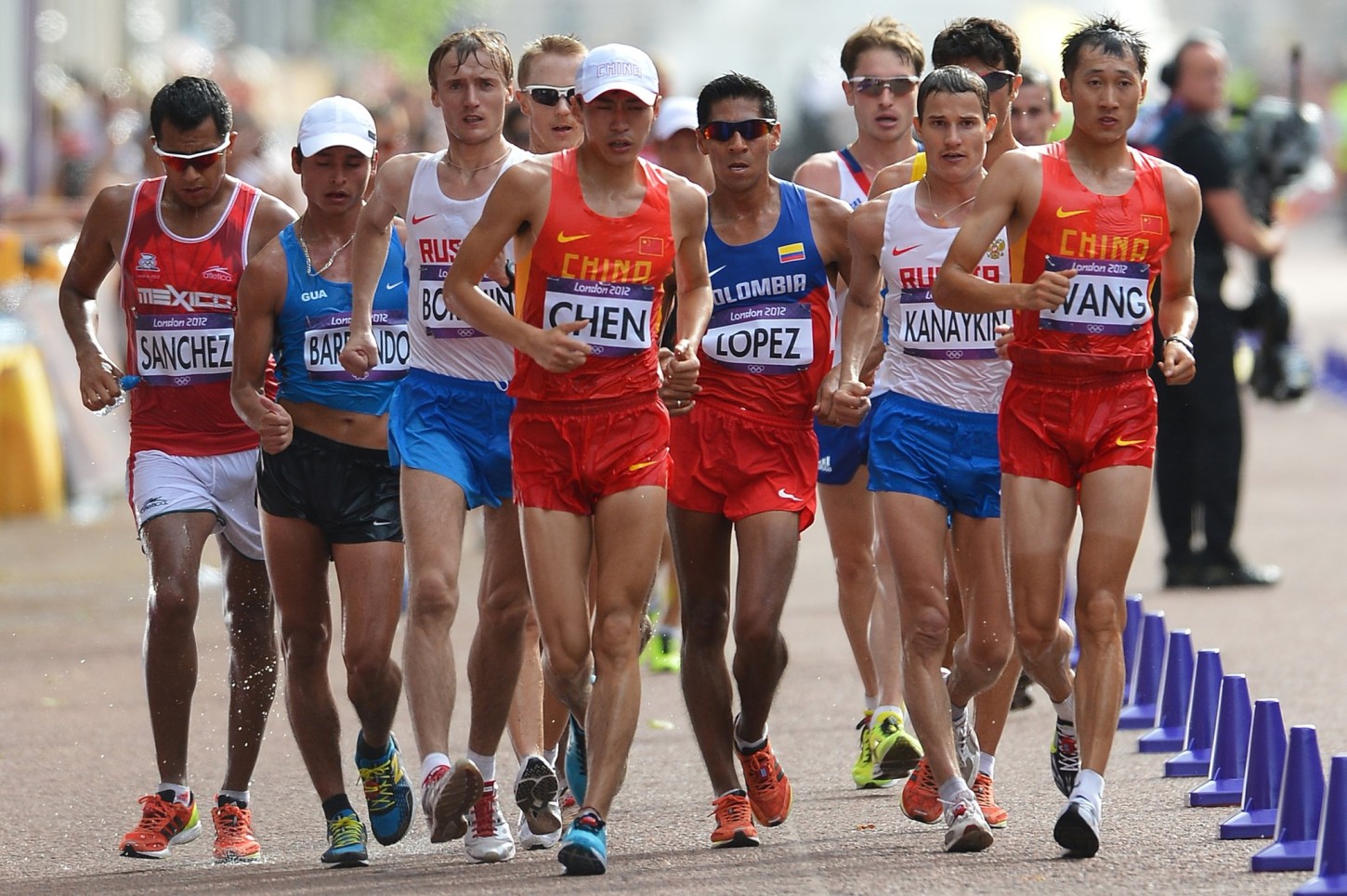 While it was a huge sporting event in the United States in the years after the Civil War and was an early Olympic event, racewalking has been regarded for decades as something of a joke – at least in America. An episode of the sitcom “Malcolm in the Middle” was devoted to poking fun at it. The NCAA doesn’t hold a racewalking championship. Sports broadcaster Bob Costas once compared it to a contest to see who could whisper the loudest.

Still, racewalking is an Olympic event, with three medal events held at every Summer Games – and each of the golds counting just as much as the ones that adorn the neck of Michael Phelps.

Today, the races contested at the Olympics are 20 kilometers for both men and women and a 50-kilometer race just for men. The 20-kilometer men’s race was won on August 12 by China’s Wang Zhen with a time of 1 hour, 19 minutes, 14 seconds – a 6:20 mile pace that would win a fair number of 5-kilometer running races in the United States. The other two events take place August 19.

It may look odd, but racewalking has an interesting past and a controversial present, along with quirky rules that make it unique among track and field events.

And the crowd goes wild for pedestrianism

The precursor to racewalking was a 19th-century sport with the aptly Victorian name “pedestrianism.”

Journalist Matthew Algeo, who wrote a book on pedestrianism, describes how walking contests in which competitors kept going for hundreds of miles over the course of many days were a popular attraction in late 19th-century America.

Algeo writes that competitive walking had many of the attributes we associate with major sports today: crowded arenas, big purses for the winners, gambling and even some eyebrow-raising performance enhancers. (Champagne, for instance, was seen as a restorative and was a preferred drink among competitors.)

As track and field became an organized sport in England toward the turn of the century, racewalking was one of the events. It made its first Olympic appearance in 1904 as part of the all-around, or decathlon, championship. Racewalking was its own event at the 1908 London Games and, for men, has been held at the current distances since 1956. Winners have come from England, Italy, Mexico, Russia and Spain, to name a few.

Let’s face it: What makes racewalking stand out is not just that the competitors are walking, but how they are walking – a swiveling motion that, to some, can seem about as nerdy as shooting a basketball free throw underhanded.

The reason racewalkers look as they do is a result of the two key rules of the sport.

The first is that, as viewed by the human eye, one foot must be touching the ground at all times. After all, that’s what makes walking walking. When people run, there’s a moment when both feet are off the ground.

The second, slightly more confusing rule is that the front leg must not bend until it has gone under the body.

After that, the racewalker may bend the leg, “otherwise you’d be walking like you were on a pair of stilts,” said Tom Eastler, a highly regarded racewalking coach from Maine and the author of a children’s book on the sport.

Judges, unaided by replay, watch the competitors in action to make sure they are following the rules. In international competitions, if a walker is deemed to be in violation, a judge will issue the walker a red card. Three red cards and the walker gets disqualified.

This can create tension at the end of a race, even if the result seems well in hand. At the 2000 Summer Olympic Games in Sydney, Australia’s Jane Saville was disqualified just moments from winning the gold medal.

The reason? Two feet off the ground.

Drugs and jokes cause a headache

These days, getting anywhere near the podium in an Olympic racewalk takes an incredible effort.

Top athletes in the 20-kilometer race, for instance, will put in 100 miles to 125 miles of distance work in a week, with drills focused on technique and speed work thrown in the mix, said Dave McGovern, one of America’s top racewalking coaches and a former national champion. (McGovern boasts a personal best of walking a mile in six minutes even.)

Racewalking also has been forced to come to grips with same scourge facing the rest of track and field: performance-enhancing drugs.

Italian racewalker and 2008 50-kilometer gold medalist Alex Schwazer lost his final appeal on an eight-year ban for steroid use just a day before last week’s race. And even though Russia’s been a dominant player in racewalking dating back to the Soviet era, no Russian competitors were in this year’s 20-kilometer field: The International Association of Athletics Federations banned the country’s track athletes from the Rio Olympic Games because of a state-sponsored doping program.

Such problems are an added burden to racewalkers, who already have to put up with smirks, chuckles and a decidedly unhip spot in pop culture. Example: A few years ago, someone posted on the forum of the website Let’s Run posing the question: “Anyone think RACE WALKING is cool?”

“Good runners respect racewalking,” he said in a message via Facebook. “As long as we avoid training courses that veer near junior high schools, we generally don’t get much verbal abuse. The vast majority of comments are positive when we train where runners train because they recognize how fast we’re moving.”

“Besides, when you do it properly it doesn’t look weird! It looks athletic,” he added. “I think it looks a lot less weird than a swimmer doing the breast stroke.”