Highlighting the Non-European Winners of the Tour de France 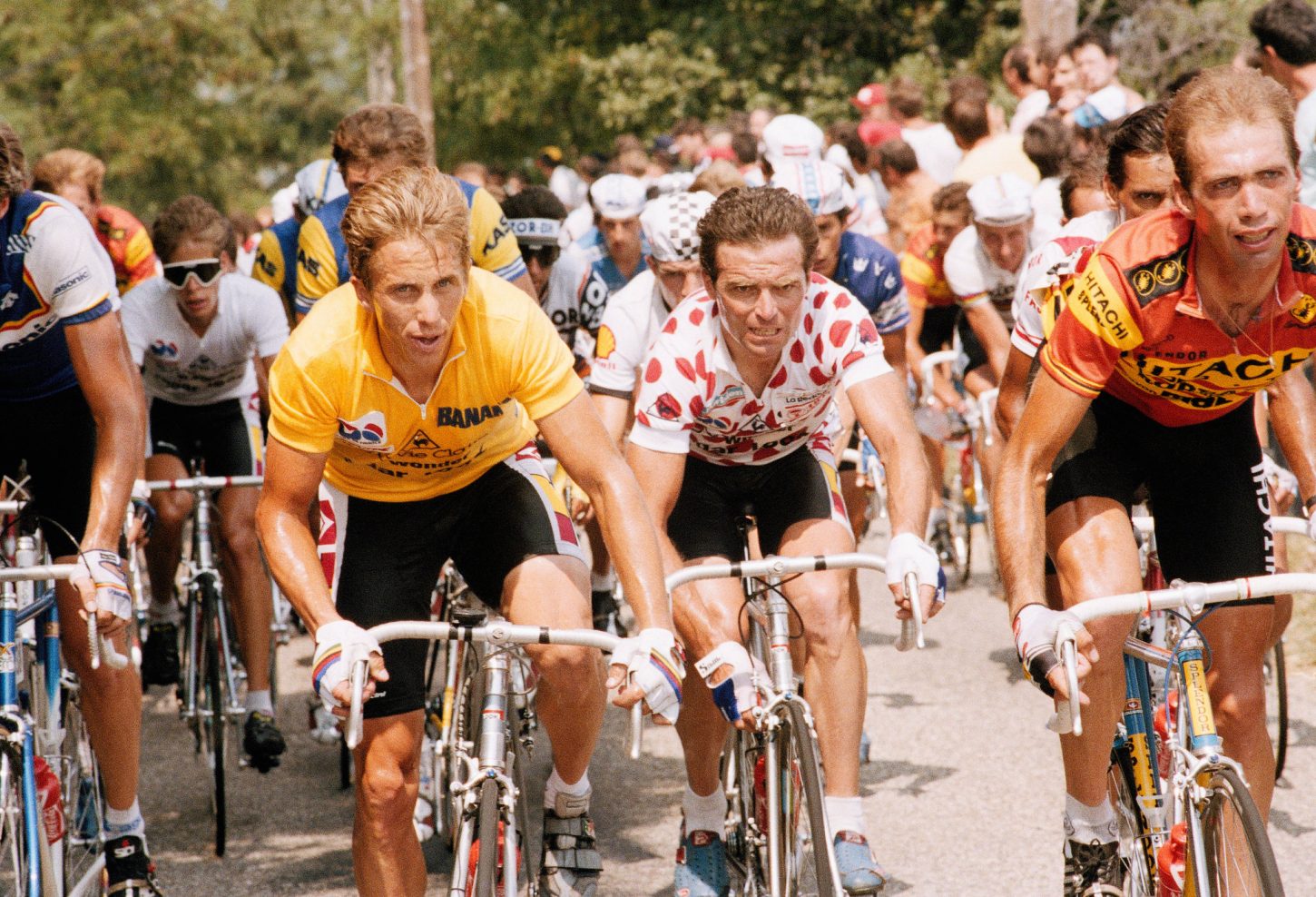 The first time a non-European wore the yellow jersey of Tour de France leader was on the podium after the fifth stage of the 1981 edition in Saint-Lary-Soulan in the Pyrenees. The 23-year-old Australian Phil Anderson – who was born in London – wrote a page in the history books on the final climb of Pla d’Adet, finishing behind the legendary Bernard Hinault, 27 seconds after the winner, Lucien Van Impe, to become the new leader of the race. He lost the yellow jersey the following day. The next year Anderson won the long second stage to Nancy, and kept the leadership for nine days, finishing the Tour in sixth place and as the best young rider. He had blazed a new trail.

For almost 80 years, the Tour de France had remained a battleground reserved for European riders, since the first edition won by Maurice Garin – born in Italy and a naturalised Frenchman – and including the first ‘foreigner’, the Luxembourger (on his father’s side, although he was born in France) François Faber, whose victory came in 1909. But it was from the 1980s that the Tour became an increasingly international event, demonstrated once again in the last edition, won by Egan Bernal from Colombia.

Two years after Anderson’s long stay in yellow, a 23-year-old from Lakewood, California, became the first non-European rider to make the final podium of the Grande Boucle. The American Greg LeMond finished third, just 1’14” behind Bernard Hinault, and 11’46” behind his captain – and the tyrant of that edition – Laurent Fignon, who won five stages and doubled up on his win of the previous year.

LeMond became Hinault’s team-mate and finished the 1985 Tour de France just behind him, in second position. There were two other non-European protagonists the same year: the Colombian climbers Fabio Parra and Luis Herrera, who won one and two stages respectively. LeMond’s gradual development was completed in 1986 when he triumphed at the Tour ahead of his former captain, Hinault, who returned the favour of the previous year, helping his young team-mate. Greg went on to win the French race twice more, with an iconic 8-second advantage in 1989 and again in 1990.

The exciting 2011 Tour de France general classification battle started as early as the first stage with incredibly high calibre riders fighting it out on the tough 191.5km between Passage du Gois La Barre-de-Monts and Mont des Alouettes Les Herbiers. The winner was the Belgian Philippe Gilbert, but the second place went to one of the GC hunters, the Australian Cadel Evans.

The BMC Racing Team captain won the demanding fourth stage atop the steep Mûr-de-Bretagne. In the Alps, Luxembourg’s Schleck brothers started their show with Andy finishing first and Frank second on the Galibier, then claiming first and second positions in the general ranking the next day on the Alpe D’Huez stage won by Pierre Rolland – with just two stages remaining to Paris. Everything would be decided against the clock on the 42.5km circuit around Grenoble.

Cadel Evans put in an incredible performance, finishing just six seconds behind the specialist Tony Martin of Germany, and putting 2’31” into Andy Schleck, who lost the yellow jersey he had just won in the mountains. Evans became the first Tour de France winner from Oceania, after two second places in 2007 and 2008 behind the Spaniards Alberto Contador and Carlos Sastre.

The first South American winner is also the most recent champion: climber Egan Bernal from Bogotà, Colombia, who wrote another page of cycling’s history books, becoming the third youngest winner of the Tour ever. It was 112 years after the victory of Lucien Petit-Breton, who lived in Argentina from the ages of 6 to 20, that Bernal started his attack on the yellow jersey on the 18th stage won by his compatriot Nairo Quintana. Bernal gained 32 seconds on his rivals, including his Team Ineos colleague, the defending champion Geraint Thomas from Great Britain.

Looking forward to the first Asian and African winners

The Tour de France is still awaiting a winner from Asia. But victory in cycling’s biggest stage race for the world’s largest continent would close the circle of a story that began in the early editions when riders such as the pioneering Kisso Kawamuro from Japan competed as a ‘touriste-routier’ (without a team) but pulled out in 1926 and again in 1927.

There is already a rider born on African soil who has won the Tour and he is of course Chris Froome, with his first of four victories coming in 2013. Born in Nairobi, he switched from a Kenyan to a British licence in 2008, the year after his time as a trainee at the UCI World Cycling Centre in Aigle, Switzerland. The first African-born riders competing in the race were Raphaël Galiero, Emile Godard and Frédéric Vaillant in 1910. All three were from Algeria, but they had French nationality since at that moment the country was a department of France. It is therefore Ali Neffati from Tunisia who is recognised as the first African rider in the Tour de France, in 1913. Meanwhile, another former UCI World Cycling Centre trainee Daniel Teklehaimanot (Eritrea) made headlines in 2015 when he became the first Sub-Saharan African to wear the polka dot climber’s jersey in the Tour de France.

After South African Louis Meintjes’ 8th place in the GC in both 2016 and 2017, who will be the first rider born in Africa and with an African license to win the Tour de France?