How Innovation and Digital Technologies are Boosting the Cycling Culture 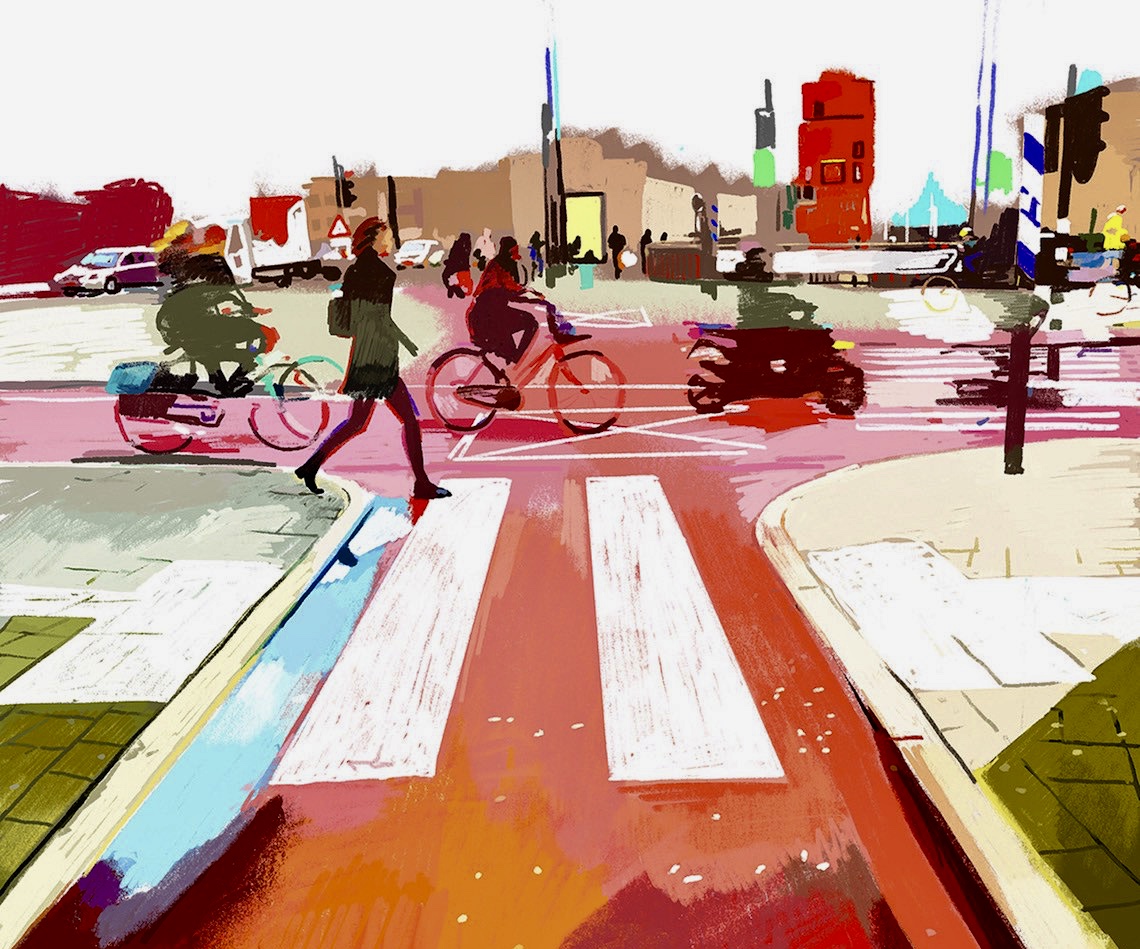 Bicycles communicating with vehicles as automation rolls out across the road. Smart cities building insights on traffic flows to plan better cycling infrastructure. Information in the hands – and on the handlebars – of cyclists to enable faster and safer journeys. These scenarios are part of the vision for the future of road transport and some are already becoming a reality today.

Like all sectors, cycling is not immune from the continuing shift towards digitalization and new technologies. A smart approach to using new tech could help create a better experience for riders, while aiding the creation of safer and more attractive urban spaces for two-wheeled transport.

By gathering data to build up a bird’s eye view of bicycle traffic and trips, planners can better anticipate cyclists’ needs and steer the shape of the urban landscape in favor of the bike. Be it through traffic counters – Artificial Intellegence (AI) tools counting bicycle numbers through traffic cameras -, or the use of anonymised data generated from ride-tracking companies such as Strava, cities are already crunching the data for smarter cycling. For instance, PeopleForBikes have developed the innovative data-driven Bicycle Network Analysis tool, which takes Open Street Map data and information on bicycle infrastructure, rating the quality of the network by assessing whether people can comfortably use it to get to places they need to be such as school, work or the grocery store.

While Mobility as a Service (MaaS) remains one of the hottest topics in the transport sector, in many respects, cycling has been a standard bearer for this transition towards a more distributed and shared model for transportation. Bicycle share systems have proven a hit with the public across the world, and their deployment continues with over 1,000 cities worldwide offering a programme. In Europe, bike share is expected to rise from 3-5 vehicles per 1,000 residents in major cities to 10-20 vehicles per 1,000 residents in the next five years.

Increasingly, a journey begins by opening a mobile phone app where different modes (car, rail, cycling, walking, public transport etc), including estimated journey time and cost, are offered to the user. Having cycling embedded as a digital offering alongside other transport modes is a key goal for cycling advocates. From summer 2019, Google Maps – having also integrated real time information from rail, public transport and car-sharing modes – began offering data on bike-share dock locations and the numbers of bikes available.

Denmark – which has a well-established cycling culture – has looked towards technological solutions to augment cycling plans and improve the riding experience. Cities across the country have rolled out ‘green wave’ projects, that enable cyclists to adapt their speed so they can pass through a green wave of traffic lights with no stopping. Various examples of such projects exist; including ‘lane lights’ in the city of Odense, that give the rider visual cues on the speeds needed to make the next green light at an intersection on time. In addition, pilot projects have been introduced to prioritise cyclists at intersections during rainy weather, while Copenhagen’s real-time traffic control platform monitors the number of cyclists on the road. If there are high levels of cycling, or slow journey times for cyclists, the system adapts traffic signals to prioritise bicycles. For more examples from Denmark, visit Cycling – Danish Solutions.

As rates of cycling – particularly in major cities – increase, the wider technology and business sector is paying more attention. Deeper use of technology can help to accelerate work, and cycling advocates, including Cycling Industries Europe (CIE), are moving to build stronger links with the technology sector. Alongside creating a knowledge hub to gather data on bike sharing, the CIE’s Expert Group on Bike Share (BSEG), has a stated objective of ‘working towards a single European data standard’ for the sector.

Additionally, in its 2020 Technology, Media and Telecommunications Predictions report published at the start of January, consultancy firm Deloitte went as far as including ‘Cycling’s Digital Transformation’ as one of its six major predications for the year.