How Mexico City is Becoming a Mecca for Urban Cycling 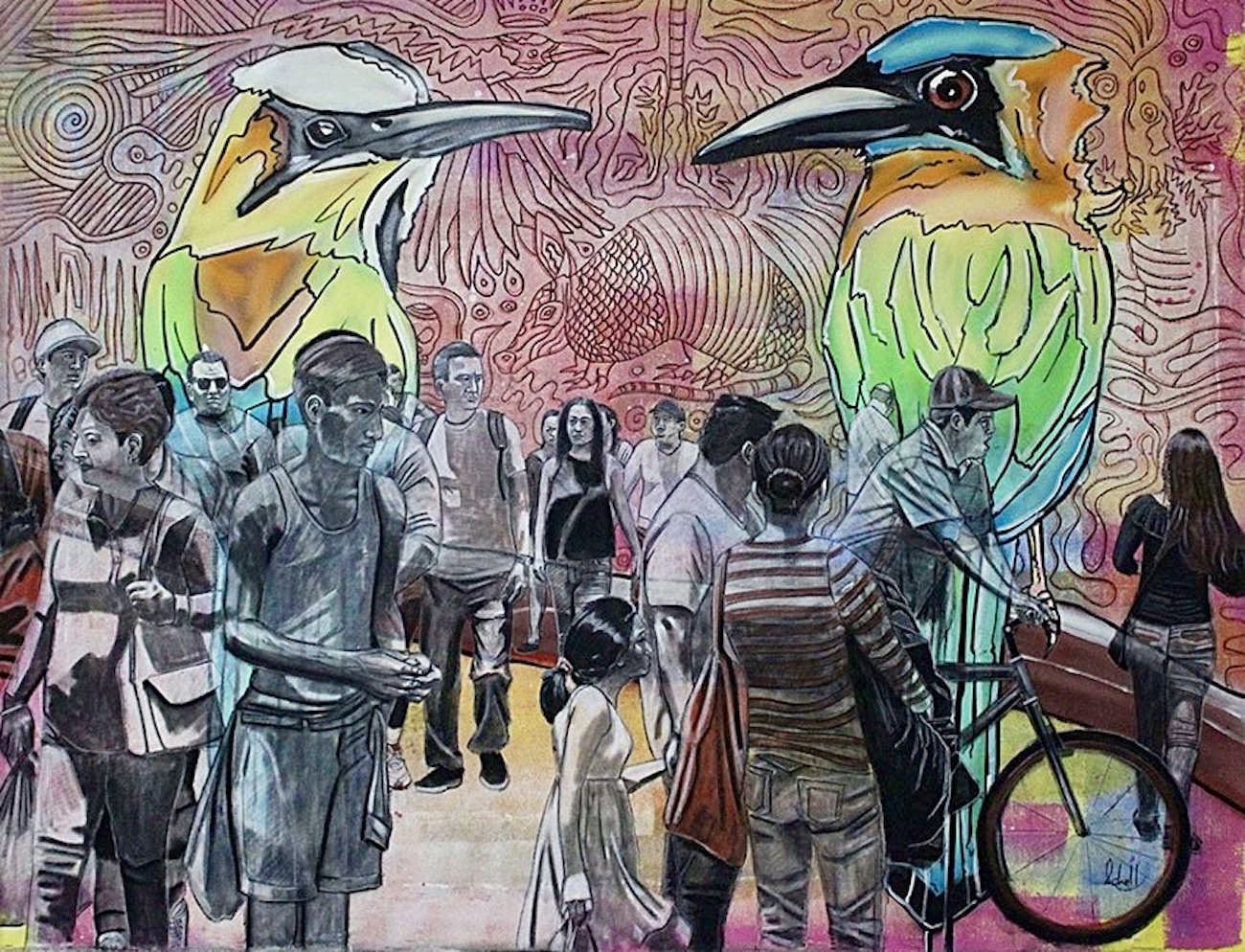 With its population of over 21 million, people could be forgiven for assuming that trying to cycle through Mexico City must be a nightmare.

As Active Mobility Manager at World Resources Institute (WRI) Mexico, he is one of the people behind a radical shift in the mentalities and habits of the Mexican capital’s population when it comes to transport. Together with the city’s Minister of Environment and now with the WRI he has worked on the development of a bicycle-promotion strategy that has led to concrete results.

Between 2008 and 2016, bicycle trips in the city increased by almost 500 percent thanks to the introduction of a host of policies and projects included in the city’s Bicycles Mobility Strategy, which was developed by the Mexico City Government, National Autonomus University of Mexico and Gehl Architects. Cultural and educational projects saw the light of day as did ECOBICI, a bike share system that led to the establishment of segregated bike lanes and huge bike hubs.  In its first nine years of existence, ECOBICI accumulated more than 300,000 users, registering 35,000 daily trips.

Meanwhile, Open Street programs such as “Muévete en Bici,” (Move by Bike) have encouraged people to think about how they could replace car trips with walking or cycling. Madero Street, a main avenue that runs a kilometre through the city’s historic centre, was permanently closed to cars in 2010. Today, around 200,000 people traverse Madero each day, increasing the strip’s commercial activity by at least 30% and reducing criminal activity by 96%.  It is currently one of the safest, most accessible and most valuable avenues in the country.

The efforts made in Mexico City have not gone unnoticed.

Mexico City’s mobility actions also benefit people who live beyond the city boundaries. While half of ECOBICI users live outside the area of operation, 15% live outside the capital altogether. Many residents now use cycling to get to public transport stations, in what is referred to as “last-mile” connectivity. Ninety percent of users combine ECOBICI with other transport systems such as metro, rapid-transit buses or suburban trains.

He is also rightly proud of the benefits arising from the shift to cycling in Mexico City, as outlined in a 2016 report produced by the Le C40 Cities Climate Leadership Group.

The city saw public health and economic benefits between 2009 and 2016 amounting to an estimated $109 million. More than 170km of bike lanes constructed during this period resulted in a summed potential benefit of more than $65 million, a return on investment of almost six times compared to the cost of construction. During its first seven years, ECOBICI monetised benefits of $26 million in health, and replaced close to 24,000km in automobile travel.

Additionally, 16 percent of ECOBICI users swapped their automobiles for public bicycles, representing a reduction of up to 3,900 tons of carbon dioxide over an eight-year period, equivalent to planting 9,000 trees.

De la Lanza adds that ECOBICI data revealed that the average use of the system’s bicycles represented between 31% and 55% of the weekly amount of exercise recommended by the World Health Organization.

Despite the fantastic results achieved, De la Lanza says many more cycling projects waiting to be implemented are being held up by lack of financial and/or political support: “Investment in active mobility is still relatively minor compared to the public funds devoted to car infrastructure,” he says. “And it’s not a challenge that is exclusive to Mexico City. In Latin America, 60% of mobility investments are concentrated on projects for private vehicles.”

However, he remains confident that the bicycle will continue to play an increasing role in the life of Mexico City’s population and other cities benefitting from WRI programmes.

He concludes: “Improving the experience of walking and cycling is an essential element of making the streets safer in fast-growing cities and improving quality of life and sustainability. As Mexico City shows, they are good investments too.”

The World Resources Institute (WRI) is a technical global organization that establishes links between environment conservation, economic opportunities and well-being. At global level, the organisation acts through six critical programmes: Cities, Climate, Energy, Food, Forests and Water. WRI’s EMBARQ centres in Mexico and Turkey are a key part of the global network, particularly in support of the Cities and Transport Program.