How Science Improves the Sport of Paracycling 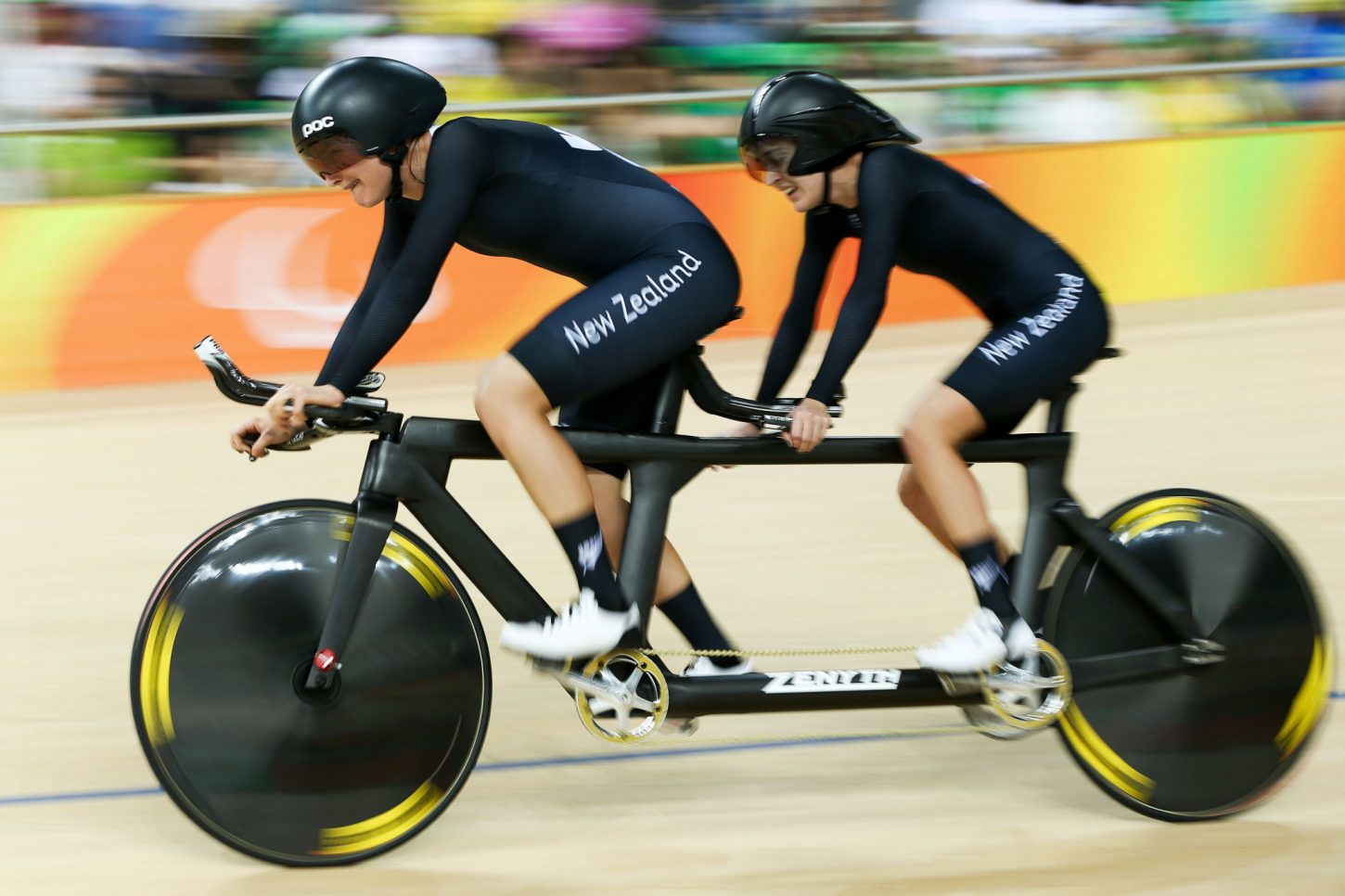 Marginal gain has common parlance in cycling with the success of Team Sky, now Team Ineos. The British team is known for its approach of making numerous small improvements to significantly improve performance. And, as the studies below show, para-cycling is far from left behind in this domain and increasingly benefits from the findings of scientific studies.

Para-cyclists can benefit from joint research between the Eindhoven University of Technology (the Netherlands), the University of Liège (Belgium) and the National University of Ireland Galway that investigated the aerodynamic resistance of tandems and handbikes. The study, led by Paul Mannion, revealed that the optimum posture gives tandem cyclists an 8.1-second advantage over 10km, while the correct choice of wheels delivers hand cyclists a 1.6-second advantage per kilometre. Where fine margins can be the difference between winning and losing, this could be huge.

Twenty-three race positions were tested in the wind tunnel and, especially for tandems, the results were surprising. ‘You’d expect athletes to experience the least resistance in a race when bending over the bike as much as possible,’ explained Mannion. ‘But our research shows that aerodynamics are better if the pilot adopts a more upright position. This helps to shield the stoker from the wind, reducing the total resistance of the two riders.’

Hand cyclists were tested both in the wind tunnel and via computer simulations. In both cases, the wheel type elicited a significant impact on drag, especially in crosswinds. ‘Cyclists tend to choose three disc wheels,’ Mannion said. ‘But this increases overall resistance. A disc wheel at the front and two spoked wheels at the back of the cycle results in much lower resistance.’

Regarding pain management, the following highlights just how resilient elite athletes are. The unnamed source reflected, ‘I had an injury and had to be in the gym every day for three weeks doing something called “occlusion training”. It’s where you cut off the blood to one of your limbs. You then go just until you fail, but you’ve just got to keep telling yourself to keep going. After three weeks… that was mentally very challenging.’

These themes were forged from two key areas: formative experiences (such as setbacks, early trauma and acceptance of failure) and support and coping resources (such as social support and reflective practice). In short, the findings suggested that elite para-athletes display an exceptional level of resilience with the researchers suggesting that ‘able-bodied athletes and coaches alike can learn from this positive attitude, taking on even the harshest of challenges rather than avoid them’.

Victoria Goosey-Tolfrey of Loughborough University, Great Britain, examined nutritional supplement habits of athletes with an impairment. Two-hundred-and-fifty-five elite para-athletes and 144 non-elite para-athletes completed a questionnaire into their nutritional supplementation habits. The results were published in the International Journal of Sport Nutrition and Exercise Metabolism.

Around 58% of athletes had used supplements in the previous six months with elite athletes 1.6 times more likely to use them, reflecting greater training hours and/or access to nutritionists. The most-used supplements were, unsurprisingly, proteins, sports drinks, multivitamins and carbohydrates (via powder, gels or bars) with the most popular reasons being to support exercise recovery, support the immune system and provide energy. These results are very similar to those of able-bodied athletes.

In fact, the most significant point of difference was the use of cranberries by 9% of athletes with a spinal-cord injury, its use down to the perceived prevention of urinary tract infections (UTIs), which are common in this population.

Meanwhile, scientific research is currently being carried out at UCI events in the area of classification of para-cyclists.  Conducted by the Universities of Amsterdam (NED) and Stockholm (SWE) over a four-year period, this research aims to improve the current system so that it is based on firm scientific evidence, as required by the International Paralympic Committee (IPC).

Para-cycling and para-sport in general is growing at a rapid rate and the development of scientific research in this domain reinforces this growth.