How to Fuel for a Gran Fondo 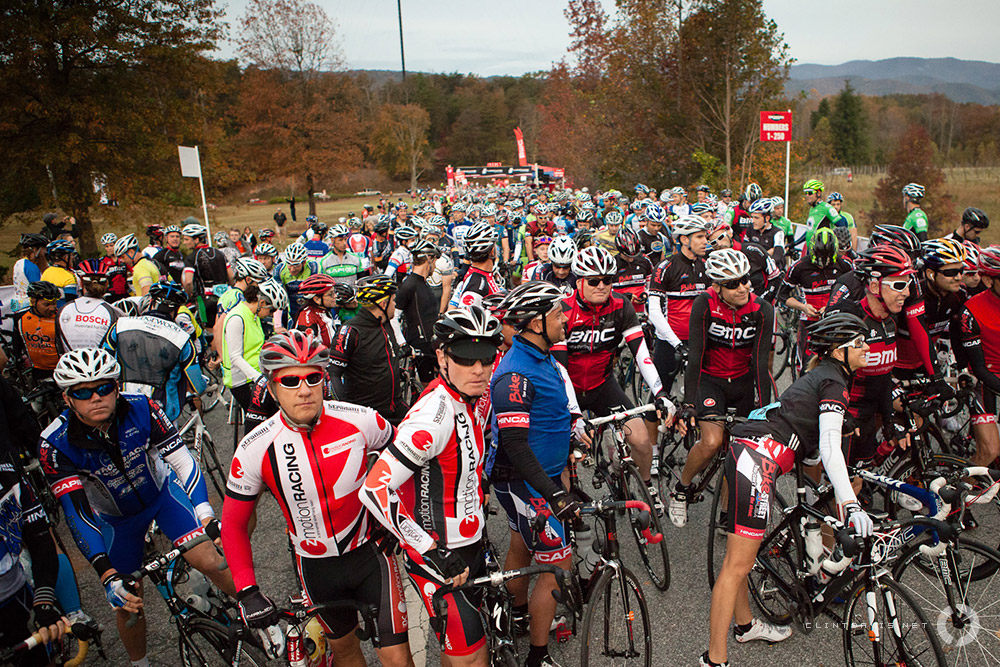 article by Emma Barraclough of SiS (Science in Sport) Limited

Getting your Gran Fondo nutrition right is of the utmost importance for a fast finishing time. Here, sports nutritionist Emma Barraclough guides you through all you need to know for sportive fuelling – from carb-loading to pre-ride breakfast, boosting with caffeine and avoiding the lure of feed station treats.

Carb-loading before a sportive

In the week leading up to your sportive, it’s important to taper – doing less volume in your training – in order to reach the event rested and ready to ride, but you’ll need to think about your food intake as you approach the big day too. This has traditionally meant eating plenty of carbs in the last few days in order to fill muscles with glycogen in advance of the ride.

Carb-loading seems like a very old term now, but it’s still true that if you can build up your stored carbohydrate in your body – the glycogen stores – it will last you longer when you get into events. The shift from that in recent years is that you don’t need to do the depletion phases in the week leading up to it – 48 hours beforehand is enough.

Finding out how much you’ll need is pretty simple too. That’s where you would use grams per kilogram of body mass because it’s very much determinant on your lean muscle mass and how much you’re going to be able to store in your body. We generally say somewhere between 8g and 12g for most recreational riders, but it’s a little bit dependent on experience and what riders are looking to achieve out of their event – whether they’re just getting round or going for a PB.

10g would basically mean three carbohydrate-based meals in the day with carb snacks in between. A lot of people struggle with taking in a lot of food bulk when they’re not really doing the exercise while tapering. It seems unnatural and you feel a bit sluggish if you’re just loading up on food all the time, so you can use the carbohydrate drinks. GO Energy has nearly 50g of carbs per serving, which is two or three slices of bread so in terms of bulk and how it feels to take it, carb drinks are good options.

What to have for pre-ride breakfast

You’re rested and full of carbs in the 48-hours before your sportive – don’t spoil your prep by foregoing breakfast before the event.

For breakfast on the morning of the big ride – two or three hours beforehand – we normally talk about up to 2g per kg of body mass. Basically, that’s two sets of breakfast – porridge with toast as well – doubling up what we’d perceive as a normal breakfast serving. You could use energy drink along with a large serving of cereal or porridge if you didn’t want to eat quite as much.

As the nerves build in the lead-up to the event, there’s sometimes a tendency to feel like you’ve not got enough energy in the bank and the temptation to slurp down a gel can easily become overwhelming. Hold this desire in check – the resulting sugar rush and insulin response will do you no favors until you’re working hard on the bike. If you’ve carb-loaded properly, there’s no need to take gels beforehand.

Once your nervous energy is released by rolling out of the starting gate with hundreds of other enthusiastic riders, nutrition is just one of the many things you need to concentrate on, but keeping fuel in mind is key to success.

One of the big mistakes people make is to hold off on the energy drinks and gels a bit too late.  Generally, even with your maximum loading, you probably only have enough glycogen stores to last you for about 90 minutes, but you certainly don’t want to be waiting until you’re getting close to that point. The longer you can preserve you own glycogen stores, the better you tend to feel.

You want to get into your ride and settled into your rhythm, but generally, take a gel or bar within 30-40 minutes and keep that regular feeding going as you go along, so that you’re hitting about 60g of carbs per hour.

That often means one or two isotonic gels per hour plus what you’re drinking. Some electrolyte drinks take care of carbohydrate and electrolyte together. If you drink 500ml of GO Electrolyte and take a gel within the hour, that would be 58g of carbs per hour for example.

Sports nutrition products are designed to just give you the elements of the food that you need in quickly absorbable form – that’s the whole rationale for them. So of course you can eat a jam sandwich or whatever it might be as you go around, but you’ll also have some fibre and some fats combined in there as well that are all going to slow down the absorption.

Many people find relying solely on sports nutrition tricky, with plenty of riders using real food alongside their sport-specific products. It’s all a balancing act between performance and your ability to deal with the palatability of sports nutrition. If you’re really pushing hard and going up the intensity levels, you’re going to struggle to have the readily available energy need there if you don’t use sports nutrition and only go for real food. That’s the trade-off.

Keep your head at feed stations

Sportive feed stations offer a wealth of leg sustaining treats, but they can also tempt you into scoffing food that’ll just sit heavy in your stomach for much of the ride.

Sportive riders have to be wary of getting to a feed station and eating too much because invariably there are sports nutrition products, but also cakes and sandwiches as well. There’s always a temptation to overdo it at that point and then you’re going up a climb within five to 10 minutes and you’re regretting the sandwiches and jaffa cakes you’ve just eaten.

If you put food into your stomach, it will be pulling some blood supply to help with digestion away from the working muscles. If you do overeat then you’re either going to end up robbing your muscles of some of the oxygen they need to do the exercise or you’ll end up with cramps in your stomach because you’re struggling to digest it.

The variations in concentration of carbohydrates are absolutely enormous. Some products are so concentrated that if you don’t take enough water with them, it’s undoubtedly going to cause you gut problems.

It’s basically drinking sugar syrup and not diluting it in your stomach, so it will just sit in your gut, won’t be absorbed and your body will try and pull fluid out of your cells to try to dilute it, so it’s the complete opposite to what you want.

It comes down to choosing the right product for the right job. That’s why SiS has an isotonic formulation so the concentration of carbohydrate to fluid is exactly balanced so it can be absorbed very easily – it won’t sit in your gut heavy or cause a lot of GI [gastro-intestinal] discomfort.

Save caffeine for when you’re flagging

As the ride drags on, the legs and mind invariably suffer, but having a bit of caffeine can really help freshen you up on the way to the finish.

If you’re riding for over four or five hours, caffeine is something you definitely want to look at to avoid that fatigue element. Caffeine is purely there to trick your brain into thinking you’re not as tired as you actually are.

Obviously, the more caffeine you have day-to-day then the less of a boost you’ll receive from necking a caffeine gel, but there are other things you can do to freshen your palate. Barraclough recommends packing several flavors gel to rotate through, rather than getting sick of just one.

Emma Barraclough is the Senior Sports Nutritionist for Science in Sport (SiS) www.scienceinsport.com