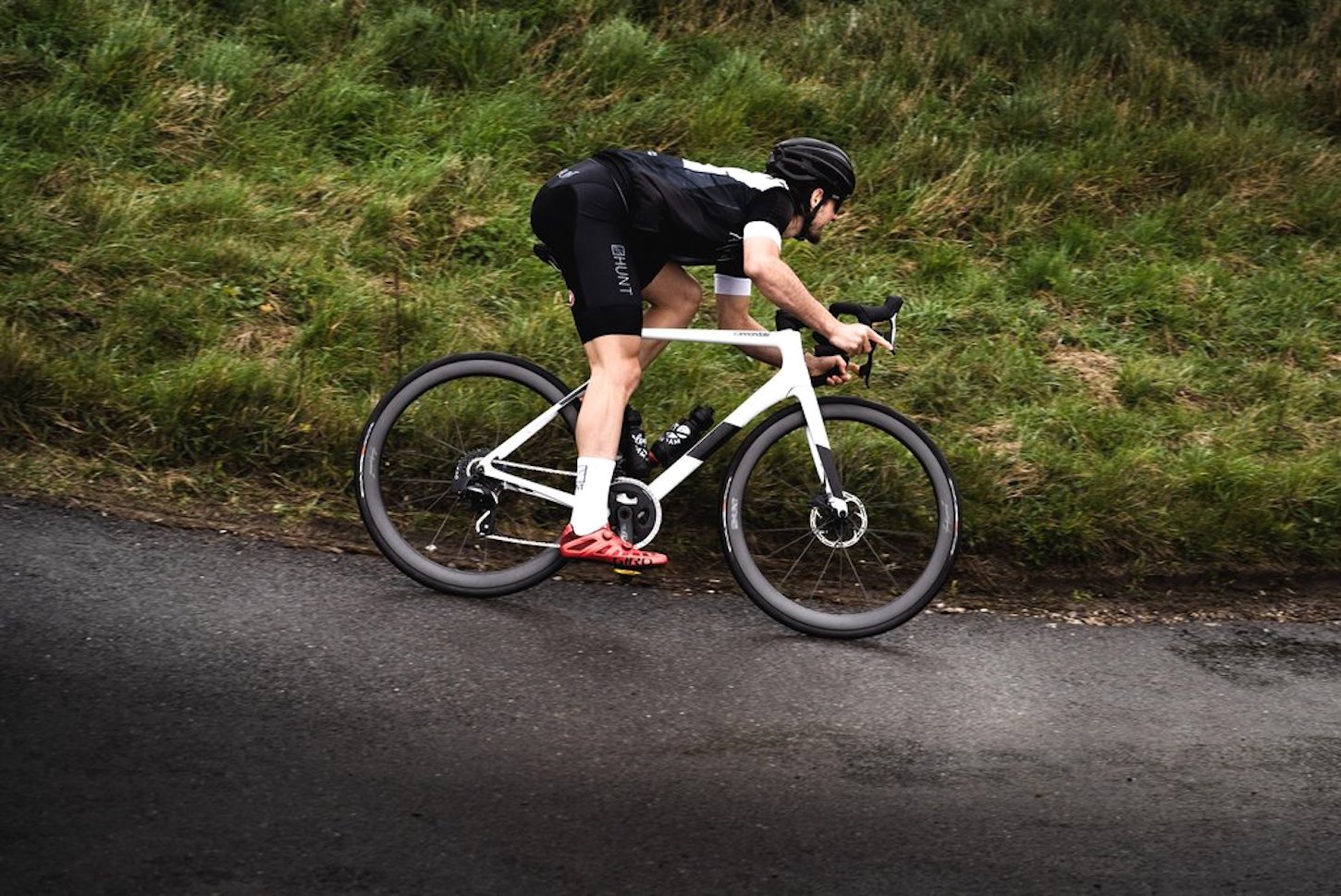 25 Mar 2020
By Gianni Pericolo - In FEATURED ARTICLES, THE DOUBLE DIAMOND

In addition to offering a choice in rim sizes, as its name implies, the new wheelsets feature unidirectional carbon spoke technology that Hunt claims makes the wheels laterally stiffer, reduces vibration and results in lighter weight.

Perhaps more impressively, each spoke is fitted with an aluminum mandrel at each end that’s tensioned into place during the production process. Moreover, because the spoke is tapered, the mandrel locks into place without the need for bonding, allowing the spokes to be trued in a traditional manner once the internal nipple is exposed – meaning the tire and rim strip must be removed first.

According to Hunt, the carbon spokes have a tensile strength that surpasses steel, which is able to withstand a load of almost 1000 pounds per spoke compared to around 660 pounds for their steel counterparts. They’re also stiffer, resulting in less of a spoke count needed (20 at the rear and 18 in a 2:1 configuration at the front), thus making the wheels both lighter and 6% stiffer than a comparable steel-spoked wheelset.

Other features include, a wide 26mm rim profile for the 44mm model that’s optimized for 25mm tubeless tires, while the 54mm version boasts an even wider external width of 29.5mm, capable of supporting tires up to 28mm.

As mentioned, customers can mix and match the sizes for a nominal price adjustment.