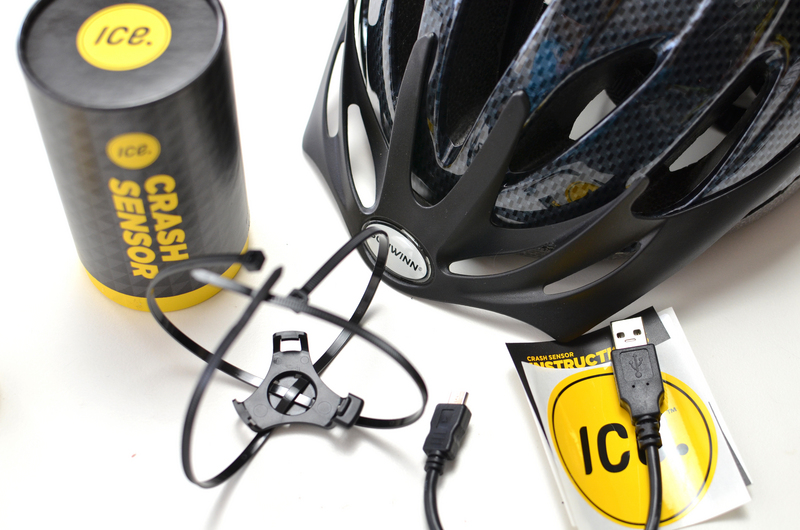 Following on the heels of their “Crash Sensor” device, which alerts emergency personnel in the event a cyclist falls, and impact is detected, ICEdot’s latest product will allow cyclists to call for help on demand.

Named the “Emergency Trigger”, ICEdot’s newest device clips to any helmet strap, wrist band or other practical place, which allows cyclists to let their whereabouts be known at the simple push of a button.

The new device is little more than the size of the CR1225 watch battery that powers it. And, when cyclists push the Emergency Trigger, GPS coordinates are sent out giving their exact location to their list of emergency contacts.

However, the Emergency Trigger doesn’t necessarily have to be used in just emergency situations. Rather, cyclists can use it to simply indicate their current location and or destination. But, should an emergency arise, all cyclists have to do, is hold the button down, and an emergency signal will be sent out to all of their contacts, letting them know there’s a problem and assistance should be sent immediately.

The Emergency Trigger, is designed to work off of ICEdot’s existing app. However, the Bluetooth LE sensor requires a cell phone signal in order for it to work – which, needless to say, can present a problem in areas with limited coverage.

According to ICEdot, the Emergency Trigger has an average battery life of 300 hours, along with a vibration feature, as well as an LED, that indicates the device has been activated.

While still in the prototype phrase, ICEdot plans to launch the Emergency Trigger in March.

As someone who lives in the middle of rural western Massachusetts, I’ll be one of the first to get one.  😉