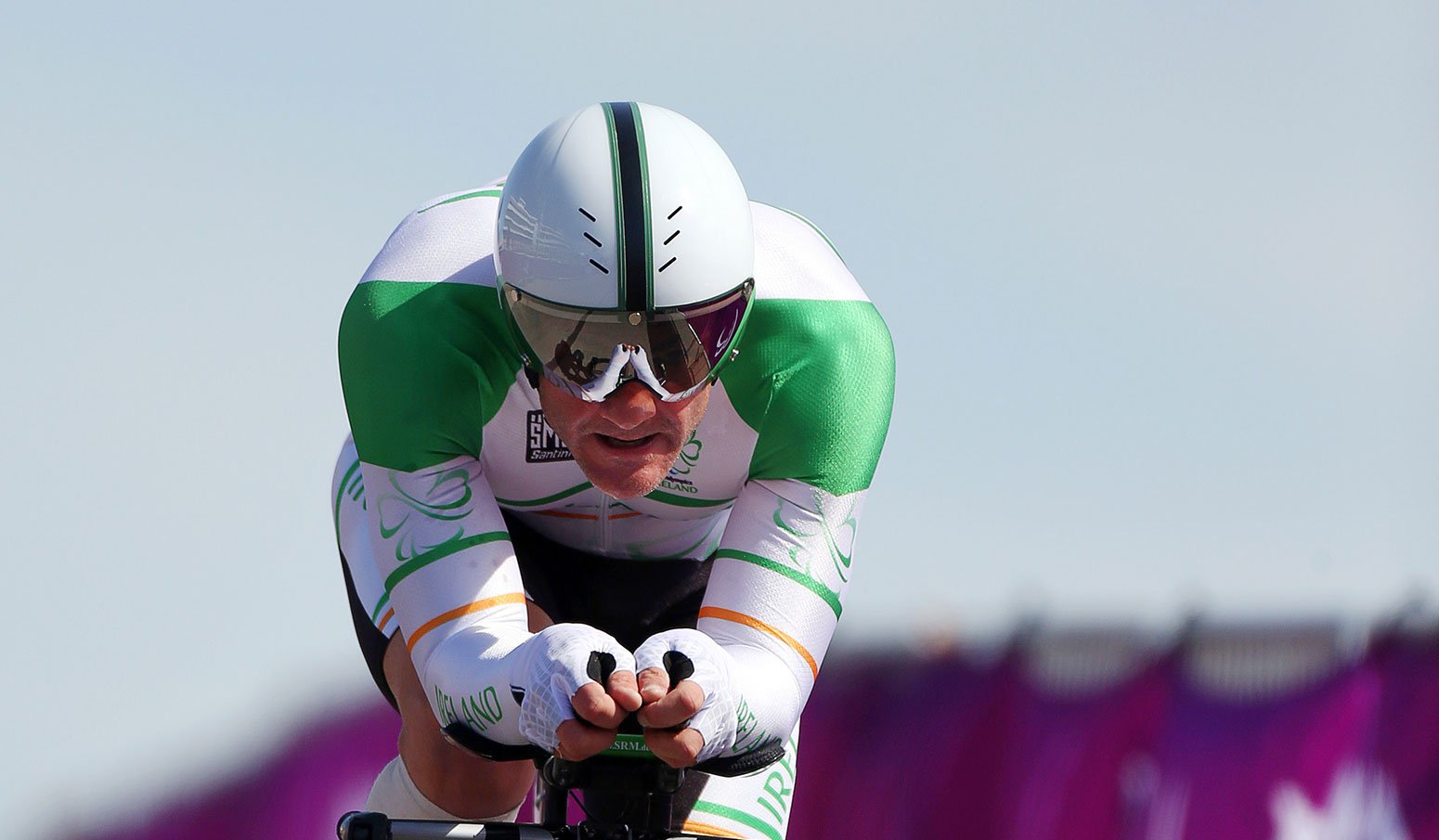 Ireland’s Colin Lynch will be the first paracyclist to go for the UCI Hour Record since its Regulations were extended to paracycling. He will make the attempt on October 1st at the velodrome of the National Cycling Centre in Manchester, Great Britain.

Colin Lynch, 45, races in the C2 category and specializes in endurance races where he has enjoyed success at the highest international level.

Growing up in Canada, Lynch broke his leg playing rugby at the age of 16. Following complications during his treatment, he had to be amputated below his left knee. He then took up cycling, a sport he had practiced as a child, and in 2010 he made his international début in paracycling. Since turning professional at the age of 40, the Irish athlete has clocked up numerous successes.

Lynch made a first attempt on the UCI Hour Record on October 10th 2015 in Manchester, but had to stop after 42 minutes due to a puncture.

Since then, the Union Cycliste Internationale (UCI) has extended its Hour Record Regulations to paracycling, allowing attempts such as that made by Colin Lynch to be ratified. All attempts made before 2016 will be considered as World Best Performances.

The reference distance in the C2 category is 41.31 kilometer in one hour. It was established in 1999 by French cyclist Laurent Thirionet.

Colin Lynch’s attempt will be broadcast live on YouTube.

“Since I began in paracycling in 2008, the UCI Hour Record is something that I’ve had my eye on,” said Colin Lynch. “And after the disappointment of crashing out last year whilst making an attempt, it has been on the forefront of my mind to come back and try again.

“Coming off a successful Paralympic Games, winning silver in the time trial, getting this record would finish off a great year for me – and it is my hope that this attempt will spur on other paracyclists to make similar attempts.”

“I wish the best of luck to Colin for his attempt,” said UCI President Brian Cookson. “The extension of our regulations to include para-cycling means we can now ratify attempts in this discipline. A new page is being written in the history of our legendary sport. I invite all fans to watch this historic attempt on Saturday and I hope that Colin’s performance will inspire other athletes, both men and women.