Is the USA Missing in Action at the Tour de France? 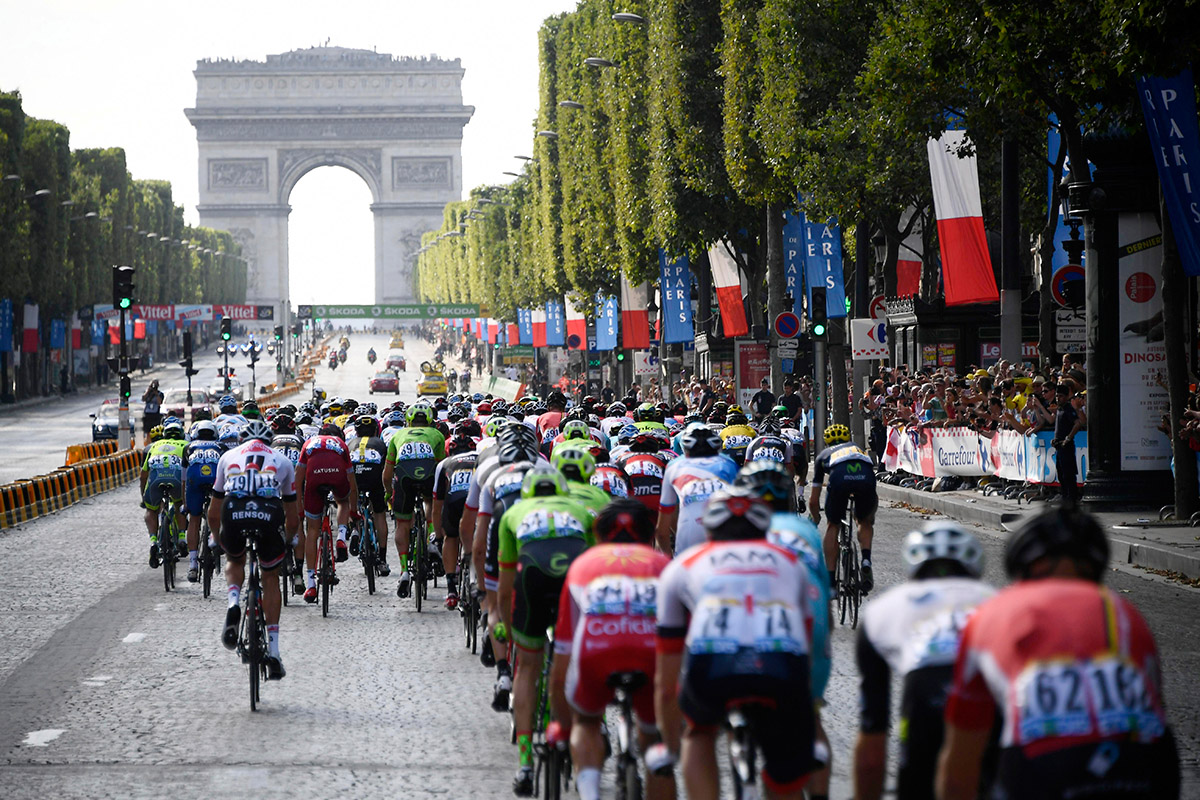 Four of the brightest stars of American men’s cycling in the last decade, Lance Armstrong, Floyd Landis, Levi Leipheimer and Tyler Hamilton, all eventually admitted to doping, wreaking irreparable harm on their sport and tarnishing the credibility of its signature event.

But they also raised the visibility of modern cycling in America to a level it had not known before – and may not know again. And now it appears there is no one to replace them.

As many as five American cyclists are expected compete in the 2018 Tour de France, which begins on July 7. None is considered even a long-shot contender for victory, let alone a favorite. The most celebrated rider of the bunch, Tejay Van Garderen, has twice finished the Tour in fifth place; but those results came four and six years ago.

Stated another way: The United States has about as much chance of winning this year’s Tour as of hoisting the World Cup.

In fact, there has been little for Americans to cheer in the thirteen Tours since Armstrong claimed his unprecedented seventh victory, a feat followed by the equally unprecedented annulment of those titles.

Landis, a Pennsylvanian, won the Tour in spectacular fashion in 2006, only to see the victory unravel in a doping scandal. Leipheimer, a Montanan, placed third in 2007. That result, too, was later reversed over dope.

Until recently, American cyclists at least managed to finish the Tour inside the top ten; in a contest of nearly 200 cyclists, a top-ten finish marks a once or future contender. Christian Vande Velde, a second-generation racer from Illinois, finished fourth at the Tour in 2008, and seventh in 2009. Chris “The Hornet” Horner placed ninth in 2010. Tom Danielson, a climber from Connecticut, finished eighth in 2011. Van Garderen finished fifth in 2012 and 2014. New Yorker Andrew Talansky placed 10th in 2013.

To be clear, all of those men are profoundly talented cyclists, and to finish the Tour at all is a nearly superhuman feat. But their forebears have shown that it is possible to contend at the Tour, even to win it.

Greg LeMond became the first American to win the Tour in 1986. His conquest was all the more remarkable considering that no American had even entered the Tour until 1981. Three years later, in 1989, LeMond came back from a near-fatal hunting accident to win the Tour again, the closest finish in race history.

American fans had mostly ignored the Tour before LeMond. Television viewership rose steadily during his career and peaked in 1989, when an ABC broadcast of the Tour finale drew a Nielsen rating of 5.2, viewed in nearly five million homes.

Tour viewership in America declined along with LeMond’s career in the early 1990s. It surged again with the ascendance of Armstrong, whose recovery from testicular cancer introduced the sport to a vast new audience of survivors. An estimated 1.7 millions American viewers watched Armstrong’s seventh and final Tour victory in 2005.

Then Armstrong retired, and ratings plummeted. By 2006, daily U.S. viewership had declined by half, even as former Armstrong teammate Landis pedaled to victory. Average viewership rose slightly in 2007 but dwindled in 2008 in the absence of a compelling U.S. contender.

When Armstrong mounted a Michael Jordan-styled comeback in 2009, viewers responded, pushing daily viewership to around half a million in that year and the next. Then Armstrong exited once more, and viewership again dipped. In 2016 and 2017, on the NBC and NBCSN networks, daily viewers bottomed out around 325,000.

Today, the Tour’s American promoters are awaiting the next Lance. (Or, perhaps, the next LeMond.)

In 2013, the Washington Post devoted a magazine-length feature to Joe Dombrowski, a Delaware cyclist of 21 “who could help lead the embattled sport from out of its self-inflicted wreckage,” the writer opined, “but only by pedaling his way out of Armstrong’s long shadow.” Five years later, Dombrowski has yet to enter the Tour.

Those were hopeful times. In the same year, the Los Angeles Times anointed the 24-year-old Van Garderen “America’s best young stage racer,” and the New York Times declared that the 24-year-old Talansky had “all the makings of a grand tour winner.”

Implicit in all of those articles was the mildly chauvinistic supposition that some rising star of American cycling would emerge to save the European sport: The only remaining task was to identify him. It took a few years, but the peloton finally served up a true successor to the past kings of cycling, although the new monarch sits on a rather shaky throne. He is Chris Froome, and he comes from a most unlikely place: England, a nation that had not yielded a Tour champion until 2012.

Another nation will eventually sweep in to supplant the Brits, and it will probably not be America. The current favorite seems to be Colombia, a nation whose Tour entrants have evolved from great climbers to great “all-rounders,” men who no longer look lost at a time trial. Colombian Rigoberto Urán finished second behind Froome in 2017.  Nairo Quintana finished second in 2013 and 2015 and third in 2016. Urán is a veteran at 31, but Quintana might be peaking at 28. Right behind them is Miguel Ángel López, 24, third in this year’s Giro d’Italia.

Circling back to put the current American era in context: ten Americans rode in the 1986 Tour, the first to feature an American winner (LeMond) and an American team. The historic 7-Eleven squad included future commentator Bob “Bobke” Roll, Olympic medalist Eric Heiden and other outstanding U.S. cyclists, although the best of them, LeMond and climber Andy Hampsten, rode for the French. Eight Americans and one U.S. team, sponsored by the Postal Service, pedaled in 1999, the year of Armstrong’s first victory.

In the years after Armstrong’s retirement, the United States fielded multiple teams and a healthy roster of riders. And, viewed in hindsight, the accomplishments of Vande Velde and Van Garderen hold up pretty well. Bearing in mind that only one American is now credited with actually winning the Tour, here is a list of the five best U.S. finishers not named LeMond:

Our nation’s struggles in more recent years more closely resemble the state of affairs in fallow 1990s, when LeMond and Hampsten were fading and Armstrong had not yet learned to climb.

So where are the future American contenders? Where is the pipeline?  Writing last year in Bicycling magazine Joe Lindsey asked, “Why did the state of top-tier men’s road racing go from so promising to so bleak, so fast?” He posed the question to Jonathan Vaughters, a former racer who now manages a top American team. Vaughters replied that the way teams are now configured, “it’s not necessarily that you send your best nine guys to the Tour.”

Maybe, maybe not. But if any nine American cyclists were good enough to propel one of their number to victory at this year’s Tour, you have to think someone would pony up the airfare.

This article was provided by The Outer Line