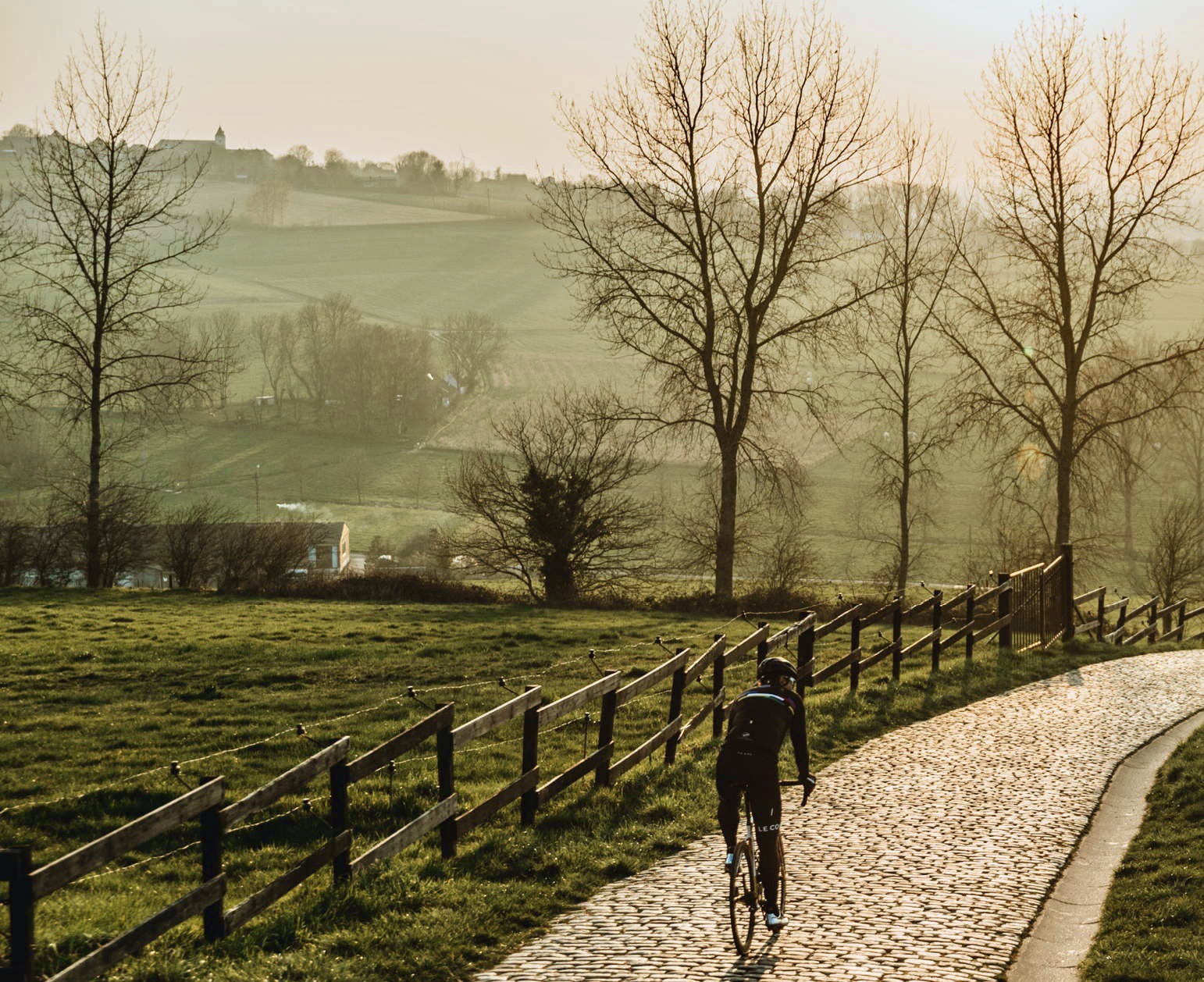 The boutique apparel brand, Le Col, and Johan Museeuw have partnered on a limited edition collection fittingly called the Lion of Flanders.

Earning the moniker, the Lion of Flanders, after winning the Tour of Flanders no fewer than three-times, as well as being a three-time winner of the Paris-Roubaix Classic and the 1996 World Championship Road Race, the new Le Col X Museeuw collection celebrates these victories with series of jerseys, caps, socks and a neck warmer.

The jerseys in the collection feature three unique designs such as a stylized rampant lion, borrowed from the Flemish coat of arms, against the light blue of the Belgian national team, a fragmented rainbow band on a black background that commemorates the World Champion Rainbow stripes and a plain black or light blue colorway with Le Col’s logo and Museeuw’s signature on the breast.

“Every route is beautiful, even if you take another road off the [Tour of] Flanders route. When I was riding I never stopped on training [rides]. Now it’s different. Now I like to stop after a couple of hours and to have a coffee, and when it’s possible, a beer,” Museeuw reflects on his career.

“I always want to stop on a special road called Ronde Van Vlaanderenstaat. You can see the whole street from the beginning to the end from the old cafe in the middle. It’s beautiful, it’s old, you can drink very good beer and coffee,” he adds.

“Yeah, it’s difficult to say why I was dominant and that kind of racer,” he continues. “For long distance races and harder races like Flanders and Roubaix, you make your training programme for these races. My generation was thinking that they have to do six or seven hours every day. Now it’s different.”