CapoVelo.com
CapoVelo.com - - Let’s Hear it for Carbs – Tour de France Riders Couldn’t do it Without Them
16344
post-template-default,single,single-post,postid-16344,single-format-standard,no_animation 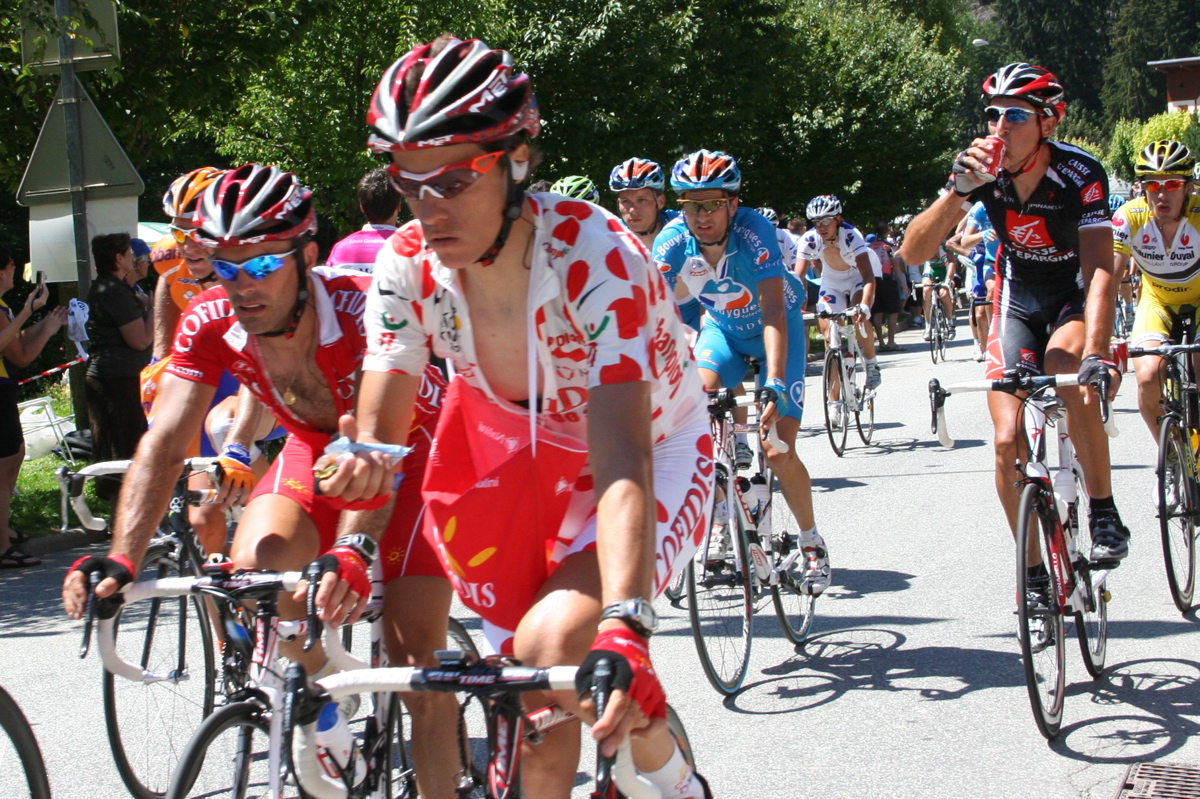 The Tour de France is widely regarded as the most strenuous endurance endeavour in sport. Performance levels have become so high that efforts approach the limits of human tolerance and it is clear that optimum nutrition is important to ensure physiological function is not hindered. But unlike the bad reputation carbohydrates get in some ordinary diets and in endurance sport circles, the evidence suggests that this energy source is not a devil in disguise.

In 1903 the winner of the inaugural stage of “Le Tour” was a French chimney sweep called Maurice Garin who obtained food throughout the race in bars and drank from fountains. More than 100 years later competition is between professional cycling teams offering a range of sports science support to the cyclist, who in turn is a very highly-trained professional athlete whose entire lifestyle is dedicated to the event.

Energy demands and the toxic debate

Nutritional support focuses on meeting energy demands, fluid intake but also on carbohydrate availability. Indeed the general consensus is to maximise carbohydrate stores pre-exercise to meet fuel requirements of the race and optimise restoration of muscle glycogen stores between stages, in order to minimise the impairing effects of carbohydrate depletion. However, recently carbohydrate and in particular sugar (a type of carbohydrate) have received much bad press in the media, and to some extent in academia.

This is epitomised by Robert Lustig’s “sugar is toxic” meme leading us to question not only if high intakes of carbohydrate are safe, but if they are optimal for endurance performance after all. Recently, Timothy Noakes, a notable sport and exercise scientist and a prolific marathon runner, has lent his weight to the argument that over-consumption of refined carbohydrates may be toxic for the body. As a consequence there is new interest in high-fat and restricted carbohydrate diets for endurance performance.

However, it is prudent to be cautious of fads and fashions in research, and the “toxic truth about carbohydrate” message is bordering this line. It would certainly be premature to change guidelines based on the limited evidence that we currently have in relation to high-fat, low carbohydrate diets for ultra-endurance events such as the Tour de France.

The link between dietary carbohydrate intake and exercise tolerance was established as early as the 1920s. Furthermore, seminal research on food intake and energy expenditure during the Tour de France was conducted by Saris and colleagues in 1989. They observed a mean energy intake of almost 6,000 kcal and a peak intake of 7,739 kcal (a lot). This matched energy demands (mean value 6,066 kcal) rather well. Of this, 62% of energy intake was from carbohydrate, with just 23% from fat. This is in line with modern recommendations for endurance performance where 65-70% of daily energy intake should be in the form of carbohydrate.

The precedence was set and the conclusion was that strategies to deliver large quantities of carbohydrate were an appropriate solution for the Tour de France.

Other research reviews support this and there are several physiological mechanisms that make us believe carbohydrate is very important for endurance performance.

First, carbohydrates primarily serve as an energy fuel, and glycogen becomes the most important substrate when exercise intensity is high. This relates to the fact that less oxygen is required to oxidise a unit of carbohydrate when compared to fat.

Second, there are common pathways by which carbohydrate and fat are oxidised and fat metabolism is somewhat dependent on a background level of carbohydrate catabolism. This is often referred to as “fat burns in a carbohydrate flame”.

The brain also relies on blood glucose (carbohydrate) almost exclusively under normal conditions which is important to avoid so-called central fatigue which can include weakness, hunger and dizziness. Presumably the ability to concentrate is very important for Tour de France cyclists – several spectacular and dangerous crashes this year spring to mind.

Noakes’ suggestion regarding high-fat diets, and the finding that elite athletes chronically adapted to such a diet are able to more effectively oxidate fat is interesting, but there is little evidence to suggest diets high in fat will enhance performance.

Additionally, the long-term health effects of such diets are not known. Demonising sugar and carbohydrate is not useful or accurate. This relates to both performance and health for the Tour de France cyclist and the general public. We need sugar (carbohydrate) just like we need fat and protein. There is, as one would expect, a level of flexibility in the ratio of how we consume these nutrients – but what Tour de France cyclists demonstrate particularly well is the need for balance. Energy intake must match energy expenditure. Sugar is not toxic, the dose makes the poison.

The extraordinary demands of the Tour de France requires a special internal combustion engine. For homo sapiens this “engine” constitutes a carbon-based fuel chemically reacting with oxygen extracted from air and burning, producing among other things energy. As far as we know, a focus on carbohydrate intake before, during and in between stages is the best way to facilitate this. So as the riders move through the Alps do not expect to see a new nutritional strategy.

Matthew Haines is Senior Lecturer in Health and Wellbeing at University of Huddersfield.