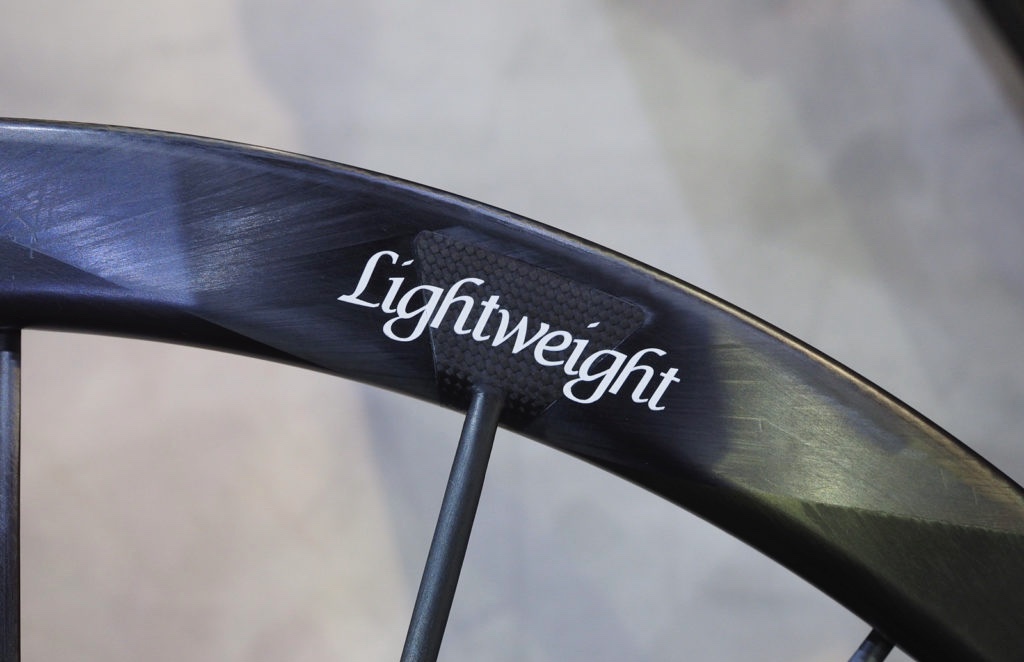 Lightweight has been at it again, as the Uber Lords of carbon fiber unveiled a new, more affordable carbon wheelset during this week’s Eurobike show – called the Wegweiser.

That’s right we used the term affordable, which up until now has been considered a swear word in the German company’s glossary of terms.

While the Wegweiser is far from inexpensive at €3,500, they’re nevertheless considerably less costly than anything Lightweight has offered up until now.

In addition to lower cost, the Wegweiser also represents Lightweight’s first-ever machine assembled wheel, wherein the rim itself is created via an automated process, while the spokes are hand-glued in place.

According to Lightweight, the 36mm Wegweiser is available in clincher only, and they weigh in at hefty 1,440 grams per set, with wider internal/external rim widths of up to 24mm.