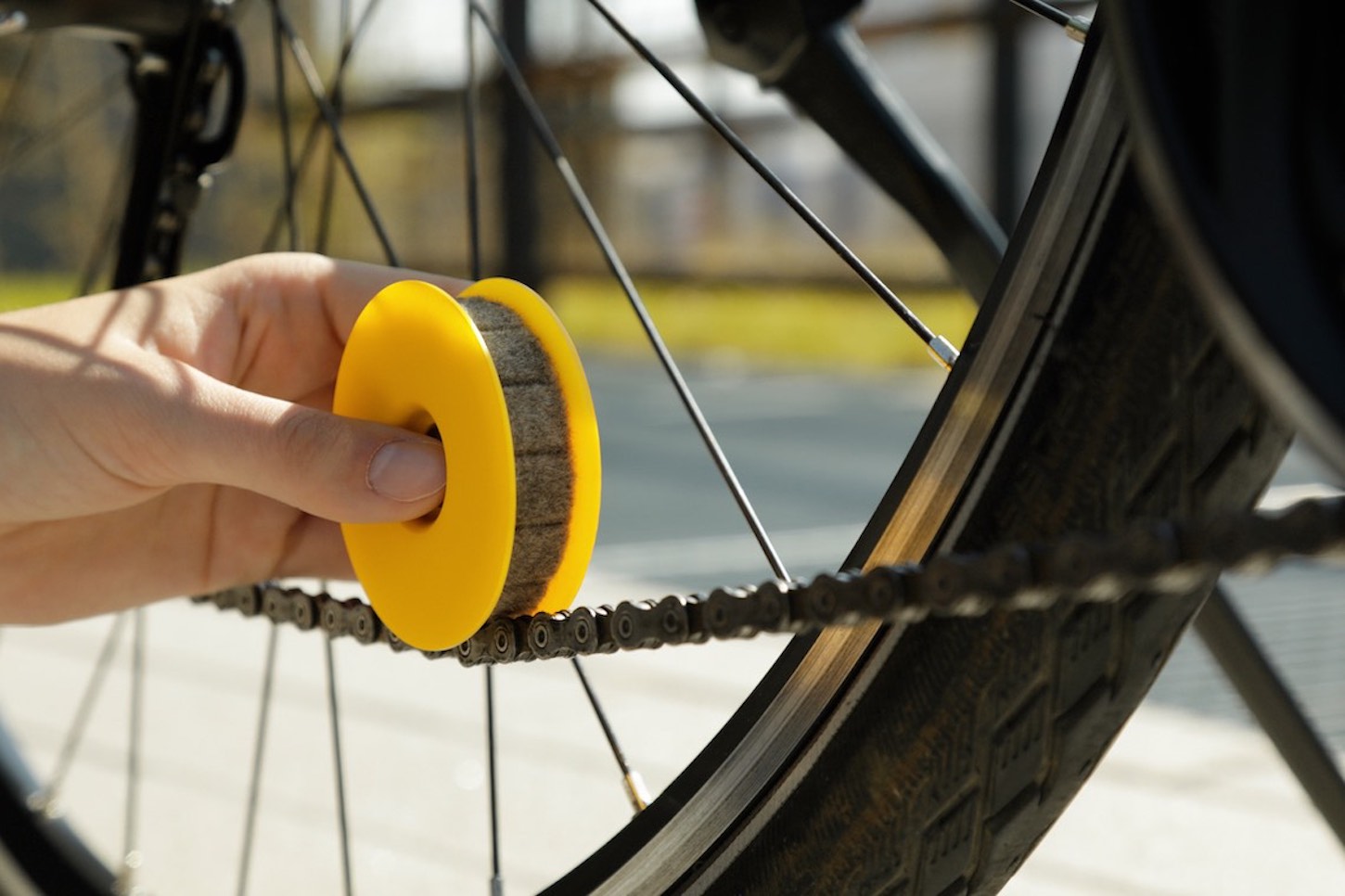 The German start-up brand, FLECTR, is aimed at making the task of lubing one’s chain effortless and less messy with the launch of its new LUBRI DISC.

The LUBRI DISC comprises a spong lubricator wheel that’s sandwiched between two magnetically-joined plastic discs that can evenly apply lubrication on both sides of the chain. Moreover, FLECTR claims the lubrication can be applied with just two to three turns of the crank, reaching keys areas of the chain such as the plates and rollers.

FLECTR says, virtually any low- to medium-viscosity lubricant can be used with the LUBRI DISC. However, wax-based formulas are not recommended,

Additionally, for the environmentally conscious cyclist, the LUBRI DISC is biodegradable.

FLECTR has currently undertaken a crowd-funding campaign on Kickstarter, offering special incentives on the LUBRI DISC for early backers.