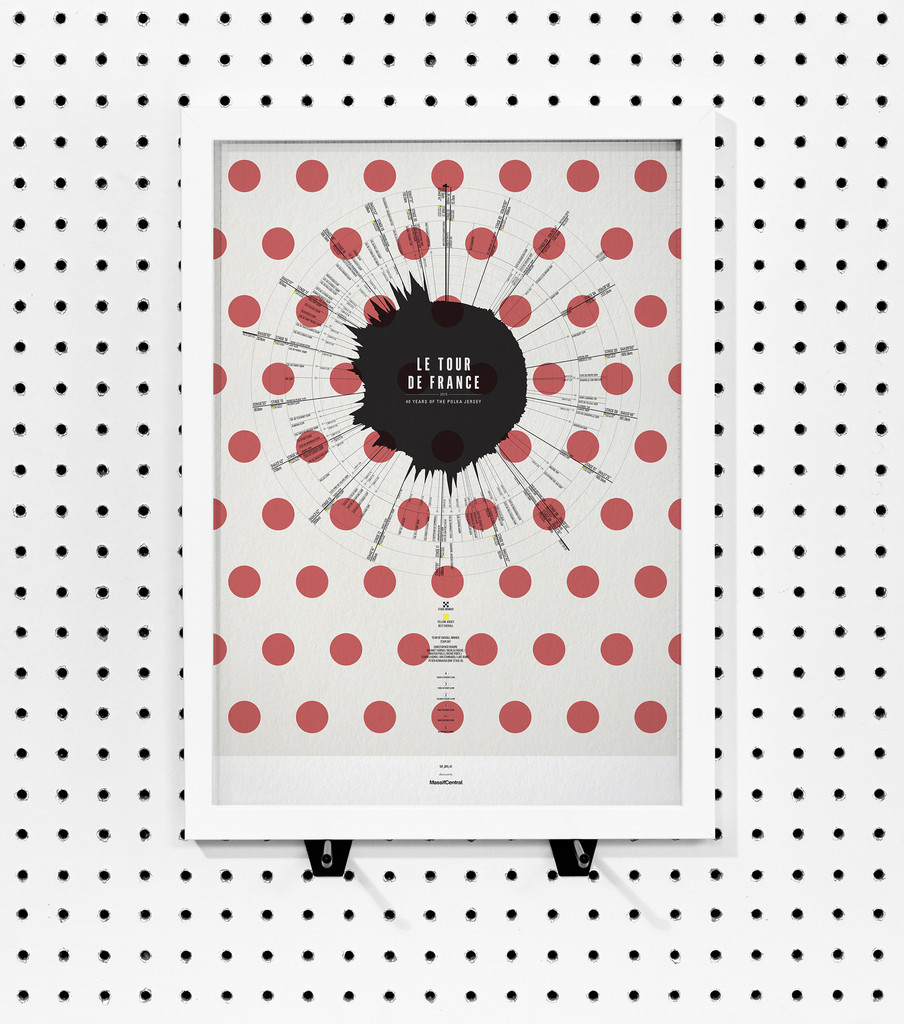 The A3 version of our 2015 Tour de France print celebrates 40 years of the Polka Dot Jersey awarded to the winner of the King of the Mountains competition.

Although the KOM classification has been around for many decades the awarding of the polka dot jersey only started in 1975. It was appropriate there that, in this commemorative year, the overall winner of the race, Chris Froome, also won the ‘maillot a pois’; something that hasn’t before as the last time one person won both was back in 1970.