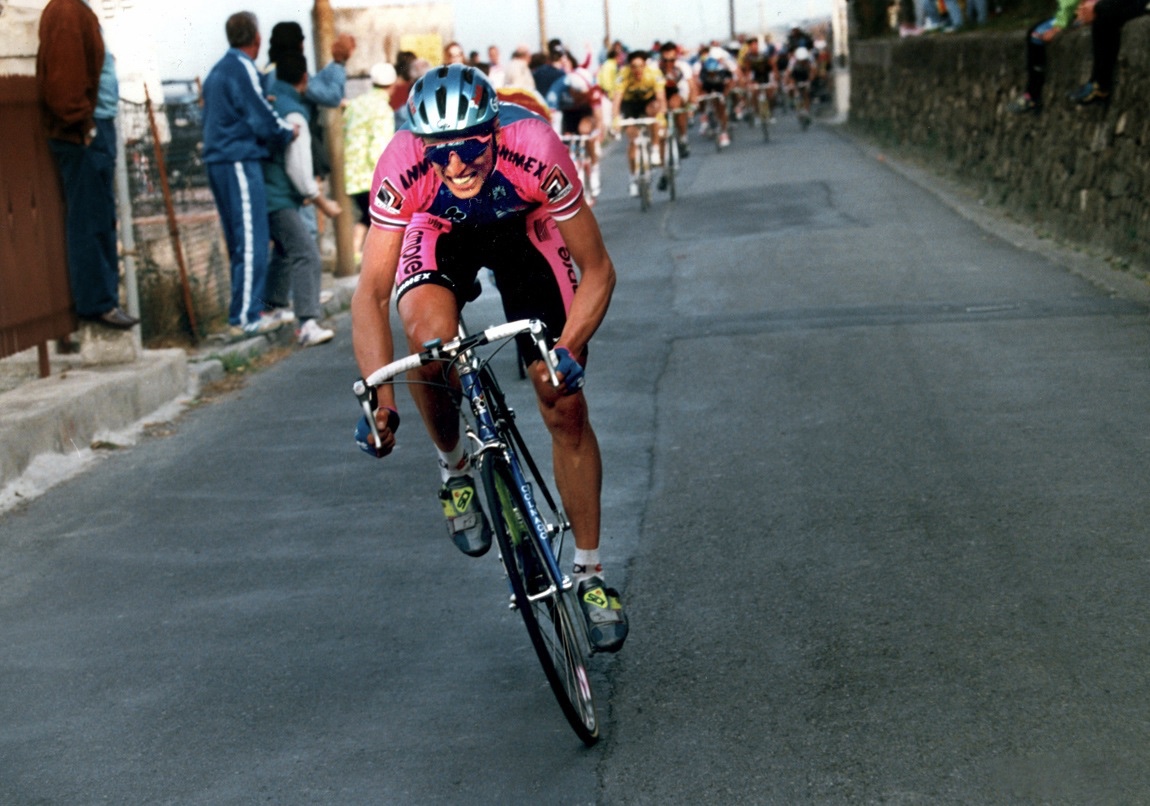 A belated happy birthday to Maurizio Fondriest, who was born on January 15, 1965.

The Italian rider was born in Cles, Trentino, Italy and turned professional in 1987 with the Ecoflam team.

The following year, Fondriest rode for Alfa-Lum team, winning the World Championship Road Race in Ronse, Belgium ahead of Martial Gayant of France and Juan Fernandez of Spain, along with stage wins in the Tour de Suisse and Tirreno–Adriatico.

1993 was an especially prosperous year for Fondriest, while riding for the Lampre team, he won the prestigious Milan–San Remo Classic, La Flèche Wallonne, the Züri-Metzgete, the Giro dell’Emilia, the general classification and two stages of Tirreno–Adriatico, three stages and the general classification of the Grand Prix du Midi Libre, a stage in the Giro d’Italia and the overall title in the UCI World Cup rankings again.

The following year saw victories in the overall titles in both the Tour of Britain and Tour of Poland.

1995 would prove to be of almost equal success to that of his 1993 season, as Fondriest claimed victories in a stage of the Giro d’Italia, the overall title of the Tirreno–Adriatico and triumphs in the Milan–San Remo, Gent–Wevelgem and La Flèche Wallonne Spring Classics.

In the following years, Fondriest established a successful bike brand under his namesake, ushering in some of the most innovative designs, leading up to many of today’s most sophisticated carbon fiber models.