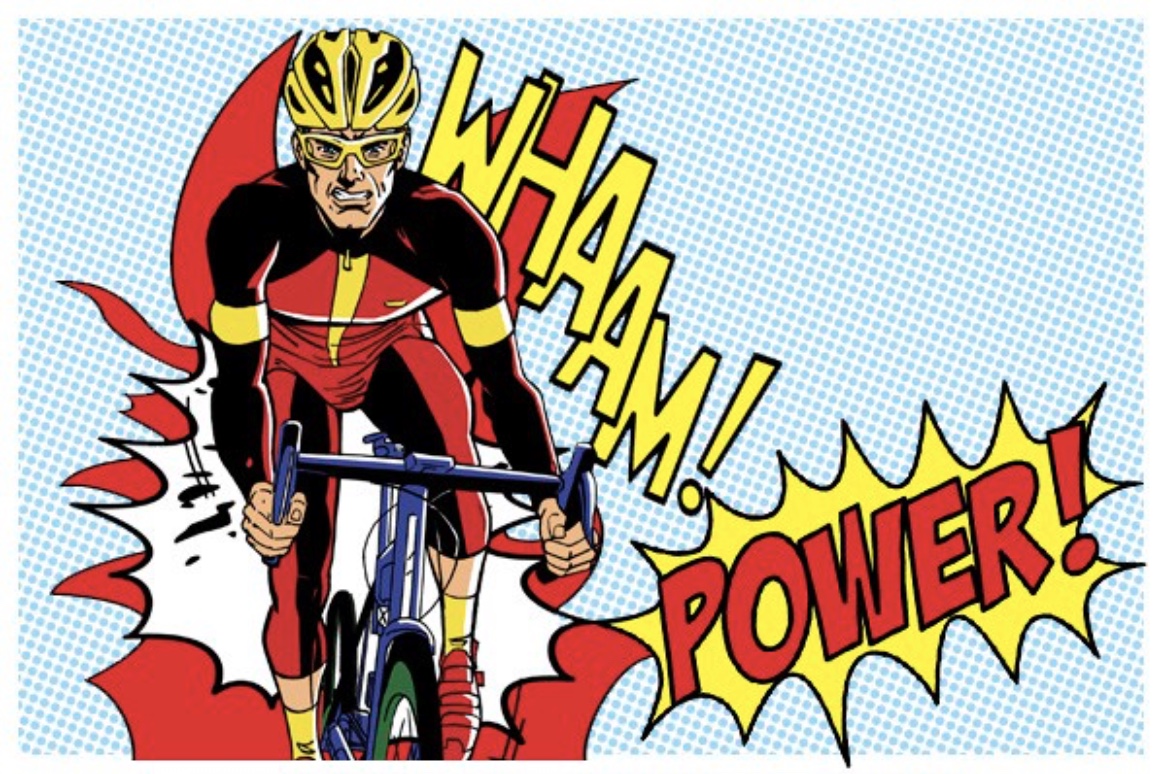 One December a road racer I had coached for more than 10 years collided with a dog. The rider’s name is Bob. The dog charged him during a group ride and ended up under Bob’s bike while he was going full speed. Bob launched into the air and eventually had a hard meeting with earth. The dog, unharmed, took off running after a few body rolls on the pavement.

When the dust settled and an evaluation was made, Bob ended up with a broken clavicle—or what is commonly called the collarbone.

A broken collarbone eliminates many training options for a cyclist: no leg presses, squats or outdoor riding for six weeks, and only the absolute minimal pressure on the hands, arms and upper body. This prescription doesn’t leave many options for staying in form for someone wanting to do a four-hour race in February and therefore demanded some coaching creativity on my part.

Before the crash, Bob was just beginning to work on lactate-threshold power. After the crash, lactate-threshold intervals were out of the question—they caused too much pain. Long rides had to be done indoors and for a maximum of 2 hours. The accumulated time above aerobic training zones was very minimal.

He continued to do strength-training exercises that did not cause him pain, though there were few that did. To help him keep some leg strength and power, I had him do short, powerful intervals with generous rest on the indoor trainer. The goal was to produce as much wattage as possible for each interval. I didn’t care if power faded through the workout, I wanted him to “go for it” each time. These once-per-week interval sessions were his key workouts for six weeks.

Ten weeks after his collision, Bob raced. We were both pleasantly surprised with the results. Even though he had only three lactate-threshold workouts in the 10 weeks prior to the event and his long rides were between 1.5 and 2.25 hours long, he was within 5 minutes of his best time. His average power production for several time samples actually increased compared to the previous year when we did more traditional endurance training:

We were both convinced it was the short Miracle Intervals that made the difference.

Although I was pleasantly surprised at the results, I pondered the explanation of why it happened. Could I reproduce this result again? Ten years ago, this type of training for an experienced cyclist was new to me, nor had I seen any other coach recommend such a non-traditional approach.

I did find research that supported my experiment. The study investigated the effects of short-term, high-intensity sprint training on 17 trained cyclists. The cyclists had a minimum of two years of training and had been involved in previous training programs.

For the experiment, sprint training workouts occurred twice per week for four weeks. The first workout included four, 30-second sprints followed by four minutes of active recovery. The total sprint work equaled 28 minutes accumulated over the four weeks. The remainder of the training for the sprint group was endurance training.

Subsequent research has found that these short intervals may also improve insulin sensitivity, key for people dealing with insulin resistance. I’ll leave that for another column.

Below are three examples of Bob’s key power workouts:

I have designed several progressions of Miracle Intervals and used them in my training plans.I’m certain they can work for you too.

4 Tips on How You Can Use Miracle Intervals

Gale Bernhardt has coached Olympic road racers, triathletes, World Cup mountain bike riders and Leadville 100 racers. The same principles that work for elite athletes and competitive age group athletes can work for you too. TrainingPeaks hosts many of Gale’s ready-to-use, easy-to-follow training plans for cycling and triathlon. She’s also a frequent contributor to the TrainingPeaks Blog.