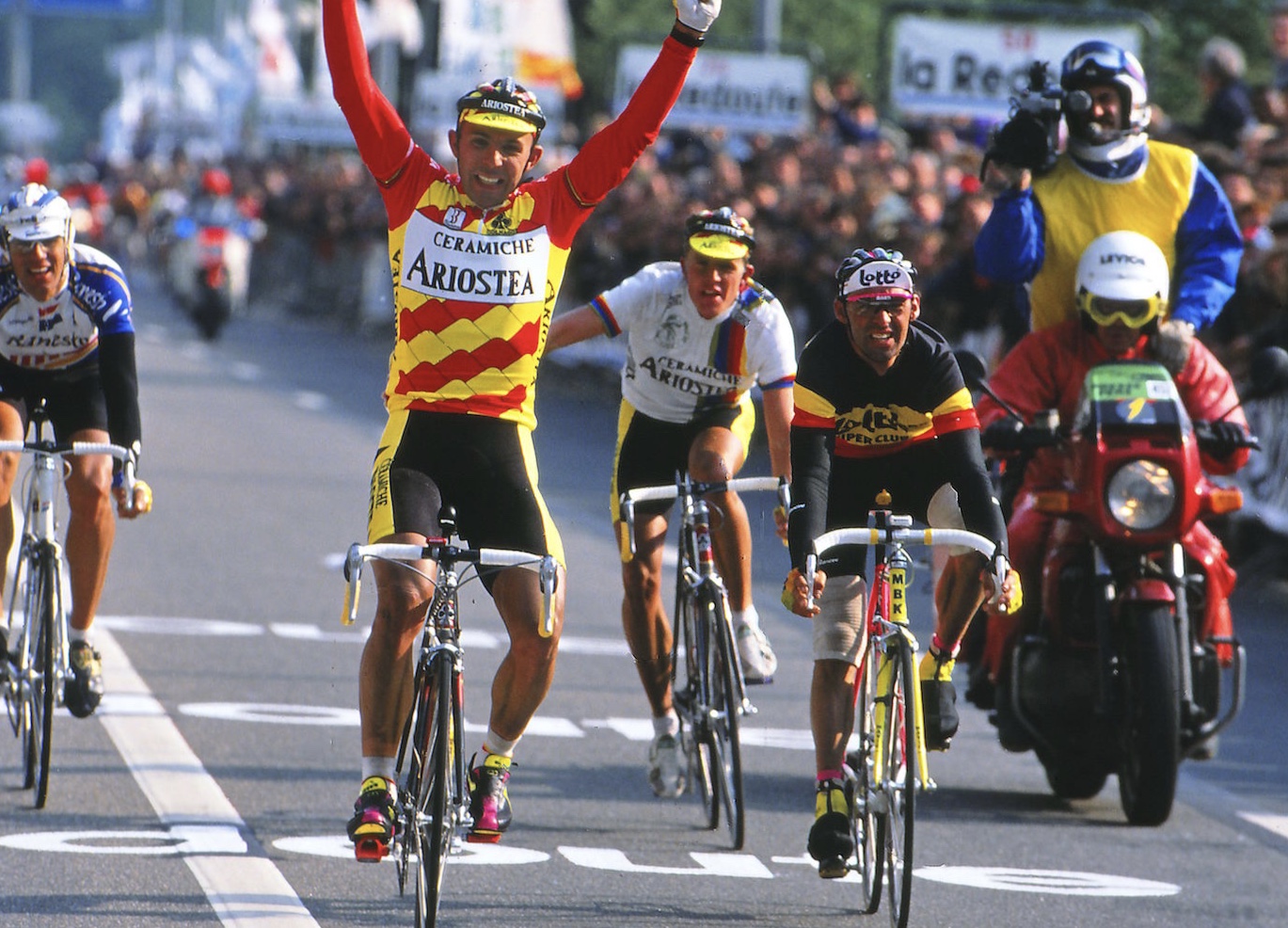 A belated happy birthday to Moreno Argentin, who was born on December 17, 1960.

Nicknamed Il Capo (“The Boss”), the Italian rider was a proven performer in the World Championship Road Race, the Classics and Grand Tour events, and is best known for winning the prestigious Liege-Bastogne-Liege Classic four times in 1985, 1986, 1987 and 1991 – a feat only surpassed by cycling luminary Eddy Merckx.

In addition, Argentin also won the Fleche Wallonne Classic a record three times in 1990, 1991 and 1994, an accomplishment only tied by Merckx and Marcel Kint, along with victories in the Tour of Flanders Classic (1990) and the Tour of Lombardy (1987).

Perhaps, Argentin’s most memorable victory was winning the 1986 World Championship Road Race in a two-man sprint against Charly Mottet of France.

Both before and after his 1986 victory, Argentin complimented the podium in the World Championship Road Race after finishing third in the 1985 race behind Joop Zoetemelk of Holland and Greg Lemond of the USA and second place behind Stephen Roche of Ireland in 1987.

As far as Grand Tour events are concerned, early on in his career, Argentin finished third in the 1984 Giro d’Italia behind Francesco Moser of Italy and Laurent Fignon of France.

Nowadays, Argentin resides in his native region of Veneto, Italy, where he has a partnership in a real estate company.