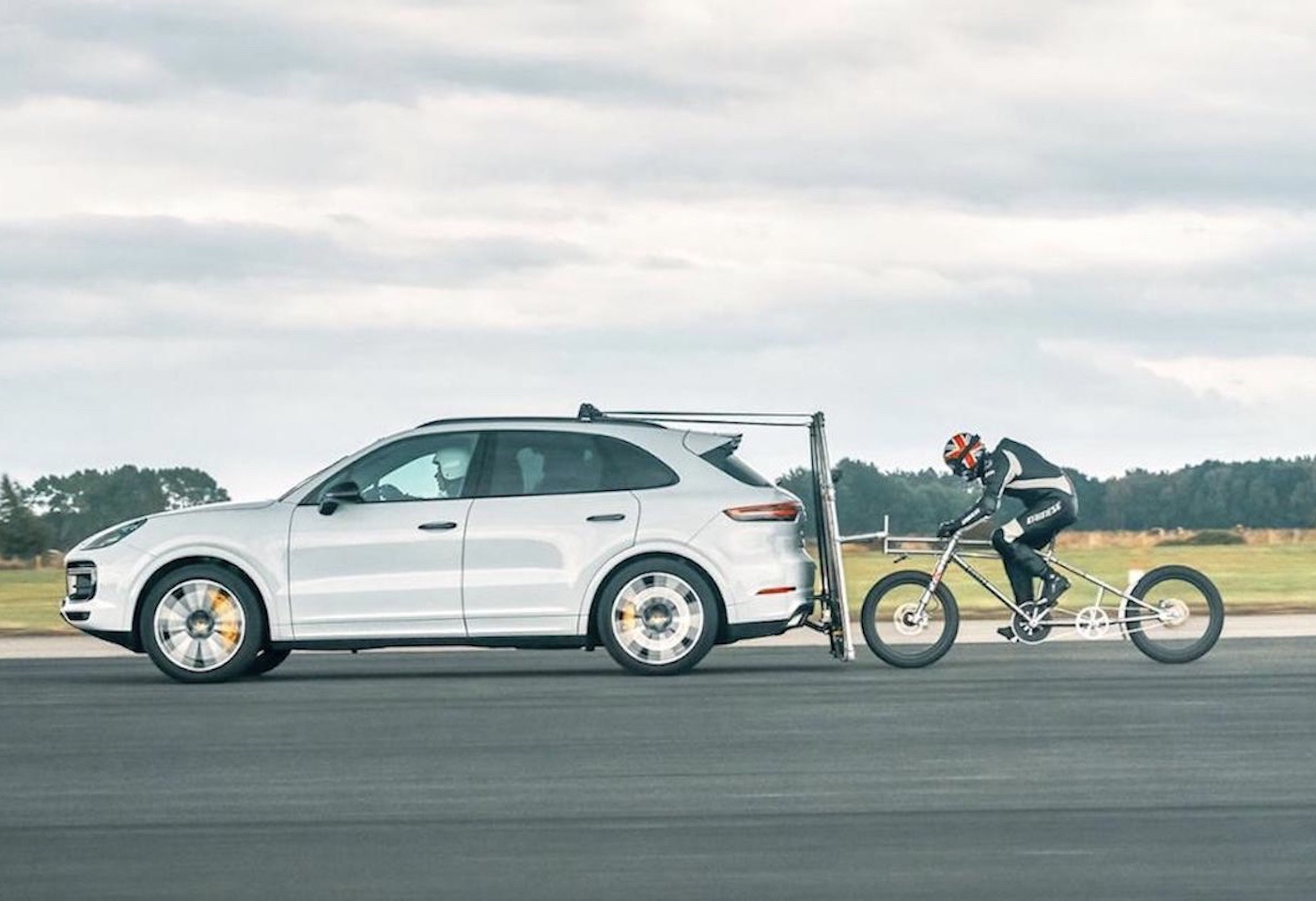 Neil Campbell has set a new European bicycle speed record on a short, 2-mile runway at an airfield in Yorkshire, England, after reaching a top speed of 149.16 miles per hour.

Campbell set the record riding a bike made by British manufacturer Moss Bikes. The bike is a mix of carbon fiber and 3D-printed components, with interchangeable gears, an elongated wheelbase and special tires.

The vehicle he drafted behind was driven by British champion drag racer Andy Frost, which was fitted with a rig that provided an aerodynamic cocoon for Campbell to ride in.

Campbell was towed behind the vehicle until they reached just over 110 mph before being released.

“All the time the vehicle was right ahead of me, clearing the air — it was so stable,” he said in a statement. “I look back on the pictures and think, ‘What was I thinking,’ but I was focused, I didn’t really take it all in. It’s an incredible feeling — to get to 149 mph on such a short runway is beyond anything I expected. We’re within touching distance of the world record.”

Campbell’s feat also improves upon his own previous European record of 135 mph that was set last June.

While Campbell’s feat sets a new European record, it’s still well behind the world record, which coincidentally was also just broken last month by Denise Mueller-Korenek Valley Center, California, after she reached a top speed of 183.93 mph at Utah’s Bonneville Salt Flats riding a specialty bike equipped with a massive gear that required being towed to 100 mph before the cranks could be turned by human power.

That ride took about five miles, with each turn of the crank propelling the bike about 130 feet.