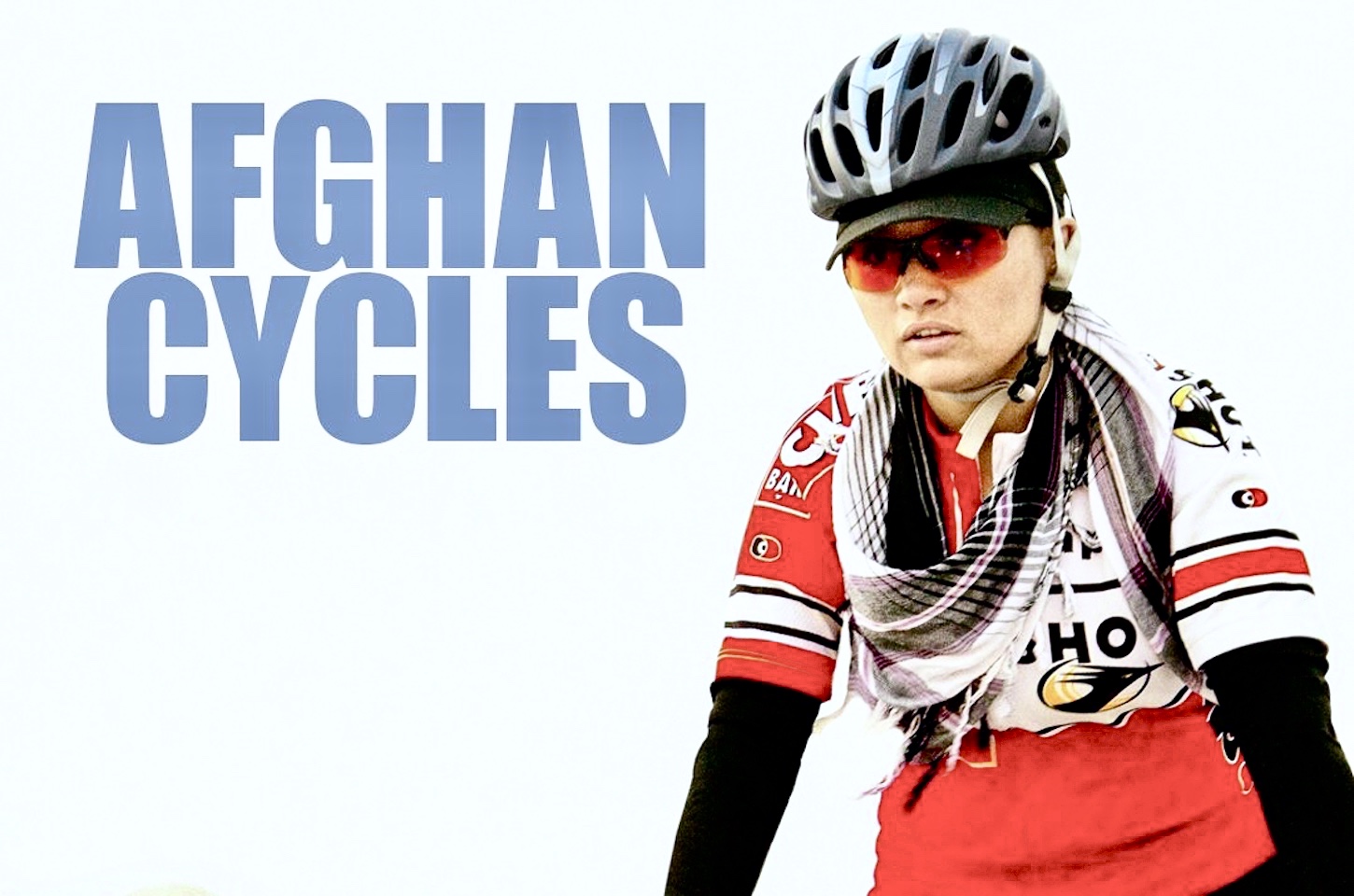 The bicycle may seem a simple form of transportation and sport, but for women around the world  it can be a tool of empowerment. Afghan Cycles follows a new generation of young Afghan women who are pedaling their own revolution, aggressively challenging gender and cultural barriers using the bicycle as a literal and metaphorical vehicle for freedom, empowerment and social change.

Gender violence and oppression make Afghanistan one of the most challenging places in the world to be a woman. In a country where even straddling a bicycle seat is considered immoral, the simple act of cycling makes these women cyclists revolutionaries. The women profiled in Afghan Cycles are ushering in a new era for a country slowly awakening to global influence and cultural change in their traditionally male-dominated society.

In Afghan Cycles, we use the bicycle to tell a story of women’s rights – human rights – and the struggles faced by Afghan women on a daily basis, from discrimination to abuse, to the oppressive silencing of their voices in all aspects of contemporary society. Marginalized and severely discriminated against under the Taliban, today’s Afghan women enjoy minimal constitutional rights, but gender bias still runs deep.

The film follows a group of women training and road racing as part of the Women’s National Cycling Team in Kabul. The obstacles they face at times seem insurmountable – corruption, national instability, immediate threats from the Taliban – yet their story represents progress towards empowerment that many Muslim women worldwide are desperately trying to obtain. We see them making major life decisions for themselves – while some opt for furthering their education and careers, others are getting married and starting families. But for some, the danger of being a female athlete in Afghanistan can prove too much, leading to personal and family threats. The fate of one of the major characters is in limbo when she decides to flee to France to secure a better situation and future for herself and her family.

In contrast to the National Team, we move to the shadows of the Buddha that once overlooked the Bamiyan Valley in Central Afghanistan, and profile a women’s mountain biking group that commutes to school and runs errands on their bicycles — a simple change with huge impact on education, self-sufficiency, and a shift in public perception of women on bicycles across the Muslim world. However it does not come easy –they face backlash from the community and local Mullah who do not think it is culturally appropriate for women to be cycling in public, but the team perseveres.

Afghan Cycles spans a four-year period, from 2013 to 2017. As the stories of these brave women develop and evolve, the security situation in Afghanistan worsens. Women bear the brunt of this shift, and as Afghanistan deals with growing security threats, it jeopardizes these female riders and Afghan women as a whole.

After a successful film festival run, the feature documentary Afghan Cycles was released today, March 8, 2019, in honor of International Women’s Day. Following a new generation of young Afghan women cyclists, Afghan Cycles uses the bicycle to tell a story of women’s rights – human rights – and the struggles faced by Afghan women on a daily basis, from discrimination to abuse, to the oppressive silencing of their voices in all aspects of contemporary society. Despite cultural barriers, infrastructure, and death threats, these women embrace the power and freedom that comes with the sport. Afghan Cyclesis now available on demand in the US, UK, Canada and Ireland on a variety of streaming platforms, including iTunes.

“Women and girls in Afghanistan face enormous hurdles to accessing basic rights including education, health and sports—they can risk their lives to get on a bike, but in Afghan Cycles we see the triumph of pushing beyond those obstacles,” says Minky Worden, Director of Global Initiatives at Human Rights Watch. “A bike can take a girl to school, take a woman to work, and take an athlete to the finish line. So a bike isn’t just a vehicle—it’s a vehicle for social change.”

Bicycles are a vehicle for gender equality all around the world, and Afghan Cycles is partnering with World Bicycle Relief to encourage viewers to support the organization’s efforts and deliver bicycles to women and communities in need.

“A bicycle is a tool for empowerment, no matter where in the world you live, but particularly for women who are fighting for access to education and basic needs,” says Claire Geiger, World Bicycle Relief Director of Partnerships. “Whether a bicycle is being used to fetch water, attend school, and participate in a race, it is a tool that provides joy, hope, freedom, and opportunity – most importantly the opportunity for a brighter future.”

“Over the past six years, we as filmmakers have had the opportunity to watch the characters in our film grow into smart, ambitious, brave young women. However, what they face in their country is not unique to Afghanistan,” says Afghan Cycles Director Sarah Menzies. “The bicycle has played a major role in many moments of women’s empowerment throughout history in terms of freedom of mobility and independence, yet there are still countless barriers to entry for women trying to ride all over the world. We are excited to release this film on International Women’s Day because it celebrates the impact the bicycle can have in a woman’s life.”