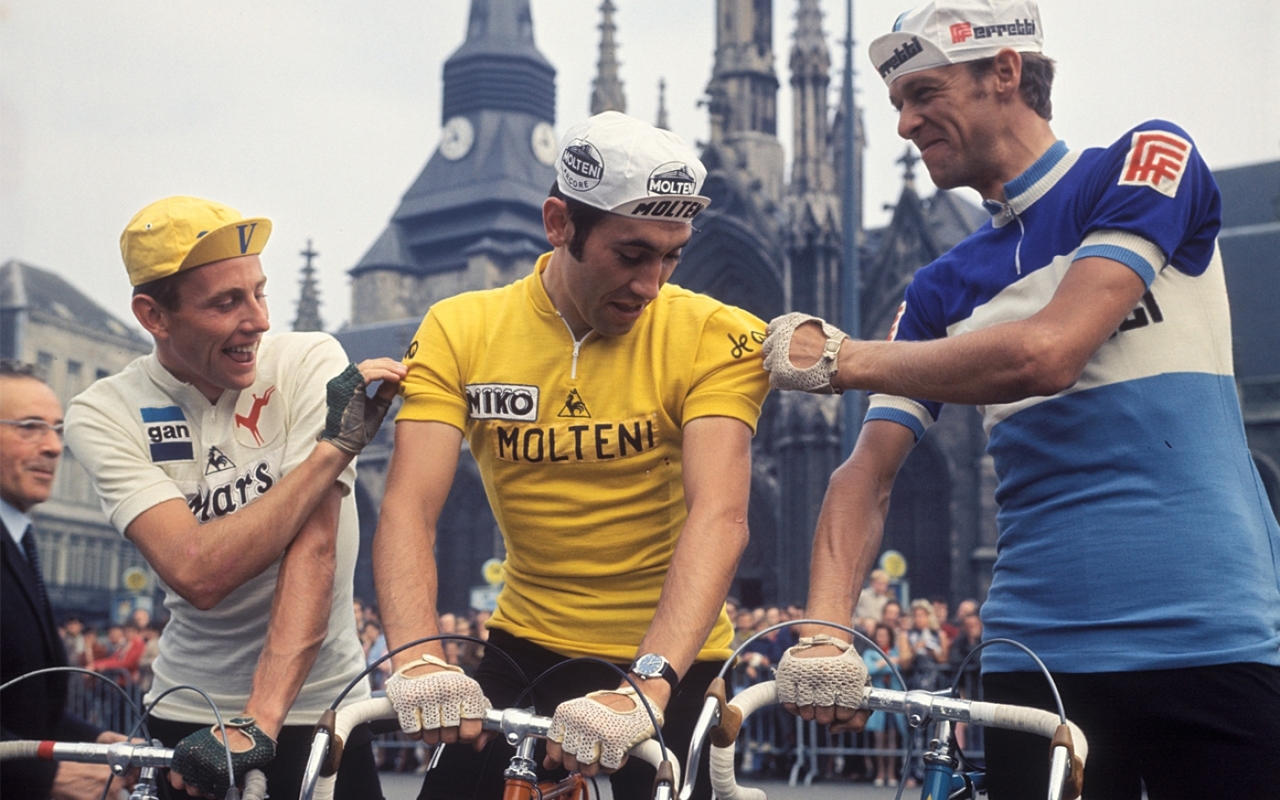 Eddy Merckx was on-hand at the Métropole Hotel in Brussels yesterday, to promote his latest biography – Eddy Merckx, A Biography.

Written by well-konwn cycling author, Johny de la Loi Vansevenant, the biography relies on hours of interviews with Merckx’s relatives, friends, rivals, directors and his soigneur, along with press coverage of the “Cannibal” himself throughout the decades.

“I had the honor of interviewing Eddy for 14 hours,” said Vansevenant. “Eddy gave me a unique insight into his life. He looked back on his childhood and career, how he became the Cannibal. He gives startling commentary on his first Tour de France, looks back on his disputed positive doping test in Savona and explains how it is that he won so many times.”

During the interview, Vansevenant said Merckx told him he had a haematocrit level close to 50. “In other words, a great engine had a phenomenal power of recovery that he had received from Mother Nature, and he literally had a big heart that could pump a lot of blood, important in an endurance sport.”

Merckx called the book a “true picture” of his life and career and praised Vansevenant for talking at length with his family during the author’s research.

“He also researched many other books, magazines and newspapers to put everything into perspective, to know every detail of my career and my life. He was really passionate about doing this for years on end.”

According to the Belgian newspaper, Het Nieuwsblad, the event drew a massive crowd, with press officials and political figures trying to capture the light with Merckx.

Indeed, Belgian Prime Minister Charles Michel was there, along with Ministers Kris Peeters and Hilde Crevits, Merckx’s former coach Paul Van Himst, his former teammates, his wife Claudine, and his sister and brother, Michel and Micheline.

“It is a great honor for me that the Prime Minister is here and many others,” Merckx said. “That makes me happy.”

The 416-page book includes never-before-published photos from family archives, along with photos from Merckx’s racing career.

The book is also available in French.