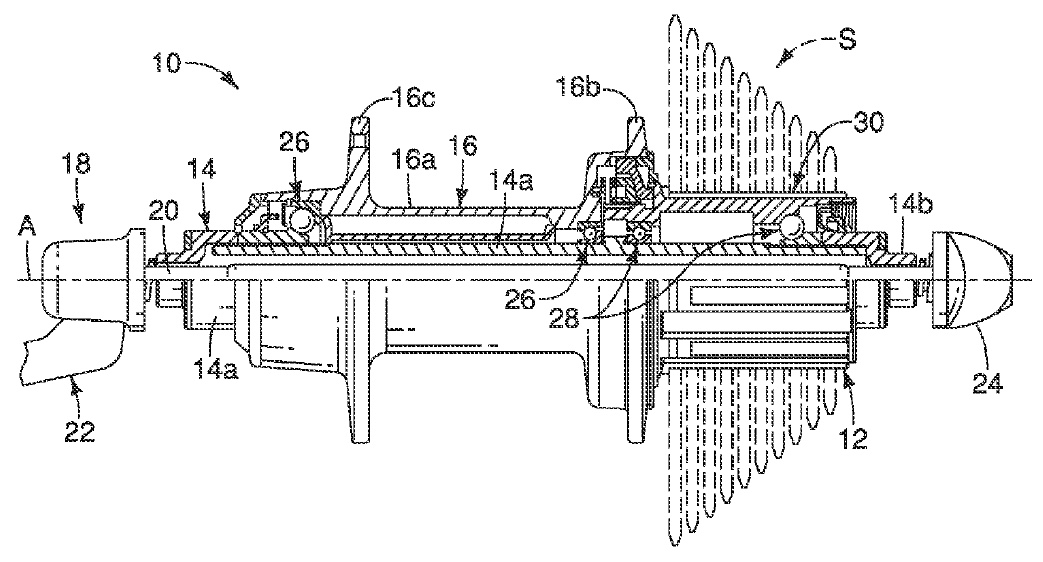 Some spurious images surfaced this week, which purport to be the next generation of Shimano free-hubs.

The patent drawings reveal an all-new design, wherein the interface between the hub and the free hub body shows the presence of spring-loaded ratchet ring, which presumably retracts when not engaged, and similarly reengages once pedaling force is reapplied.

Specifically, the free-hub body looks to work by pulling the sprung ratchet ring into the floating ratchet ring, thereby engaging the teeth on the free-hub and driving the wheel, but in a manner that creates silent, drag free operation.

However, in the absence of pedaling, the free-hub in turn acts to push the sprung ratchet ring away from the spring-loaded floating ratchet ring,  and keep it retracted, thus eliminating drag and noise.

The curious part about the new design, is that it only depicts a 10-speed cassette, which needless to say, is a huge departure from Shimano’s current line-up 11-speed groupsets. Which suggests, perhaps these patents represent something that has been in the works for far longer than one realizes?

Like all patents however, the mystery remains as to whether or not the design will ever become a reality.