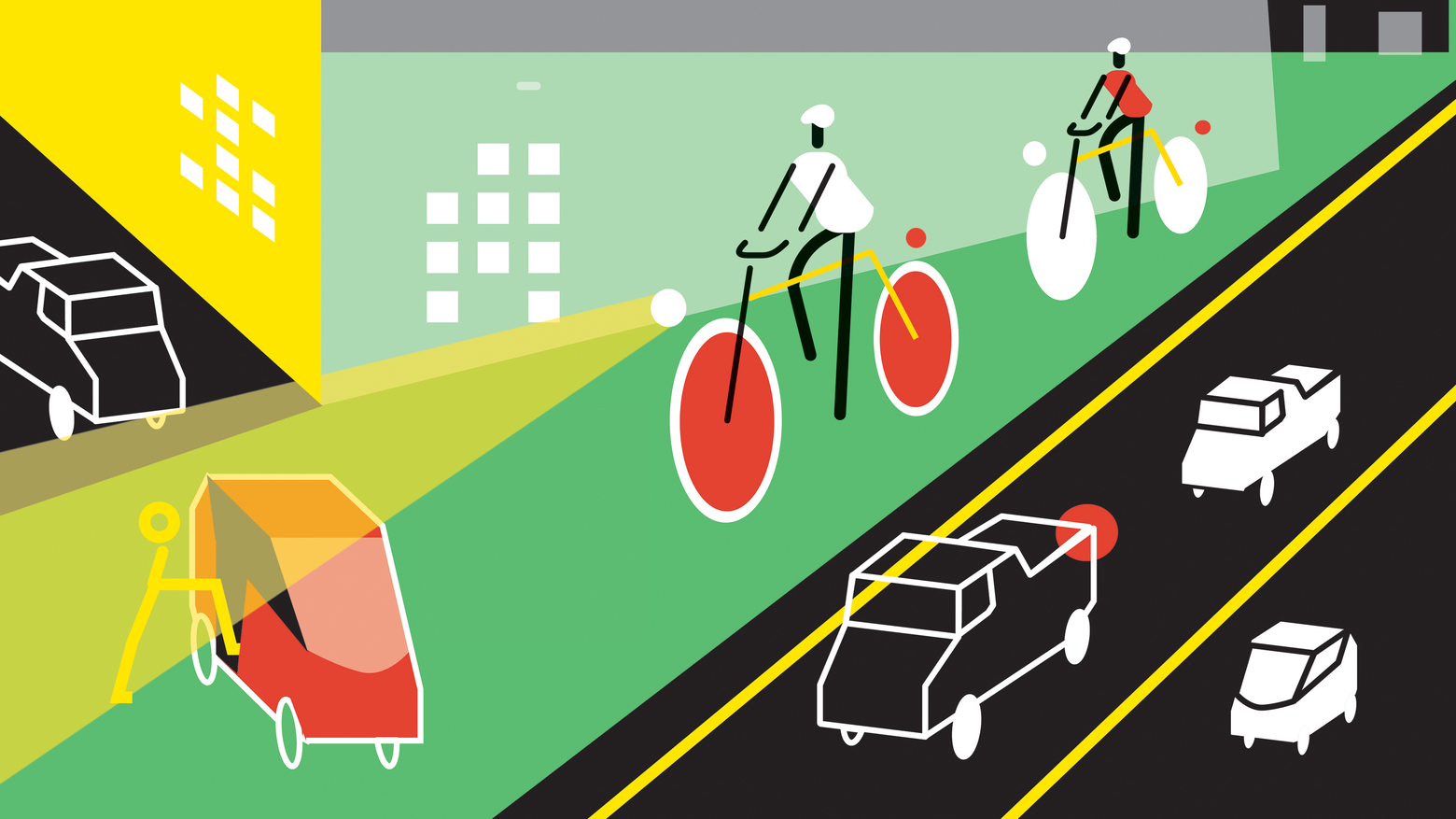 Academics at the University of Oregon have created a new app that can turn traffic lights to green when a cyclist approaches.

Stephen Fickas, a professor of computer and information science, and Marc Schlossberg, a professor of city and regional planning, collaborated on an experimental smartphone app that allows cyclists to communicate with and trigger a traffic signal at a busy bike corridor near the campus.

“We wanted to find a way to make it more convenient and easier for people on bikes to get through a transportation system built for and optimized for motor vehicle traffic,” Schlossberg said.

Schlossberg is co-director of the Sustainable Cities Institute, and much of his research focuses on ways to redesign cities so more people can walk, bike and take transit. He also teaches a class on bicycle transportation and leads a study abroad program that focuses on the topic.

The pilot app was tested by 10 users over nine months. Working with the city of Eugene, they installed a special device that communicated with the app at the traffic signal on campus. The gizmo was built for about $200 with off-the-shelf hardware and software.

The actual design and programming of the device originated in an “internet of things” class that Fickas offers regularly and for which he received a Williams Fellowship to continue moving the class toward smart-city applications.

Schlossberg, who lives on the University’s campus, was one of the study participants and helped calibrate the app.

Fickas said the app worked about 80 percent of the time during the test period, though Schlossberg cautioned that number is based on a small sample size. When the app didn’t trigger the signal, it was usually because a car or another cyclist were already at the intersection and waiting for the green, Fickas said.

Under existing traffic systems, loop detectors are embedded in the pavement at intersections and will trigger a signal once a vehicle drives over them. But even when present within a bike lane, most cyclists don’t know they exist and don’t know whether they’ve triggered the signal. Schlossberg said. So they get off the bike and push the pedestrian crossing button, or they may decide to run a red light, Fickas said.

The advent of autonomous cars means that cars will be communicating with each other and with traffic signals, referred to as vehicle-to-vehicle and vehicle-to-infrastructure communication. Schlossberg and Fickas said they want to raise the profile and legitimacy of bicycles in that emerging transportation system and not just be something for cars to avoid.

The next step is to seek grant funding to advance the concept, Schlossberg said. One idea would be to develop a small, inexpensive, unobtrusive device that could be mounted to or built into a bicycle handlebar and communicate with traffic signals and tell a cyclist whether to slow down, maintain speed or speed up to hit a green light.

The Sustainable Cities Institute will submit a grant proposal to the National Institute for Traffic and Communities seeking $120,000 to create a customizable “Green Wave” for cyclists in Eugene. The idea is to give cyclists information about the timing of traffic signals, initially via a smartphone app — with visual, vibration and sound options — that would let them adjust their speed to hit green lights, Schlossberg said. For a few signals, cyclists would be able to communicate with traffic signals and trigger a green light with an app in advance.

The app and the signaling box remain in alpha testing and both are being reconfigured regularly by the research team, Fickas said. If the second grant is approved, the technology would be refined and the app would be made available to the general public.

He said he’s talked with several members of Congress about establishing an applied, university-based research center that is truly multidisciplinary in nature. Such a lab would be focused on creating and providing research and tools to help cities make better decisions about building infrastructure that creates safer and more family-friendly systems of travel by bike, foot, scooter and other low-carbon, space-efficient transportation.

Such a lab would test and deploy projects like the Bike Connect app, but it would also look at a variety of applied research, like new ways of designing streets for different modes of transportation, such as autonomous vehicles, ride hailing and scooters.

That would be a $25 million ask. In addition, Schlossberg said he’d like to see Congress create a $1 billion fund to help cities implement the ideas developed by the lab.

“The goal of this project is to make it more convenient and comfortable for more people to use these small-footprint, low-carbon, door-to-door transportation options more of the time,” he said.