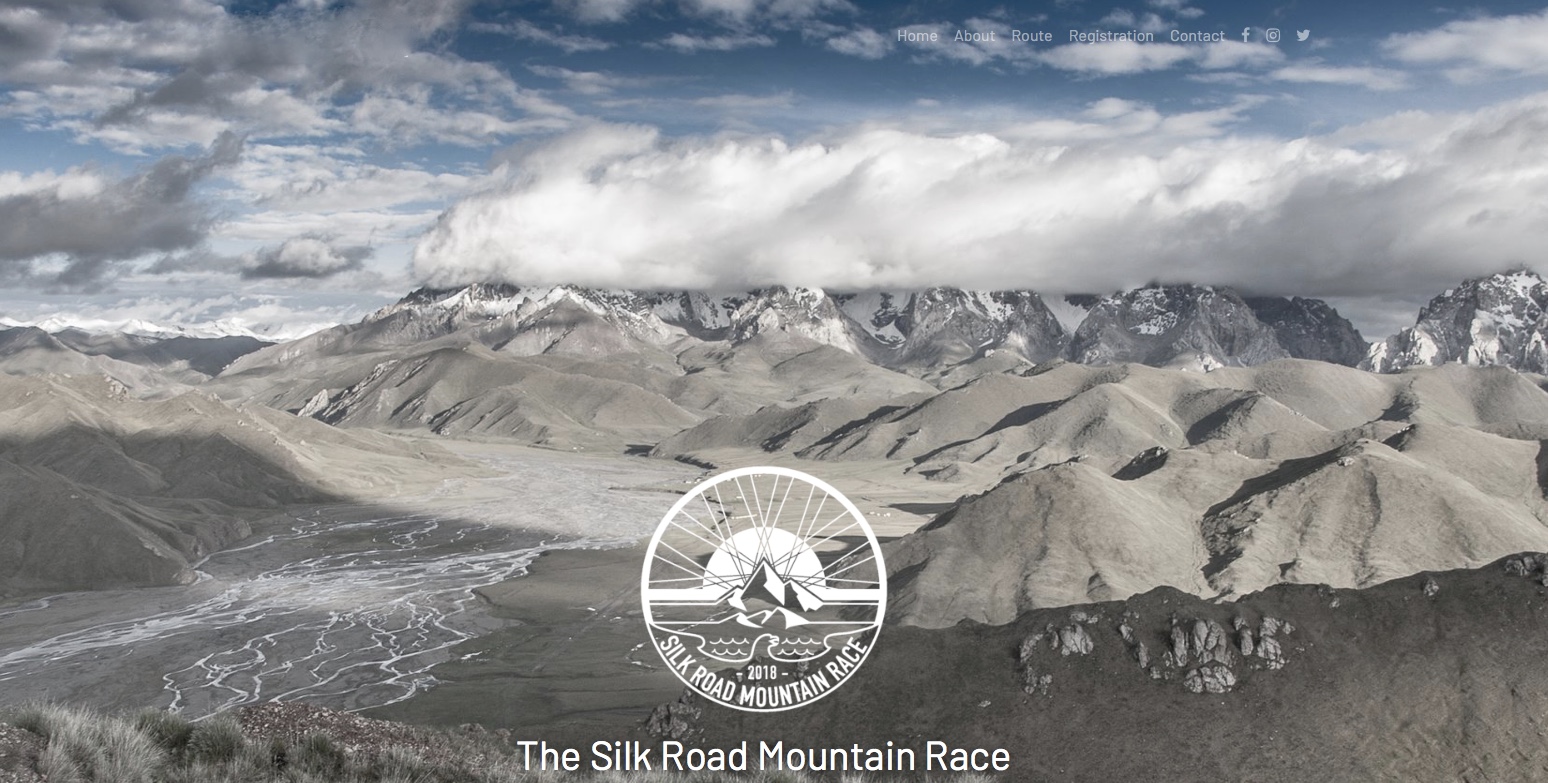 The Silk Road Mountain Race is a fixed route, unsupported, single-stage cycling race through the mountains of Kyrgyzstan. The clock does not stop and prizes are not awarded. It will follow gravel, single and double track and old soviet roads that have long been forgotten and fallen into disrepair. There will be very little tarmac. There may be some walking and at times there will be great distances between resupply points.

The race starts on the 18th of August 2018 with a neutralized ‘grand départ’ from Bishkek, the capital of Kyrgyzstan. Cyclists will then follow a 1700 kilometer route that passes through three manned control points, where you will need to get a stamp in your brevet card, before finally heading to the finish line in Chong Kemin, a village 150 kilometers east of Bishkek, for a well deserved post-race beer or two. To earn a successful finish you need to complete the course before the 1st of September for the after party. We will provide transport back to Bishkek the day after the party.

The race director, Nelson Trees, has spent over three months during summer 2017 on location scouting the roads. The entire route has been checked in person to ensure a continuous and safe race. Having cycled from Shanghai to Paris, Nelson travelled through Kyrgyzstan during his journey. After participating in three editions of the Transcontinental, Nelson felt inspired to create another race in a different part of the world. Having ridden in Kyrgyzstan, Nelson knew this part of Central Asia had all the qualities he was looking for. Taking inspiration from other ultra-endurance races such as the Tour Divide and Transcontinental, the rules are simple and largely self-policed. The rules attempt to embody the spirit of self-support and fairness for all riders.

A large portion of the route was ridden between May and June with a follow up scouting trip in September of 2017. The team has been extremely diligent in checking the route 100% to be certain no problems arise. The race will be an adventure on a grand scale that will take you through some of the wildest areas of one the most stunning, untouched and desolate parts of the world. The setting is awe-inspiring but also extremely hard on those that dare to venture into it.

How tough it will be cannot be understated, but as Mike Hall once said, “Nothing that’s worth anything is ever easy.” This race will be a true demonstration of this sentiment.

Because of the extreme isolation, remoteness and difficulty of getting help if you get into trouble, riders will be required to use a SPOT tracker with an SOS function. These are provided as part of your entry. If you wish to bring your own tracker, you may do so and will pay a reduced entry fee. Emergency services are very limited in Kyrgyzstan and the most that we can do is help coordinate an emergency response.

The 2018 Silk Road Mountain Race will start and finish within riding distance of Bishkek, the capital of Kyrgyzstan. It will cover around 1700 kilometers for 26,000 meters of climbing. Below, you can find a brief outline of the route for the first edition of the race. Much more detailed route information will be provided in the race manual that will be sent to racers.We have ridden the entire route and have taken great pains for the GPS track to be correct, but there may still be some slight deviations required. We have also checked out potential resupply points and have included those that we are reasonably certain to be in operation at the time of the race.

The Race will begin from Bishkek. We plan to accompany riders for the first few kilometres in a neutralised group ride until we take them out of the city and onto quieter roads for the race proper to start. It will then head straight into the mountains and over Kegety pass: 3780m. It’s long and tough and will quickly let riders know if they are ready for the rest of this adventure. They’ll then head down to Kojomkul, the first village and resupply point on route.

The route then leaves the main road between Kyzl Su and Chaek to loop through a series of remote villages and lost valleys. The landscape here is different from the wide open spaces that racers will be riding through for most of the race. There is very little in the way of resupply until you get back onto the main road.

The route then climbs up to the north shore of Song Kul lake, one of the famous landmarks of Kyrgyzstan, via a particularly stunning and difficult climb. After making their way around the west of the lake, riders will come to a yurt camp that will serve as the first checkpoint of the race. After getting their brevet card stamped in a yurt, they’ll be free to continue on their way southwards towards the border with China.

As they skirt around Chatyr Kul lake, their border zone permit will be checked at a military checkpoint on the only stretch of good tarmac in the race: the road to the border crossing at Torurgart. Riders will leave the border crossing to their right and follow a rough track that runs parallel to the no-man’s land with China and leads to Kel-Suu lake: the second checkpoint of the race.

After getting their brevet cards stamped in another yurt camp they’ll head north towards Naryn. This whole section of the race is quite wild and remote and will require riders to think carefully about their food requirements.

From Naryn to the shores of lake Issyk-Kul and the third checkpoint are almost 300km of mountainous terrain with little to no resupply on route… The checkpoint itself will be in a guesthouse in the village of Chychkan, right by the water’s edge.

The final stretch back to Bishkek will most likely be some of the toughest riding of the race. There are two serious passes to negotiate, the first is the biggest but the road is mostly rideable. The final pass towards Chong Kemin and the finish line follows a horse track that will definitely include a fairly difficult section of hike a bike. The track down the pass reaches 40% at one point…

After a final stint in the mountains, the race will finish in the village of Chong Kemin. We will set up in a guesthouse in the village and there will be an after party with plenty of local food and a sufficient supply of beer.

You can register for The Silk Road Mountain Race here.