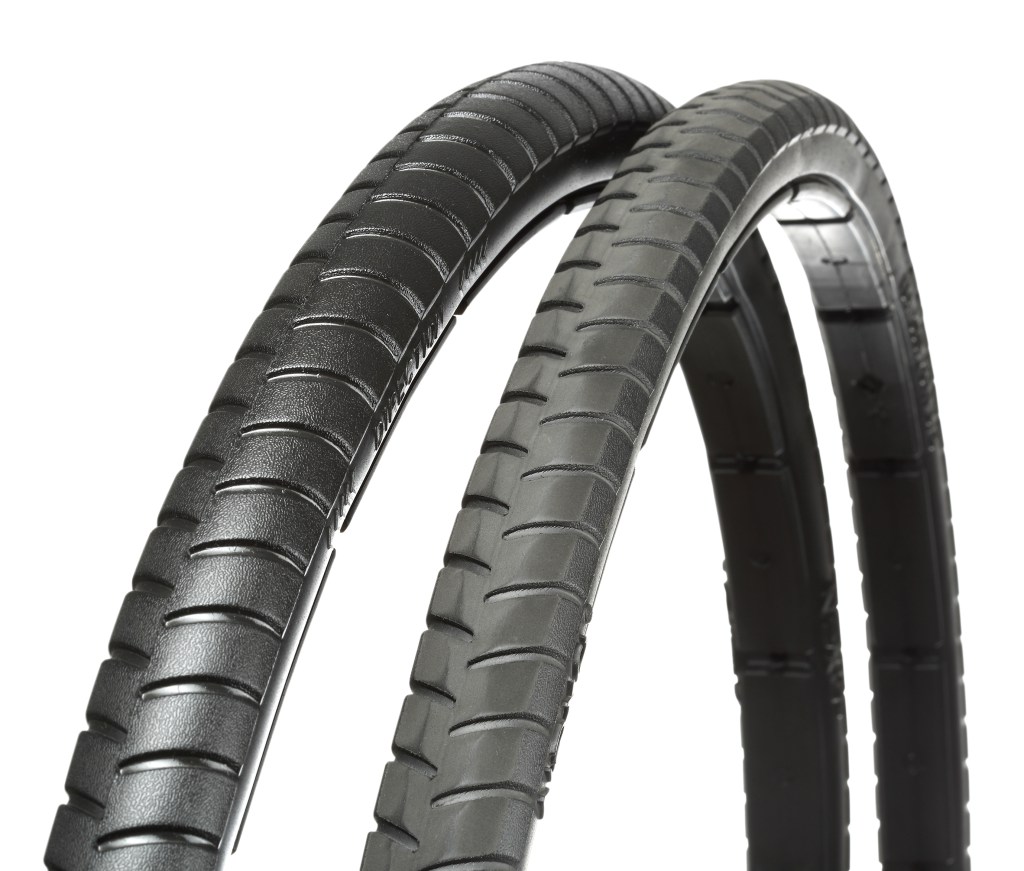 One of the most annoying things a cyclist can be faced with is a flat tire. But soon, cyclists will no longer have to carry around a pump, puncture repair kit and inner tube.

Nexo is an airless tire that promises to deliver a smooth ride that rivals traditional tires. The modified solid tire design is comprised of a polymer blend that have been engineered to offer exceptional control and outstanding durability. Each Nexo is expected to last for up to 5,000 miles as compared to standard high-end rubber tires that can only last a fraction of that.

Because Nexo tires don’t use air, there are no leaks, so owners can ride over pins, nails, and other materials that usually would invariably result in a puncture with a traditional rubber tire.

Nexo’s co-founder, Dave Ballard, one of three biking evangelists who has operated Utah’s Noble Cycling for seven years, says they’ve serviced “literally thousands of flat tires” at their bike store and they wanted to find a solution for their customers.

“Nothing ruins a bike ride or commute faster than a flat, and flats can cost between $15 and $30 to fix, so to save our customers money and the frustration of a flat, we created a better solution,” Ballard said. “We believe Ever Tires and Nexo Tires will be something every cyclist will want once they hear about them.”

Furthermore, Ballard said they created Nexo tires, which can be added to existing rims, because “these riders are more particular about their equipment.” Nexo tires are installed using a patented ‘T-bolt’ technology, and take about 15 minutes to secure.

Because they use a single polymer blend material, Nexo tires also are simple to produce and more easily recycled than conventional rubber tires.

Indeed, Nexo tires undergo just one manufacturing process, allowing the company to make a single tire in a mere 30 minutes. This simple production cycle is a marked improvement over conventional rubber tires that require several steps including mastication, vulcanization and the addition of chemicals like sulfur at high heat (280°F) to make the tire material durable.

Furthermore, Nexo tires are compatible with virtually any road wheel, by using patented T-bolts that fit under the lip of a standard rim. These bolts extend down into the airless tire to hold it into place.

Nexo tires are available for pre-order as part of a Kickstarter campaign for $75, with delivery expected in January 2017.

For more information, you can check out Nexo’s Kickstarter page here.