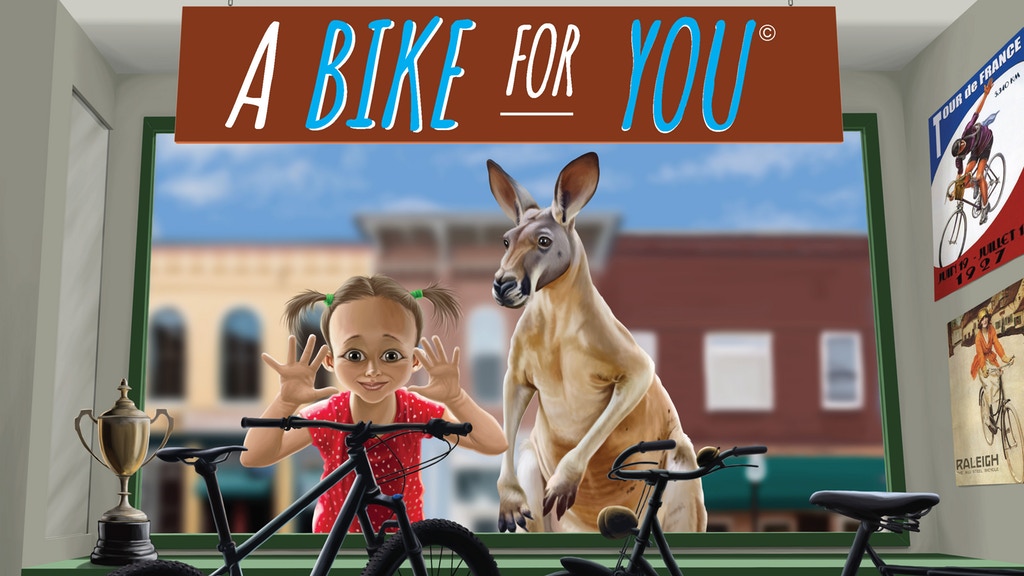 Steve Domahidy, co-founder of Niner Bikes, has written a children’s book called A Bike for You, which he’s seeking support through a crowd-funding campaign on Kickstarter.

Domahidy co-founded Niner in 2004 with Chris Sugai. After leaving Niner he sold bikes under his own name and then under the Viral Bikes brand. He also has consulted with Faraday Bikes and Factor Bikes.

On the book’s Kickstarter page, Domahidy said, “A couple of years ago, I ran across Rob Snow’s artwork series entitled ‘Animal Behavior’ and knew right then that I wanted to work with him on something. I loved his illustrations, the animals, their expressions, and their interactions with things otherwise only for humans. It is brilliant work and it inspired me.”

He added, “I decided I would write a children’s illustrated book about bikes and the animals who ride them!”

“Our industry has not done a very good job inspiring new riders to want to get on bikes, and in my opinion this starts at the youngest of ages! I want to build a culture around bikes, and I want young children to see them as early as possible and begin to dream about where a bicycle can take them! Anything is possible on a bicycle, and I love the idea that we can show children that even before they are able to ride!!!”.

The book is illustrated by British-born Rob Snow, who’s works and lives in Greece, and has been a freelance designer for 25 years.

A percentage of the proceeds from sales of the book will be donated to Ride For Reading, a non-profit based out of Nashville, Tennessee that aims to equip under privileged youth with the books they need to learn and grow.

A Bike for You