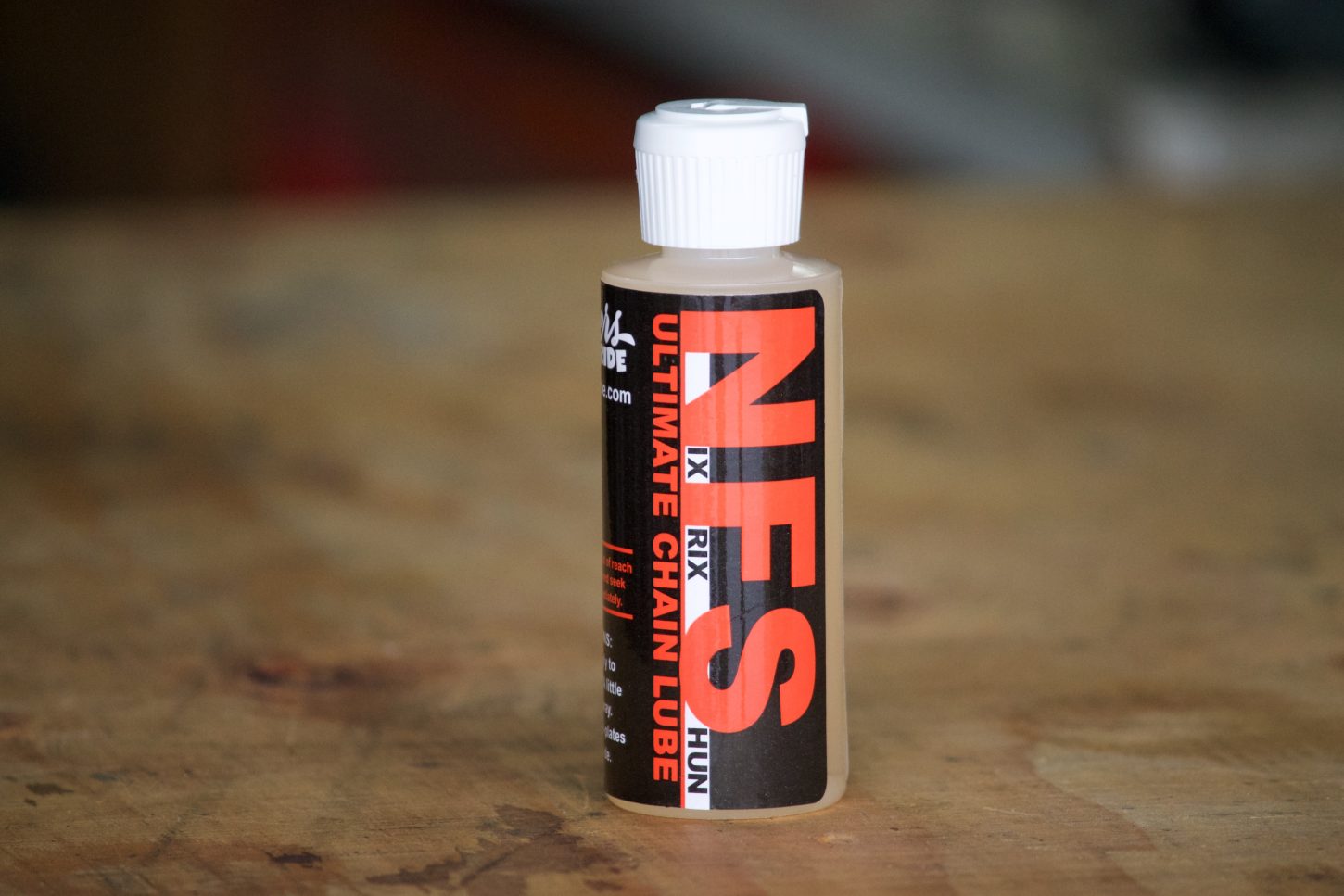 Not every interesting product that I came across during last weekend’s Philadelphia Bike Expo involved an array of exquisitely welded and beautifully painted tubes – suspended by a set of equally impressive wheels. In fact, something as inglorious as chainlube stood-out for me.

For those who are really into their Texas Tea as it relates to chainlube, Josh Simonds needs no introduction, as the Maryland-based founder of NixFrixShun (NFS) has earned himself the reputation of being somewhat of a toolpusher amongst the myriad of commercially produced brands by offering artisan formulated chainlube that packs the empirical proof that it’s better than a vast majority of the products out there. And, he has the white paper to prove it.

Did I really use the term artisan chainlube?

Yes, by virtue of the fact that Simonds by his own admission is obsessed with idea of out-slicking the competition, by constantly experimenting with different formulations alongside expert chemical engineers in order to confirm his findings before turning out his final small-batch formula.

After speaking with Simonds at length about the different chainlubes that I had been using over the years, it not only made me rethink these products, but the whole process by which I was treating and caring for my chain. And, when denizens of the framebuidling world like Richard Sachs and Kris Henry of FortyFour Bikes were stopping by his booth to pick-up some of his lube during our discussion, I was convinced that I was nothing more than a ginzel when it came to knowing my bicycle crude. It even prompted me to question the lip balm that I was using.

Even more curious, I observed a number of other notable framebuilders being handed unmarked bottles by Simonds followed by the tacit uttering beta.

Alas, I was convinced at that point an extraction team hired by the competition was going to alight from a near-by maintenance closet and seize the remainder of his product before I had a chance to purchase some.

You can learn more about the science that goes into NFS chainlube and other products by Simonds by visiting his website here.

Ladies and Gents the wait is over. NixFrixShun is a over-the-top quality chainlube which is VERY quiet, long lasting and will work very well in all conditions.

Not like other lubes where most of the bottle is filled with solvents, NFS is 100% product. Each bottle contains approximately 10,000 miles worth of bicycle chain lubrication.

Owing to my past employment history I’ve got deep knowledge with high tech industrial lubricants. That and the never ending quest to find something that will last one week of commutes in all weather and actually does the job has been frustrating at best.

NFS is a no holds barred chain lube that will last for extended periods of riding and does a terrific job of lubricating the chain.