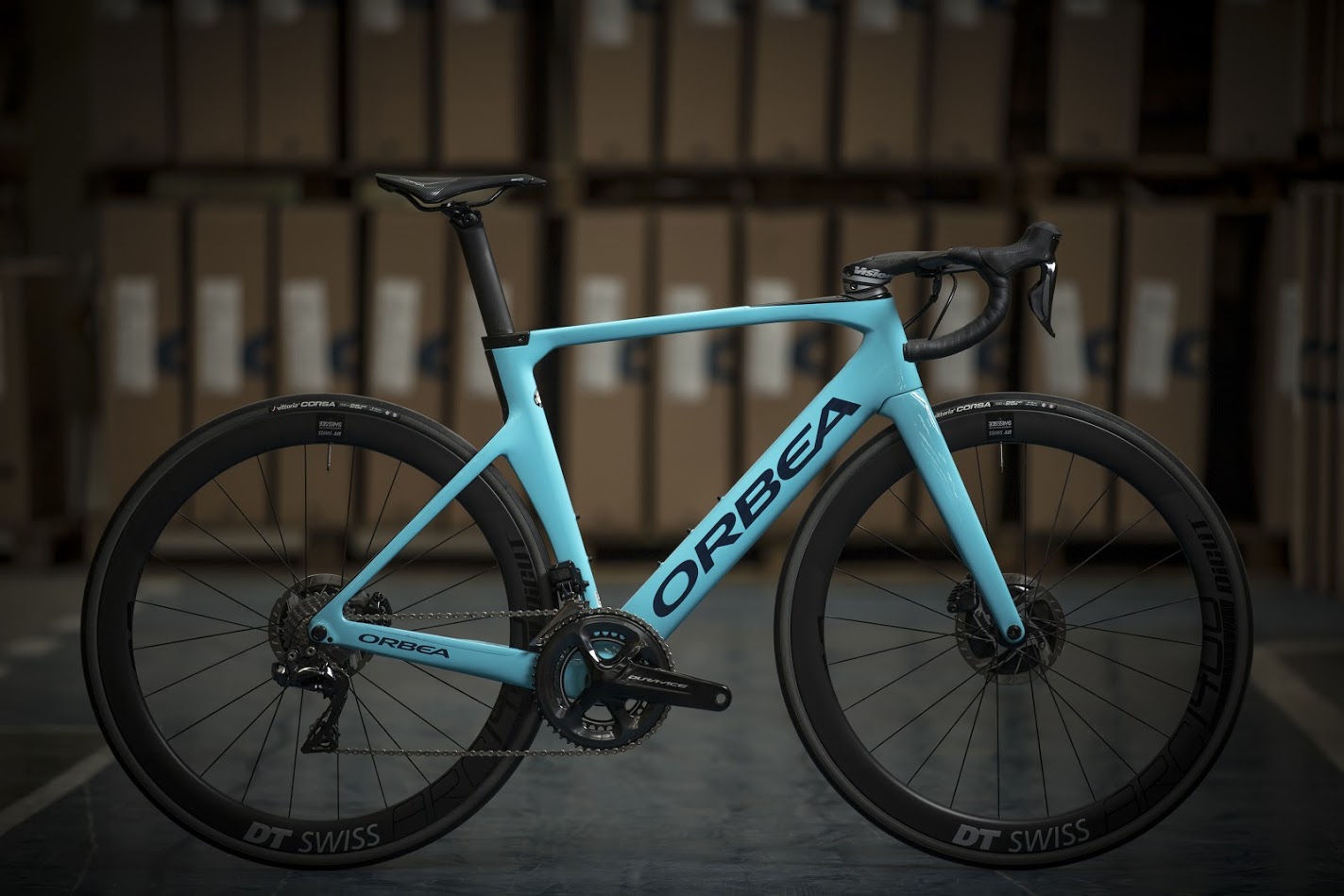 The Free-Flow fork features a wider stance in order to reduce airflow between the fork and wheel, which Orbea claims has resulted in a 4-watt reduction in drag.

Aerodynamics have been further improved on the new Orca Aero Disc courtesy of revised tube shapes, which feature new Double Radius and Flattened profiles, which according to Orbea again yield better airflow and reduced drag, especially around the downtube, headtube, bottom bracket and chainstays, while overall stiffness has also been improved.

These improvements in aerodynamic properties are also attended by a newly developed aero seatpost, which now offers even greater adjustability and increased vibration dampening by virtue of its ability to better cheat the wind.

Hydration was also a consideration with the new Orca Aero Disc, which offers as many as three bottle cage mounts that can be configured in different ways in order to provide optimal aerodynamics and weight distribution.

The new Orca Aero Disc is available in five models, the M10i Team D, M10 Team D, M20i Team D, M20 Team D and the M30 Team D, all of which feature the same frameset along with an array of different builds ranging from both electronic and mechanical versions of Shimano’s Dura Ace and Ultegra groupsets, to the brands entry-level 105.

You can learn more about the new Orca Aero Disc by visiting Orbea’s website here.