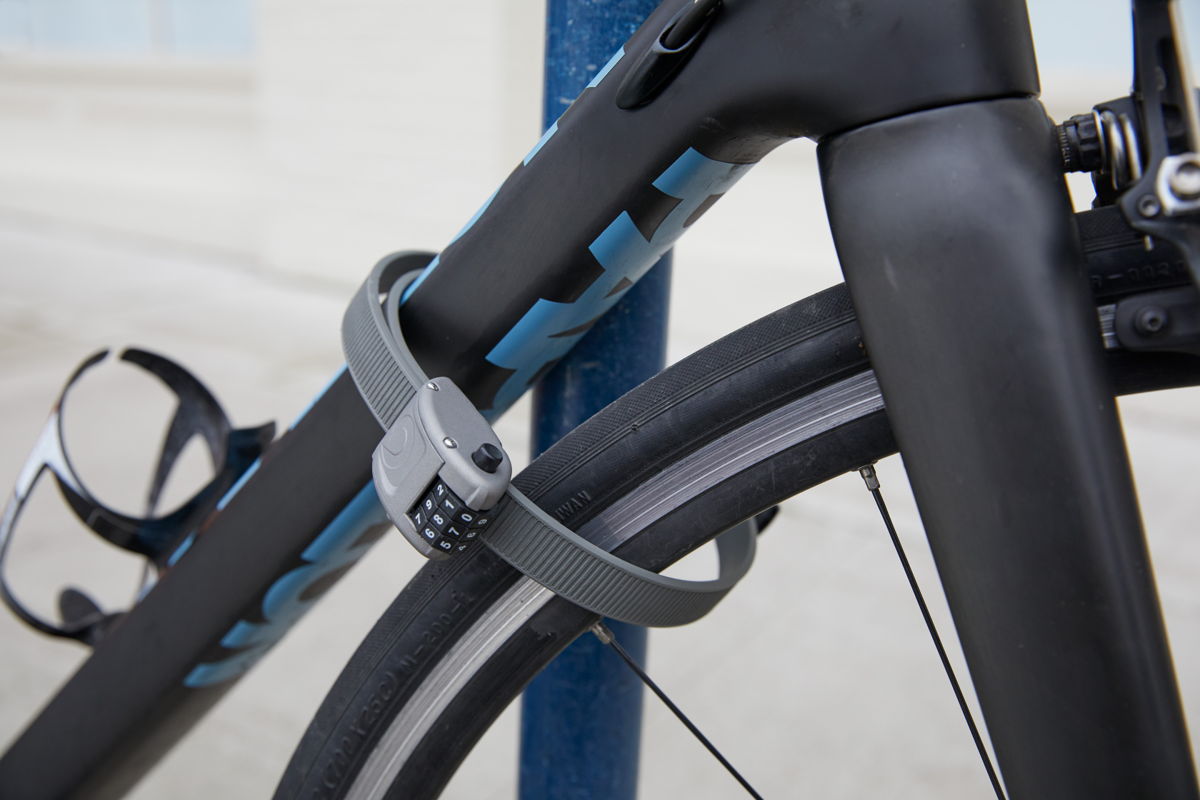 After more than a year in development, OTTO DesignWorks (makers of the OTTOLOCK Cinch Lock) has announced the launch of its new HEXBAND series, which feature added resistance to shearing tools such as snips and cable cutters – making it an ideal lock for securing one’s bike to virtually any stationary object including vehicle mounted bicycle racks.

“Getting through OTTOLOCK HEXBAND requires serious effort or powered devices, making it a stronger quick-stop lock for bicyclists and other users with higher security requirements”, says OTTO DesignWorks.

HEXBAND differentiates itself from previous models by virtue of its six stainless steel band layers (versus three in the original) that once more comprise an internal Dupont Kevlar jacket.

According to OTTO DesignWorks, the overall function of the HEXBAND remains the same with only a slight weight gain of just 75 grams for the 30-inch version.

The HEXBAND also features a distinctive titanium-colored Cerakote lock head and band, which is available in lengths of 18”, 30”, and 60”, with pricing at $65, $75 and $95 respectively.