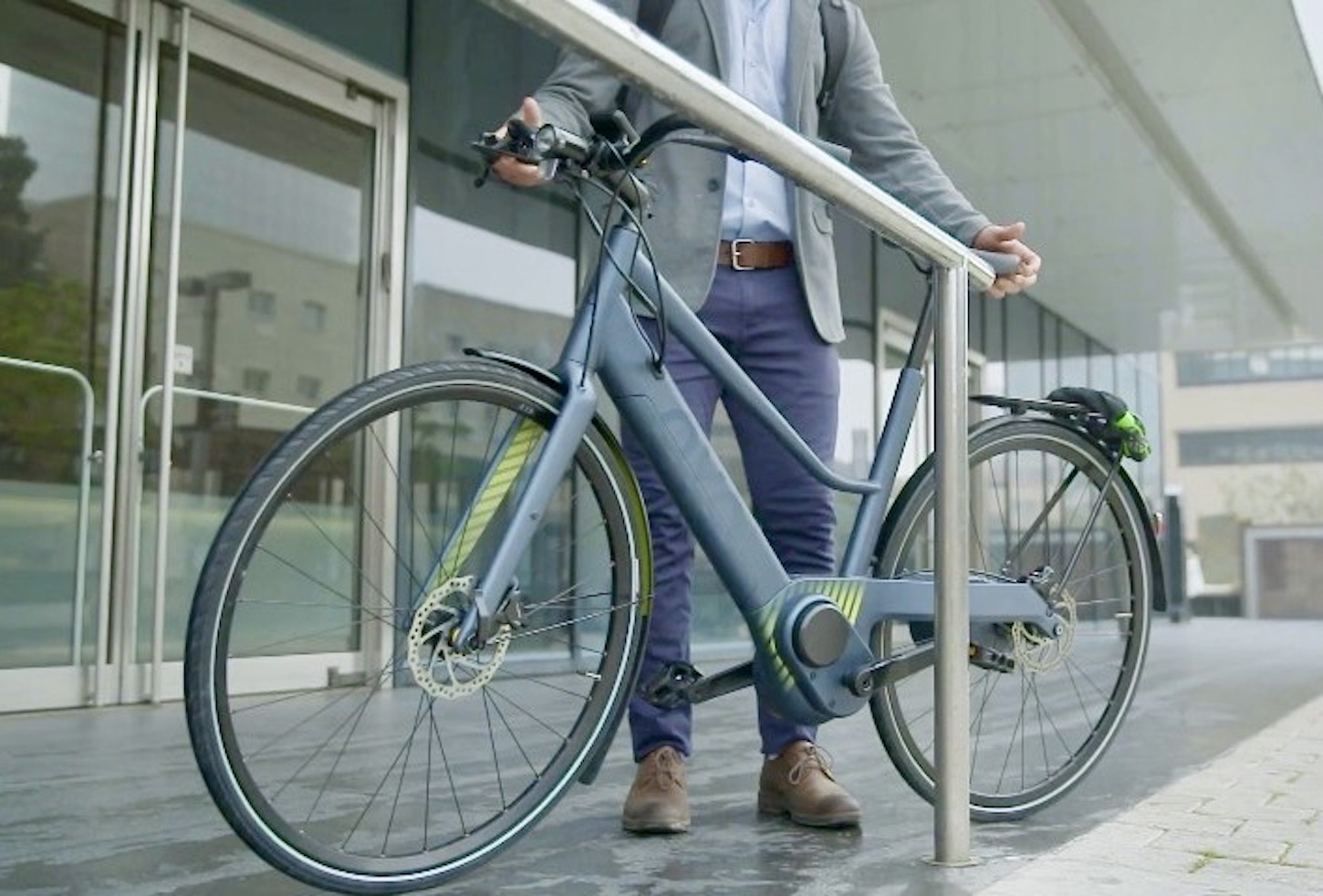 Oyo has debuted a new e-bike that features auto-shifting courtesy of an innovative hydraulic drivetrain, resulting in what the designers call “the smoothest ride you’ll ever have”.

Instead of a traditional chain, Oyo’s system relies on a hydraulic pump to pass fluid to an electric motor that’s neatly housed inside the rear frame.

By using a variety of sensors, including speed, cadence, and torque, the Oyo is able to automatically shift gears depending on the rider’s needs, while power comes from a 250w bottom bracket mounted electric motor.

Additionally, the Oyo offers five modes of pedal assistance, which the rider can choose by using the integrated handlebar display.

There’s no word on battery range, but the down tube-mounted lithium battery can be removed for charging.

Other features that highlight the Oyo include an aluminum frame with internally routed cables, a smartphone-activated anti-theft system and Tektro hydraulic disc brakes, along with optional head and tail lights.

The Oyo is being offered through a crowd-funding campaign on Indiegogo. If the designers meet their goal, a pledge of $1,849 will get an early-backer a bike at a considerable discount from the planned retail price of $3,599.