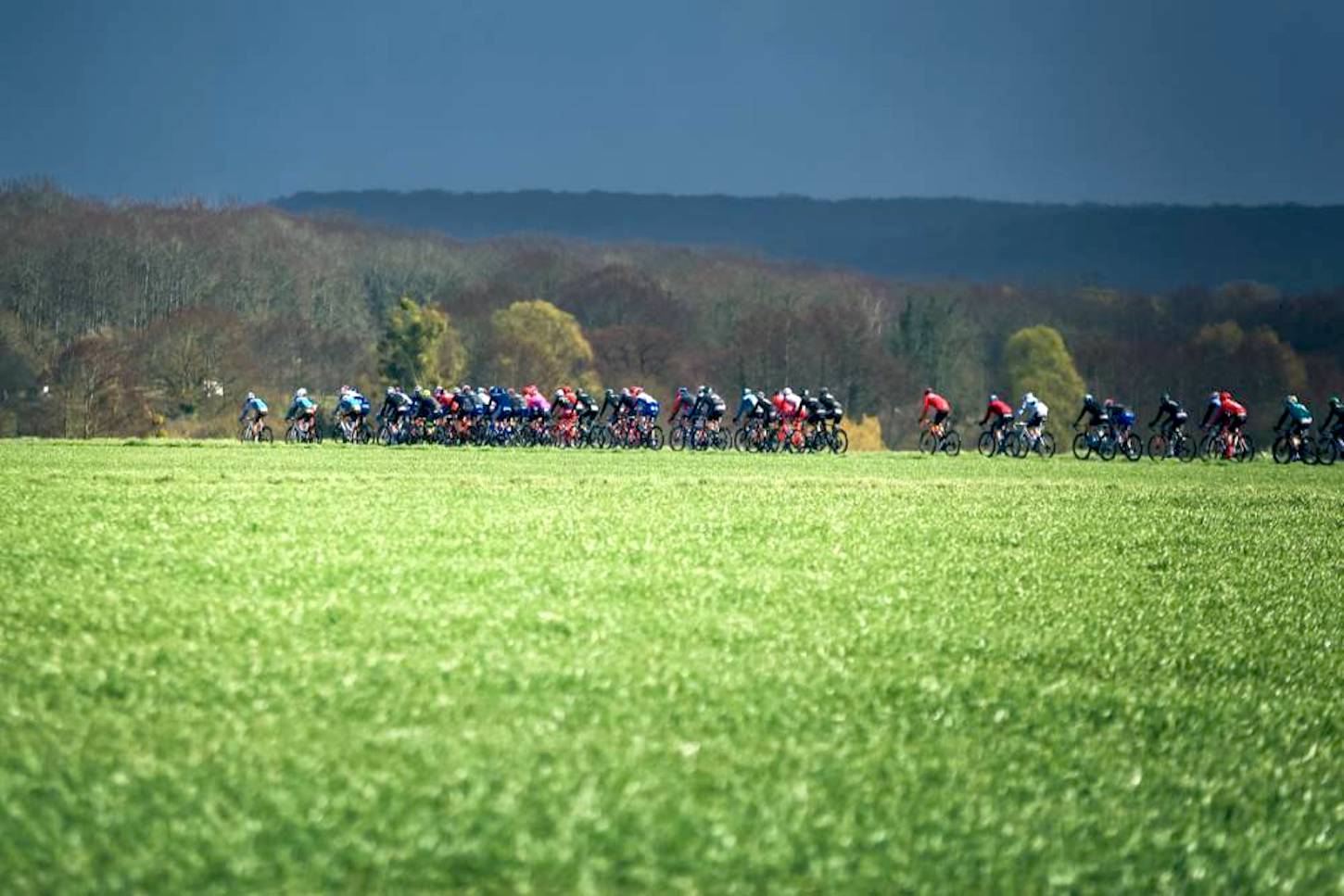 Giacomo Nizzolo stole the show from Maximilian Schachmann’s Bora-Hansgrohe team, after the Italian rider won stage 2 of Paris-Nice today. outwitting his rivals on the line.

Indeed, the NTT Pro Cycling rider surged on the wheel of Schachmann’s team-mate Pascal Ackermann during the final stretch to raise his arms in victory after another eventful day of rain, echelons and crashes which saw pre-race favorites Nairo Quintana (Arkea-Samsic) and Julian Alaphilippe (Deceuninck-Quick Step) lose 1:25 after crashing and flatting respectively.

Meanwhile, after being helped all day by teammate Peter Sagan, Schachmann retained his yellow jersey with a 15 seconds lead over Nizzolo and 21 seconds over Belgium’s Jasper Stuyven (Trek-Segafredo).

The break ended at kilometer 105 as Hivert relaxed, his main goal achieved. The tempo raised on the junction and a few riders were temporarily dropped, among them Richie Porte (Trek-Segafredo). The bunch regrouped for the Km-116 intermediate sprint in Puiselet, which Maximilian Schachmann, perfectly led out by Peter Sagan, won ahead of Sergio Higuita (EF Pro Cycling) to add three seconds to his overall tally.

With 30 km to go, Team Groupama-FDJ and a few Trek-Segafredo riders, among them world champion Mads Pedersen, raised the pace and echelons took place. Among the riders dropped featured Australia’s Caleb Ewan (Lotto-Soudal), Ireland’s Sam Bennett (Deceucninck-Quick Step) and his leader Julian Alaphilippe, who flatted. Five kilometres further down the road, pre-race favourite N Quintana crashed and managed to get back in the race on the bike of his brother Dayer. In the last 20 km, a group of 35 riders emerged, including Schachmann, Thibaut Pinot, Sergio Higuita, Peter Sagan, Pedersen and Vincenzo Nibali to battle it out for the stage win.

Sagan again raised the pace in the last 10 km, taking 11 riders with him: Schachmann, Pedersen, Nibali, Stuyven, Felix Grossschartner, Higuita, Ackermann, Nizzolo, Nils Politt, Krists Neilands and Mads Schmidt (all Israel Startup Nation). The stage looked set for Ackermann to win the sprint with two team-mates of the caliber of Sagan and Schachmann in the group, but Nizzolo played it just right and outwitted the Boras to surge in the last stretch and take the stage, his second victory of the season after the 5th stage of the Tour Down Under.