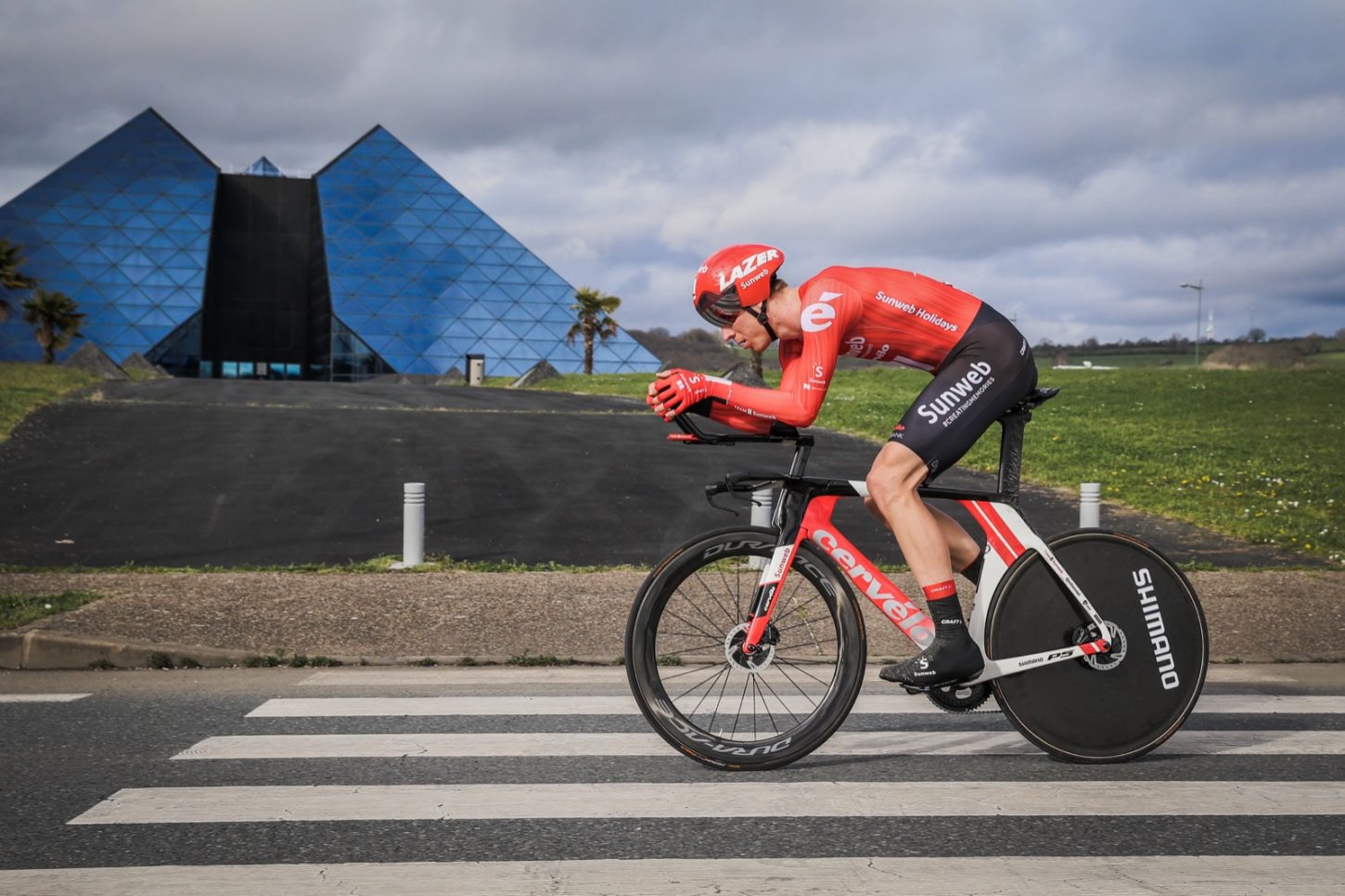 Kragh Andersen covered the 15.1 kilometer course in 18:51, holding off Schachmann by six seconds.

Schachmann had led Giacomo Nizzolo by 13 seconds after stage three, but the Italian dropped in the standings after finishing over a minute down on his German rival.

The race is being held ‘behind closed doors’ to comply with the French ministry of health’s ban on gatherings of more than 1,000 people in response to the coronavirus outbreak.

Public access is restricted at the start and end of each stage, and there is a buffer zone of 100 meters m to the podium at the start of a stage and 300 meters the end.

First on course, polka-dot jersey holder Jonathan Hivert (Direct Energie) started at 13:38 but his time of 21:32 did not last long. The first rider to make a lasting impression was 2017 and 2018 French time trial champion Pierre Latour (Ag2R), who clocked 19:31, beating team-mate Alexis Gougeard by five seconds. The Ag2R team achieved a great overall performance, Benoit Cosnefroy also being clocked under 20 minutes. Latour’s time was rapidly improved by Slovenia’s Jan Tratnik (Bahrain-McLaren) in 19:24 but above all by Thomas De Gendt (Lotto-Soudal), who set the bar even higher in 19:04 thanks to a swashbuckling descent.

It was too high in any case for Richie Porte (Trek-Segafredo), the 2013 and 2015 Paris-Nice winner, who lost 21 seconds on the Belgian. Specialists did their best – world hour record holder Victor Campenaerts clocked 19:06, Swiss champion Stefan Kueng 19:17 and his Groupama-FDJ team-mate, Swedish TT champion Tobias Ludvigsson 19:18. But the bumpy course also favoured a different type of riders with Pello Bilbao (19:06) and Norway’s Kasper Asgreen (19:03) upsetting the pure “rouleurs” by taking the front positions. Kragh Andersen was even more at ease, speeding down the final descent to beat the 19-minute barrier and clinch one of his most memorable wins to date.

Schachmann was the only one to come any close while the GC contenders, the men expected to battle it out for final victory at the weekend, all finished really close to one another. While Alaphilippe never settled in the right pace and lost 36 seconds, Colombian champion Sergio Higuita (EF Pro Cycling) was 45 seconds down, his compatriot Nairo Quintana (Arkea-Samsic)  51 seconds behind, France’s Thibaut Pinot (Groupama-FDJ) 50 seconds back and Vincenzo Nibali (Trek-Segafredo) 53 seconds adrift. But at the end of the first real test of this edition, the real favorite could now be the man in the yellow jersey himself.