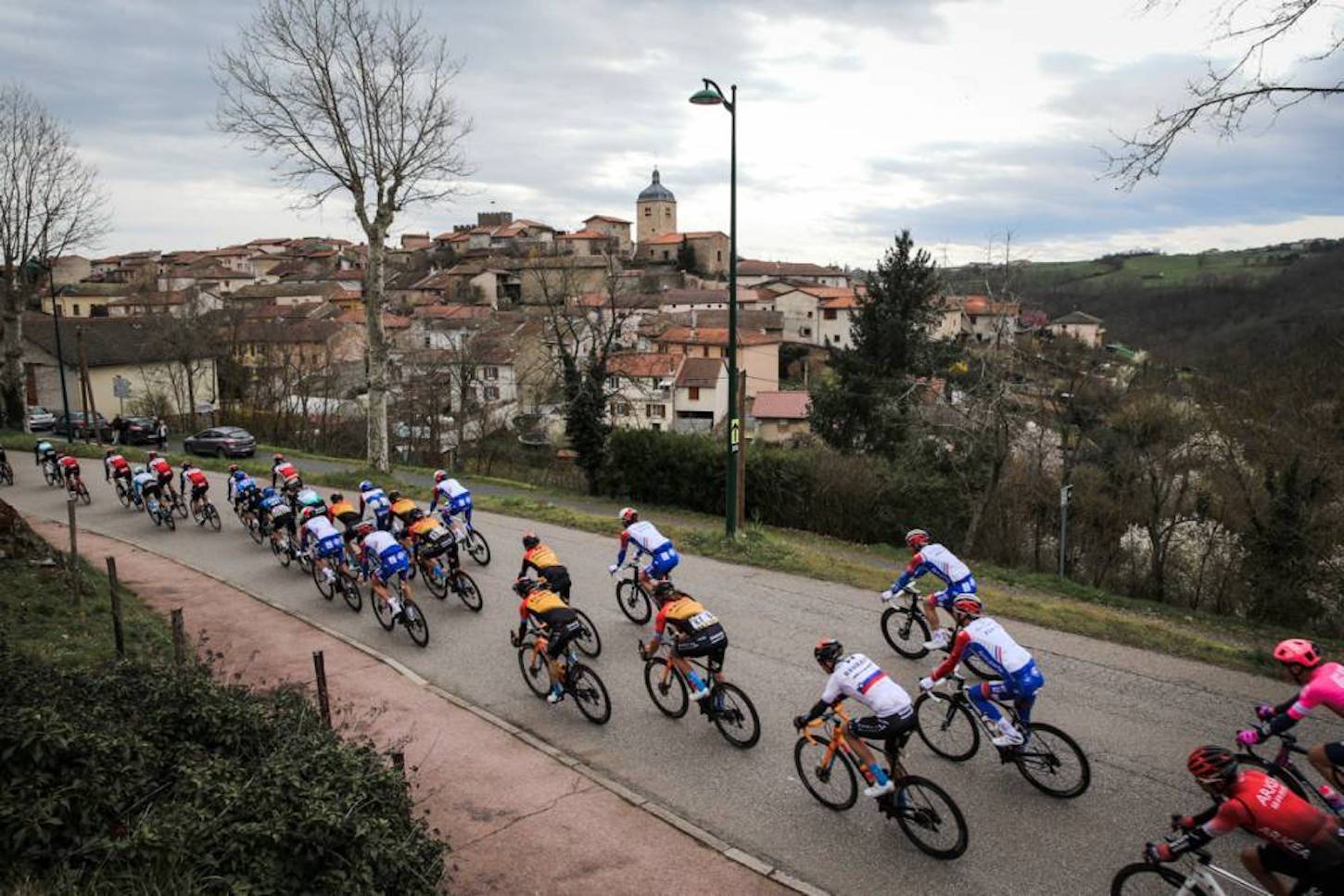 Niccolo Bonifazio (Total Direct Energie) claimed stage 5 of Paris-Nice today, after the Italian rider brought the curtains down on the hopes of Jan Tratnik (Bahrain McLaren) during a thrilling finale.

Having dropped all of his breakaway companions and managing to stay out front for most of today’s 227 kilometer stage from Gannat to La Côte-Saint-André, Tratnik looked poised to seize the race honors as he entered the home straight alone.

However, a determined peloton caught the Slovenian rider during the waning moments of the stage, with Bonifazio springing past him with just 60 meters to go, while Tratnik’s teammate, Ivan Garcia Cortina and Bora-Hansgrohe’s Peter Sagan tried to match the Italian rider’s acceleration.

Meanwhile, Max Schachmann (Bora-Hansgrohe) retained his overall lead as the general classification, after finishing safely in the peloton. But, the German was made to go on the defensive when Julian Alaphilippe and his Deceuninck-QuickStep team launched a series of attacks during the final 15 kilometers.

From there, the escapees’ advantage over the peloton steadily rose, with Turgis sweeping up most of the points along the first two climbs and sprint of the day, while Polka-dot jersey holder Jonathan Hivert (Direct Energie) added a point to his tally.

In the meantime, Oliver Naesen (Ag2R) was forced out of the race with a stomach virus, while Pascal Ackermann (Bora-Hansgrohe), Diego Rosa (Arkea-Samsic) and Frederik Backaert (B&B Hotels) also gave up at the feed zone.

Cofidis’s Julien Vermote took over from Bora-Hansgrohe’s Juraj Sagan and Lotto-Soudal’s Sander Armee leading the chase, why the escapees’ lead had ballooned to 7:10 at the 37 kilometer mark.

Approaching the Cote de Treves, the breakaway group was still clinging to a three minute margin, while Turgis brought his KOM tally to 14 points, followed by four more on Cote de St. Prim.

A short time later, Michael Woods (EF Pro Cycling) was also forced to abandon the race after a crash with 48 kilometers remaining.

Up front, Lotto-Soudal’s Thomas De Gendt, NTT’s Victor Campenaerts and Vermote continued leading the chase, while the leading quartet’s gap had been reduced to just one minute with 20 kilometers to go.

It wasn’t long before Turgis and Mullen decided to fall back into the peloton, leaving only Tratnik and Gougeard out front.

With less than 20 kilometers to go, Alaphilippe and Bob Jungels (Deceuninck-Quick Step) decided to shake things up in the peloton, taking Kasper Asgreen, Pello Bilbao, Jasper Stuyven and Nikias Arndt along with them.

However, the group was caught with 7 kilometers still remaining, while Tratnik had dropped Gougeard and found himself alone at the front.

But, the Slovenian time-trial specialist was ultimately reined in by the chase during the final stretch, with Bonifazio snatching the stage honors from him.