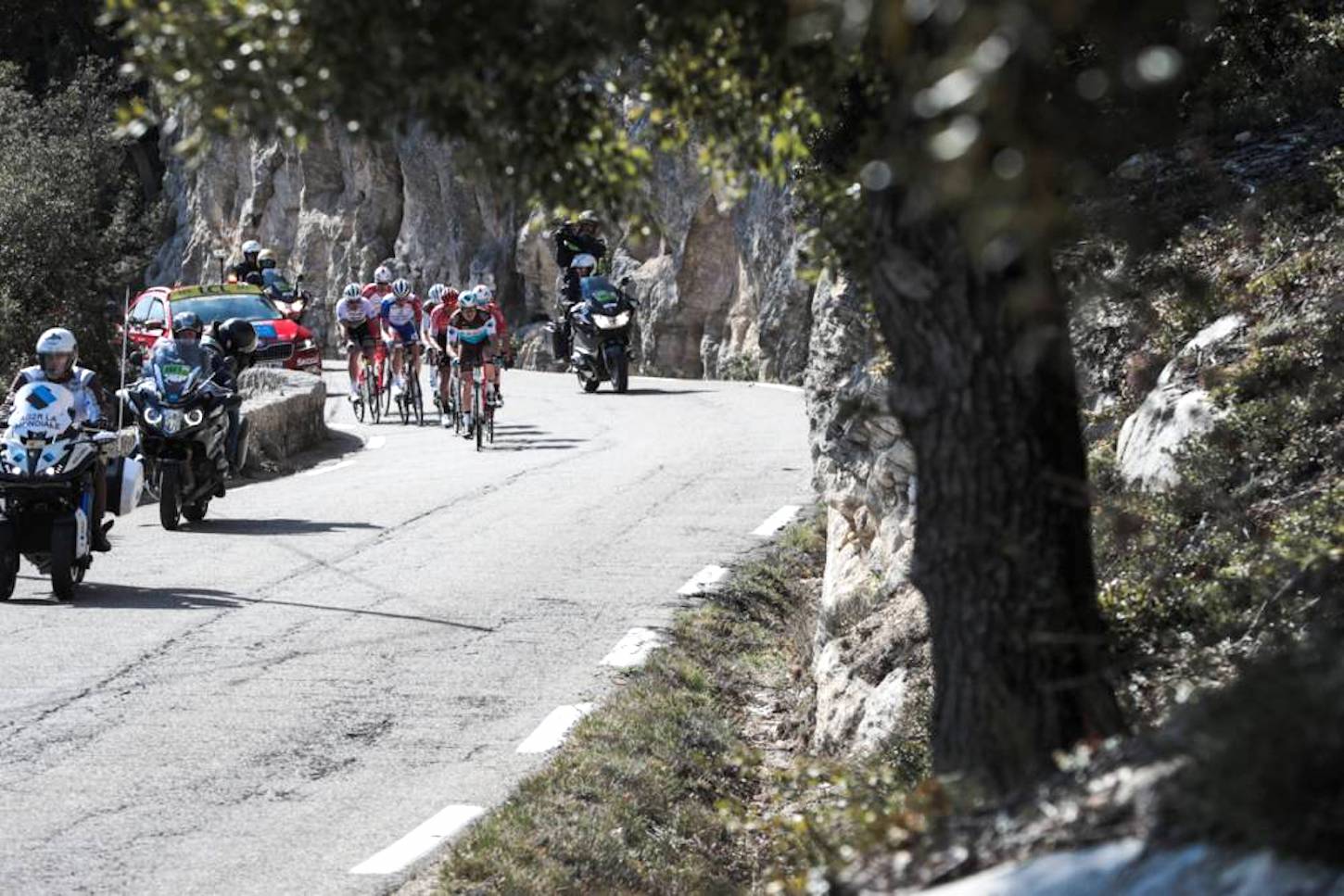 Tiesj Benoot (Team Sunweb) claimed an impressive solo victory in stage 6 of Paris-Nice today, moving the Belgian rider up in the overall classification ahead of the final stage on Saturday, as a final-kilometer crash cost Max Schachmann (Bora-Hansgrohe) crucial seconds.

Benoot surged during the last 14 km behind his team-mate Soren Kragh Andersen, to solo his way toward the finish and win with a 22-seconds lead over Michael Matthews, also of Team Sunweb, while third place went to Colombian champion Sergio Higuita (ED Pro Cycling), for many the favorite in tomorrow’s final stage to La Colmiane.

In the aftermath of his crash, Schachmann still managed to retain his yellow jersey with a 36 second lead over Benoot and 1:01 over Higuita and Felix Grosschartner (Bora Hansgrohe).

As stage 2 winner Giacomo Nizzolo (NTT Pro Cycling), Hugo Hofstetter and Mads Schmidt (Israel Start-Up Nation) quit, the lead of the seven escapees settled at around 1:30 ahead of a pack pulled by Deceuninck-Quick Step. Nicolas Edet kept collecting KOM points along the way, finishing first on top of Cote de Gordes (km 69) and Col du Pointu (Km 100.5). Edet attacked again, followed by Bardet as the peloton were reaching Apt for the first time (114.5). The leading group split and the two Frenchmen found themselves joining forces in the front to tackle the 2nd category Cote de Caseneuve.

While their former breakaway companions were reeled in one after the other, Kragh Andersen, second overall at the start, chased on his own to try and bridge his 58-seconds gap with Schachmann. He caught Edet and Bardet with 33 km to go. The gap at that stage was about a minute but it gradually melted down to 20 seconds before the last climb, Cote d’Auribeau (2nd cat), when Edet was unable to stay with Bardet and Kragh Andersen. In the ascent, the Dane dropped Bardet (15 km to go) and soloed on. Vincenzo Nibali (Trek-Segafredo) attacked behind him with 14 km to go but Benoot countered and joined efforts with his team-mate in the finale before going on his own.

Benoot found himself alone in the lead in the finale as countless attacks took place in what remained of the peloton. But there was no denying the Belgian, who took advantage of the perfect work done by his team, rewarded by the second place earned by Michael Matthews. The Australian outsprinted all the other leading contenders of this stage and of Paris-Nice, Higuita, Bob Jungels and Julian Alpahilippe ahead of the final showdown at La Colmiane on Saturday.