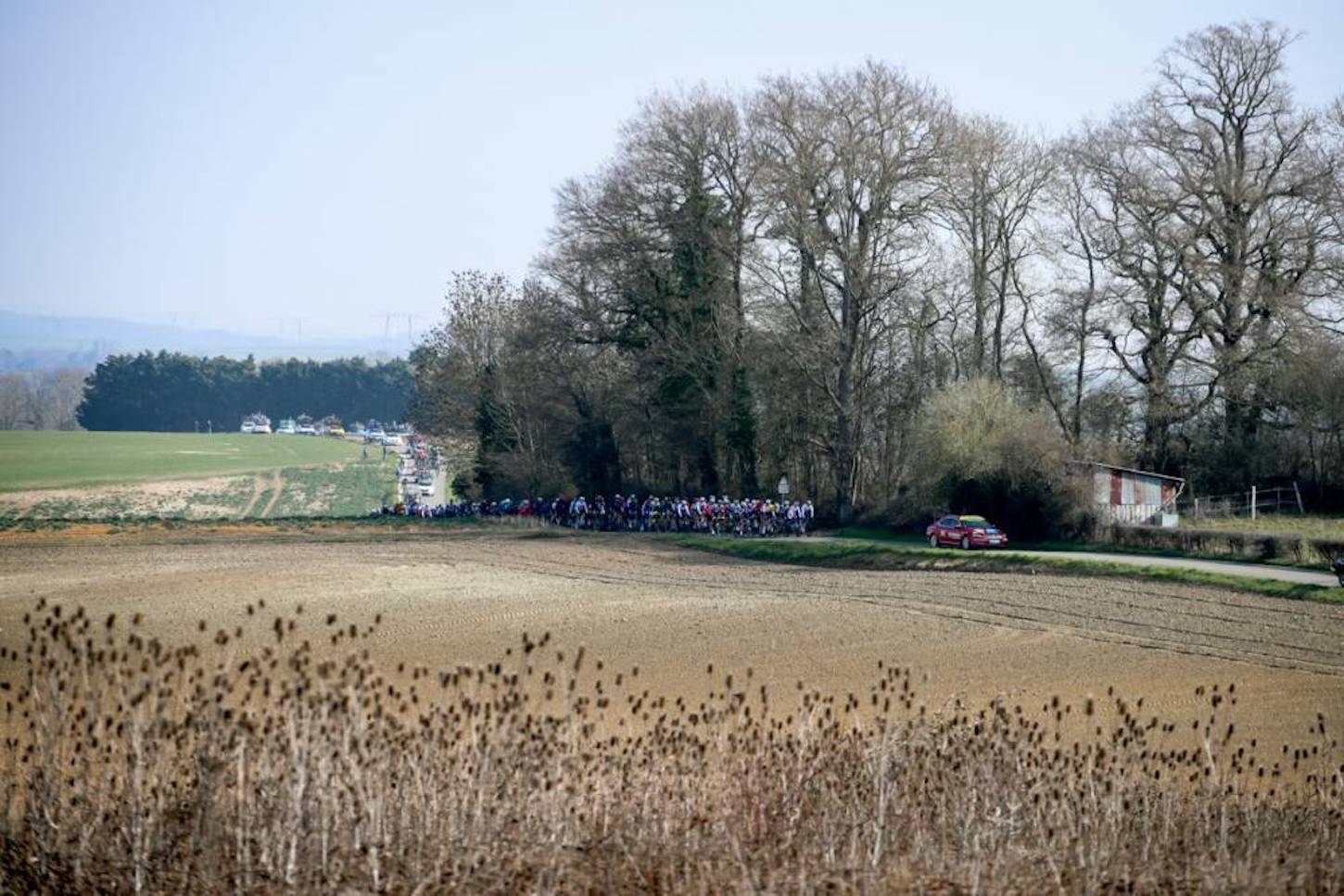 “It’s the best feeling,” said Bol. “I had a bit of a struggle at the start of the season – I wasn’t so good until now – but we kept believing and today, with superb help from my team-mates, we smashed it.

“We went well through the last corner. I was close to being boxed in but Nils Eekhoff recognised the moment and kept the door open for me. I found a good wheel.

“The guys from Trek did a strong lead-out but I started my sprint at the right moment and had the power to hold it to the line.”

Matthews now holds the overall lead by four seconds ahead of Pedersen, after taking five bonus seconds during the day and a further four on the line.

The break of the day took place at kilometer 17.5 when Belgians Sander Armee (Qhubeka) and Dries de Bondt (Alpecin-Fenix) parted with the rest of the peloton. The pack gave them the go-ahead and the duo gradually increased their lead, which topped at 4:25 at kilometer 33 and remained stable at around three minutes until the day’s climb, Cote des Granges-le-Roi at kilometer 72.2.

Armee was first ahead of De Dondt at the top of the climb with Fabien Doubey (Total Direct Energie) snatching the remaining point to secure the polka-dot jersey.

The peloton split into several echelons after Trek-Segafredo upped the pace and the two escapees were brought back at kilometer 84. The second part of the bunch, in which featured Steven Kruiswijk among others, finally regrouped a few kilometers further down the road, shortly before the first bonus sprint of the day, taken by Michael Matthews (Bike Exchange).

With 70 kilometers to go, Deceuninck-Quick Step also increased the tempo in the crosswinds, splitting the pack into three echelons. Kruijswijk was again among the riders dropped by the front of the bunch but the pack regrouped once more.

Andre Greipel (Israel Startup Nation) won the second bonus sprint ahead of Matthews, and the Australian found himself level with Bennett on time in the GC before the final sprint. Shortly after the sprint, George Bennett (Jumbo-Visma) crashed but was quickly back on his bike.

It was not the case for Alexis Vuillermoz (Total Direct Energie), who was forced to call it quits with a suspected collarbone injury in a later pile-up.

A late crash involved Gregor Muehlberger (Movistar) and Daniel Arroyave (EF Education-Nippo) before the stage was set for the final bunch sprint. Trek-Segafredo led for most of the last two kilometers to position Mads Pedersen ideally, while Bennett was blocked a bit behind after a crash took place in the last corner.

But, Bol was the most cunning of a lot as he surged behind Pedersen and France’s Bryan Coquard to snatch his most emphatic win to date after several top five placings in the last Tour de France.