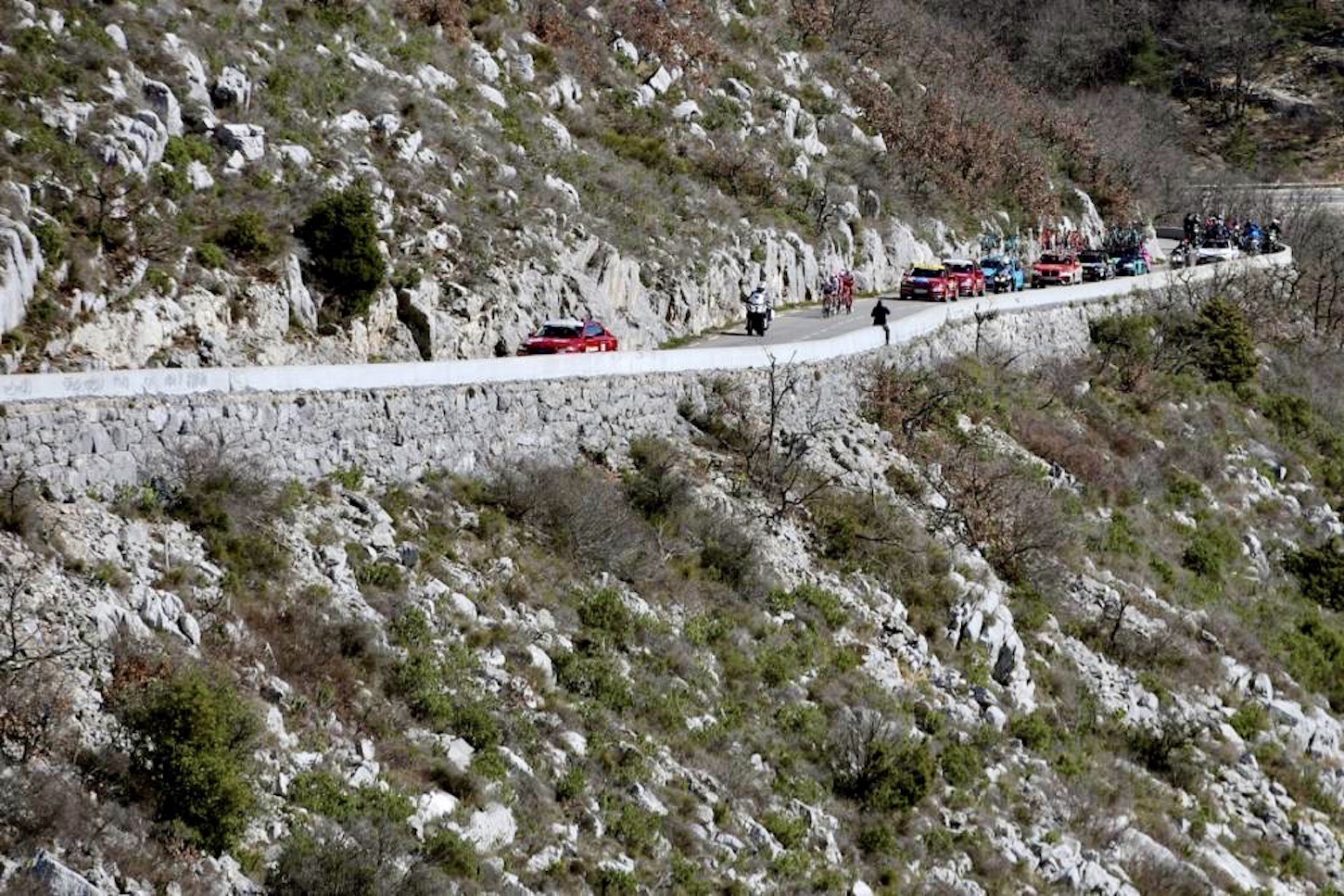 Primoz Roglic produced a brilliant attack during the closing meters of stage 6 of Paris-Nice to claim the victory today.

Despite having no team support, the Slovenian rider managed to fend-off some venerable sprinters in what was a stunning performance. He is now in full control of the general classification thanks to the 10 bonus seconds he received.

Roglic was part of the peloton that eventually reeled in the breakaway group during the final kilometer, before battling his way to the front without any assistance from his team.

In the meantime, Cofidis tried to set up Christophe Laporte, while Michael Matthews (Team BikeEchange) was also in contention. But, neither  could match the acceleration of Roglic.

Lutsenko was eventually dropped, while most the group was also reeled in with 20 kilometers remaining, leaving just Elissonde alone out front.

Back in the peloton, Mads Pedersen (Trek-Segafredo), Pascal Ackermann (Bora-Hansgrohe) and Arnaud Demare (Groupama-FDJ) were dropped along the final climb, with Jonas Rutsch (EF Education-Nippo) bridging his way to Elissonde, during the  final kilometers before both riders were reined in.

However, a determined Rutsch attacked again, but to no avail, as he was caught just one kilometer later.

Also, in the closing meters the green jersey wearer Sam Bennett gave up the ghost, coming to a near standstill.